The idea of a “healthy” life and diet is being redefined by the advent of new technologies, with one in particular — blockchain. From food tracking apps to health-conscious personal assistants to an automated solution for body augmentation, many aspects of fitness will soon be accessible through technology instead of physical effort.

Low levels of the neurotransmitter serotonin are known to have a role in various mental and physical health disorders, including depression, sleeplessness, and obesity, therefore increasing levels seems to be one method to address these problems. Taking 5-HTP tablets is one technique to help the body’s serotonin production.

5-HTP (short for 5-hydroxytryptophan) is a precursor of serotonin, a neurotransmitter. It’s formed from the amino acid tryptophan, one of the “building blocks” of proteins.

Griffonia plant seed extract, Griffonia simplicifolia, and oxitriptan are some of the various names in supplement form.

What is the purpose of 5-HTP? 5-HTP pills are often used to alleviate symptoms and ailments like:

What are the benefits of 5 HTP to your body? It acts mainly by boosting serotonin production; a “feel good” neurotransmitter. As a result, it can improve mood, energy levels, motivation, hunger, sleep, and nervous system function.

While serotonin can’t be taken as a supplement since it can’t pass the blood-brain barrier, 5-HTP may help the body create more of its own.

Here are some of the most common 5-HTP applications and benefits:

1. Can Assist in the Treatment of Anxiety and Depression

While 5-HTP pills may not work for everyone, there is evidence that they can help some individuals reduce their stress, sadness, anxiety symptoms, and panic attacks.

Why is 5 HTP beneficial to anxiety? First, it may help the brain produce more serotonin. In some instances, this may have a significant influence, but in others, it may not work and prescription treatments.

According to MentalHelp.net, a website dedicated to mental health,

Some study has also supported the use of 5-HTP for depression therapy. However, the trials were conducted on small groups of patients, limiting the conclusions that can be taken regarding 5-HTP’s potential benefits as a generalized depression treatment.

What does it have in common with SSRI drugs (used to treat anxiety and depression symptoms)? SSRIs function by blocking the enzymatic breakdown of synaptic serotonin rather than boosting serotonin synthesis in the brain. 5-HTP, on the other hand, may aid in the production of serotonin in the brain.

Doctors often advise individuals to take 5-HTP in addition to other antidepressant drugs or prescriptions for more help. People who are resistant to SSRIs may also utilize 5-HTP to combat depression.

2. It could be able to help you get a better night’s sleep.

Do you become tired after taking 5 HTP? It doesn’t operate like sleep-inducing drugs, which might make you feel sleepy, but it can make you feel calmer, which makes sleeping easier.

When combined with GABA and valerian root, both of which have relaxing properties, it has been proven to be very effective inreduceination may reIn addition, this is the amount of time it takes to fall asleep.

The conversion of serotonin to melatonin, a hormone vital for maintaining your circadian rhythm (your “internal clock”), is one method it might help you sleep better.

3. Can Help with Fibromyalgia Symptoms and Pain

According to some studies, taking 5-HTP at levels of at least 100 mg three times a day may help reduce various fibromyalgia symptoms such as pain, tenderness, anxiety, exhaustion, and stiffness. In addition, during the therapy period, approximately half of the participants showed “good” clinical improvement in one trial.

Supplementation should be taken for at least a few weeks to many months to get the maximum advantages.

It may also help relieve migraine symptoms in some people since serotonin levels play a role in this illness. In one research, supplementation resulted in a substantial improvement in 71% of subjects given 5-HTP.

4. May Assist in Obesity Reduction

5-HTP has been shown in specific trials to aid weight reduction by increasing fullness and decreasing appetite and calorie intake in obese people.

Another research that had participants take 750 milligrams of 5-HTP for two weeks discovered that supplementation was linked to eating less, mainly carbs, and moderate weight reduction.

Is 5-HTP a safe supplement? When taken by mouth at dosages up to 400 mg per day for up to one year, it seems safe for most individuals.

However, there are specific possible 5-HTP adverse effects to be aware of, including:

According to some researchers, in rare situations, excessive dosages may also cause muscular soreness (myalgia) and blood irregularities.

Pregnant women and those who will have surgery within the next two weeks should avoid using this supplement.

Because 5-HTP and depression drugs boost serotonin levels, this might lead to dangerous side effects such as altered brain functioning and behavioral abnormalities.

If you’re using any of the following drugs, don’t use this supplement:

Is 5-HTP harmful to the liver? Although it isn’t expected to cause liver damage, a comparable supplement (L-tryptophan) has been linked to liver difficulties in the past owing to contamination concerns.

Even though tryptophan supplements are safe in most cases, they are nonetheless prohibited in certain nations. However, 5-HTP is a popular substitute for tryptophan pills, and it may have comparable effects in terms of mood enhancement.

5-HTP may be made in supplement form from the seeds of Griffonia simplicifolia, an African shrub.

Dosage recommendations vary based on symptoms, but most research studies have shown that a daily dose of 150 to 800 mg is safe. While sprays are available, the most typical method is to take pills by mouth.

The most common dose is between 300 and 500 mg. Higher dosages of up to 3,000 grams per day may be required in some instances, but it’s a good idea to get medical advice before doing so, mainly if the quantity is to be taken for more than a few weeks.

Most patients start with a two- to six-week course of 5-HTP. After that, the complete dosage may need to be split into two to three doses each day, depending on how much is consumed.

It’s best to start with a modest dosage and progressively raise it every one to two weeks until you reach your goal dose.

Try taking 5-HTP pills before or with a meal if you want to boost satiety when eating and lose weight. 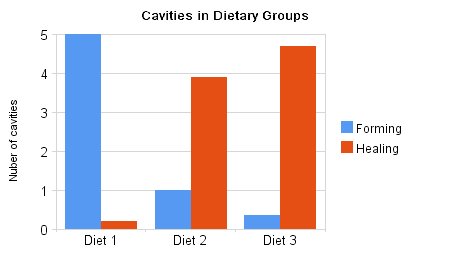