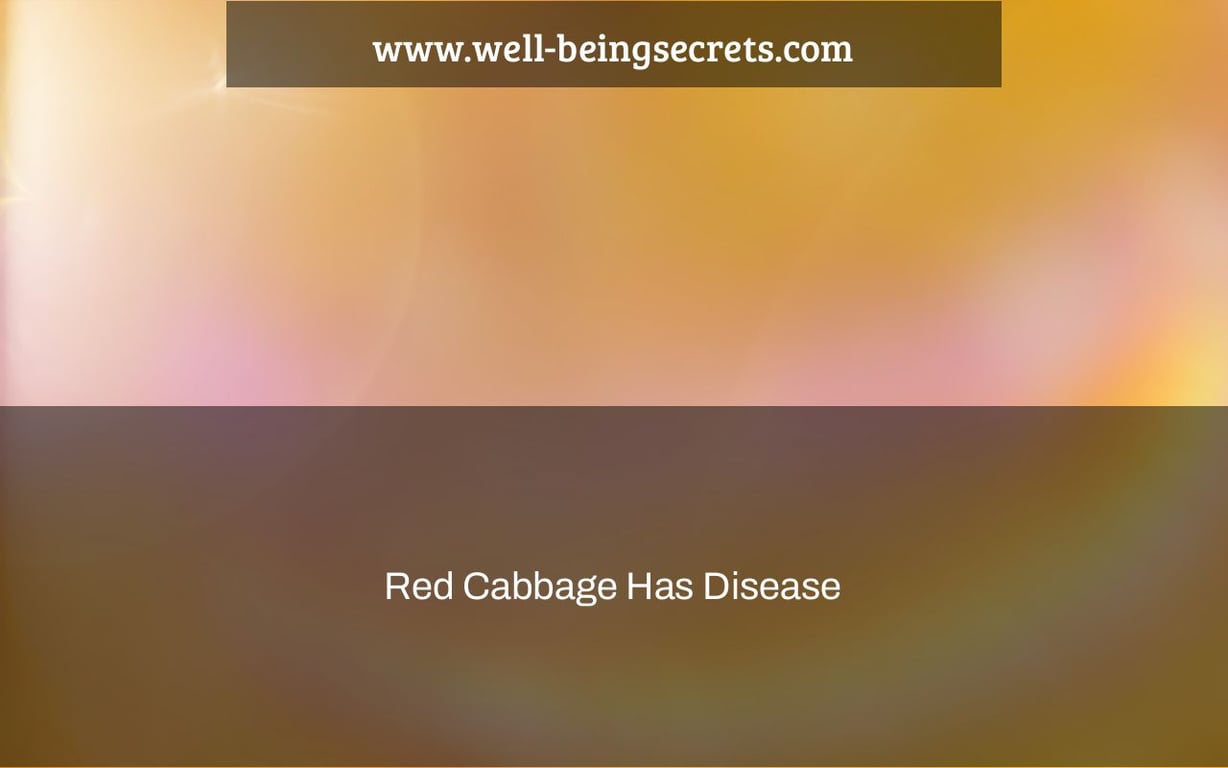 The red cabbage is a vegetable that has long been used in Chinese and Asian cuisine. In recent years, it has taken on many different forms of preparation. If you’re wondering this one will be beneficial to your health or not, read on!

While both red and green cabbage are beneficial to your health, red cabbage has a higher nutritional profile. Red cabbage, for example, supplies 85 percent of the daily vitamin C our bodies need, but green cabbage only gives 47 percent. So red cabbage, believe it or not, provides more vitamin C than oranges.

Although red and green cabbage are two distinct cabbage kinds, their flavors are comparable. Red cabbage has a pepperier flavor and is often smaller and denser than green cabbage. The dark purple or crimson color of red cabbage leaves is due to the pH levels of the soil in which it is cultivated and pigment from the nutritionally beneficial anthocyanins it contains.

The leaves normally get more crimson in acidic soils, becoming more purple in neutral soils. This explains why different locations have different names for the same plant. Red cabbage grows well on well-fertilized soil with plenty of dampness. It’s a seasonal plant that blooms in the spring and is harvested in the autumn.

It’s also worth noting that red cabbage is one of the Clean 15 fruits and vegetables on the Environmental Working Group’s Guide to Pesticides in Produce, indicating that it has the fewest pesticide residues. If you’re worried about pesticides, though, go for organic cabbage.

Red cabbage has ten times the amount of vitamin A as green cabbage. Due to lutein and zeaxanthin, which primarily operate as eye-supporting antioxidants, vitamin A helps prevent early-stage age-related macular degeneration from advancing. It may also help to maintain the health of the skin and immune system. Vitamin A may help keep teeth, skeletal tissue, and mucous membranes in good shape.

Both are high in vitamin C, which supplies antioxidants as well as collagen protein. Vitamin C is required by the body to aid in the healing of wounds and injuries, as well as to maintain bones, cartilage, and teeth strong and healthy.

The iron content of red cabbage is double that of green cabbage. Iron helps your muscles work efficiently during exercise and every day activities by delivering oxygen to your cells. Anemia, which causes tiredness, may be caused by a lack of iron in your diet.

Only Red Cabbage Has Anthocyanins

When it comes to antioxidants, red cabbage comes out on top. Anthocyanin pigment is present in red cabbage but not in green cabbage. Anthocyanins are the elements that give red cabbage its purple color, and they also offer proof of the cancer-fighting flavonoids it contains. Anthocyanins have been linked to a reduction in many forms of memory loss, as well as other disease-prevention effects such as the ones I mentioned before.

The Red Cabbage: Its Science and History

The purple hue of red cabbage is due to the anthocyanin pigments it contains, as I previously said. This pigment may appear red, purple, or even blue depending on the acidity of the soil in which the anthocyanin-containing plant is cultivated.

While green cabbage is also beneficial to one’s health, red cabbage’s color makes it the obvious victor in terms of total antioxidant load. Because “the number of total anthocyanins in red cabbage was discovered to have a direct link to the overall antioxidant capacity it supplies, [this implicates] the potential health benefit of red cabbage to human health,” plant geneticists at Cornell University say.

Although some sources suggest it was grown thousands of years before those civilizations wrote about it, red cabbage has a long and well-documented history extending back to the heights of Roman and Greek civilization. The Mediterranean area was where the original variety of the wild cultivar of red cabbage was cultivated.

Many historical people had contributed to the popularity of cabbage, including Cato, the Roman senator who is said to be the inventor of coleslaw when he insisted on eating raw cabbage with vinegar. Pliny the Elder, a notable Roman citizen who served in the military, authored philosophy, and documented typical Roman health practices, wrote about cabbage in Natural History, highlighting its medical virtues as a meal and as a poultice.

Although the earliest formal mention of cabbage in Europe was not until 1536, it is claimed that the Celts of central and western Europe were more responsible for the growing cabbage industry that predated the Romans and Greeks. People in the Mediterranean’s south produced cabbage varieties that could withstand higher temperatures than their native land.

Cabbage was probably transported to the Americas by Jacques Cartier in the 1540s when it was re-planted by colonists in the United States. However, this plant was not mentioned in pre-United States sources until 1669. By the 18th century, both Native Americans and Americans were recognized to grow and consume this nutritious vegetable.

The original cabbage form, known as “round-headed,” has given rise to a variety of different cabbage shapes throughout the years, including flat-headed, egg-shaped, conical, and pointed.

How to Cook with Red Cabbage

Red cabbage may be prepared in a variety of ways, including red cabbage slaw, braised red cabbage, steamed red cabbage, or just eaten raw in salads. Red cabbage usually turns blue when cooked. If you want the red color to stay, you’ll need to add apple cider vinegar or acidic fruit to the pot.

The nutritional value of this plant, like that of most plants we consume, begins to decrease after it is cooked. Therefore, a research was carried out to demonstrate how this works using red cabbage. This study showed that steaming, microwaving, boiling, and stir-frying red cabbage reduced total nutrition and anthocyanin capacity. But on the other hand, steaming helped to preserve a significant quantity of other antioxidants, including vitamin C.

According to these researchers, Asian cooking techniques may be your best choice if you decide to prepare cabbage. While eating it raw will preserve its nutritional content, using less water and heating it for a shorter period (especially steaming rather than microwaving or boiling the cabbage) will still give enough nourishment.

Furthermore, simply washing but not completely cleaning the cabbage helps you to keep crucial gut-boosting bacteria that come from ingesting dirt.

Red cabbage is a cruciferous vegetable with a long list of well-documented health advantages, including:

While both red and green cabbage are healthy, red cabbage has a higher nutritional profile and more antioxidants overall. For example, red cabbage delivers 85 percent of the daily vitamin C our bodies need, but green cabbage only gives 47%.

The best approach to obtain the most nutrients from red cabbage is to eat it raw, but if you must prepare it, steam it with as little water as possible for a quick cooking time.

Is it safe to eat cabbage with Tipburn?

A: In general, yes. However, you may want to avoid cabbage that’s been left out for long periods of time or if it appears rotten in any way.

How do you control cabbage disease?

A: Cabbage is a plant that grows in soil, but this can go bad. If the cabbage gets too wet or too warm, it will take on disease and get sick. To prevent it from getting sick, you should just make sure not to overwater your plants and keep them cool because overheating them may lead to sickness as well.