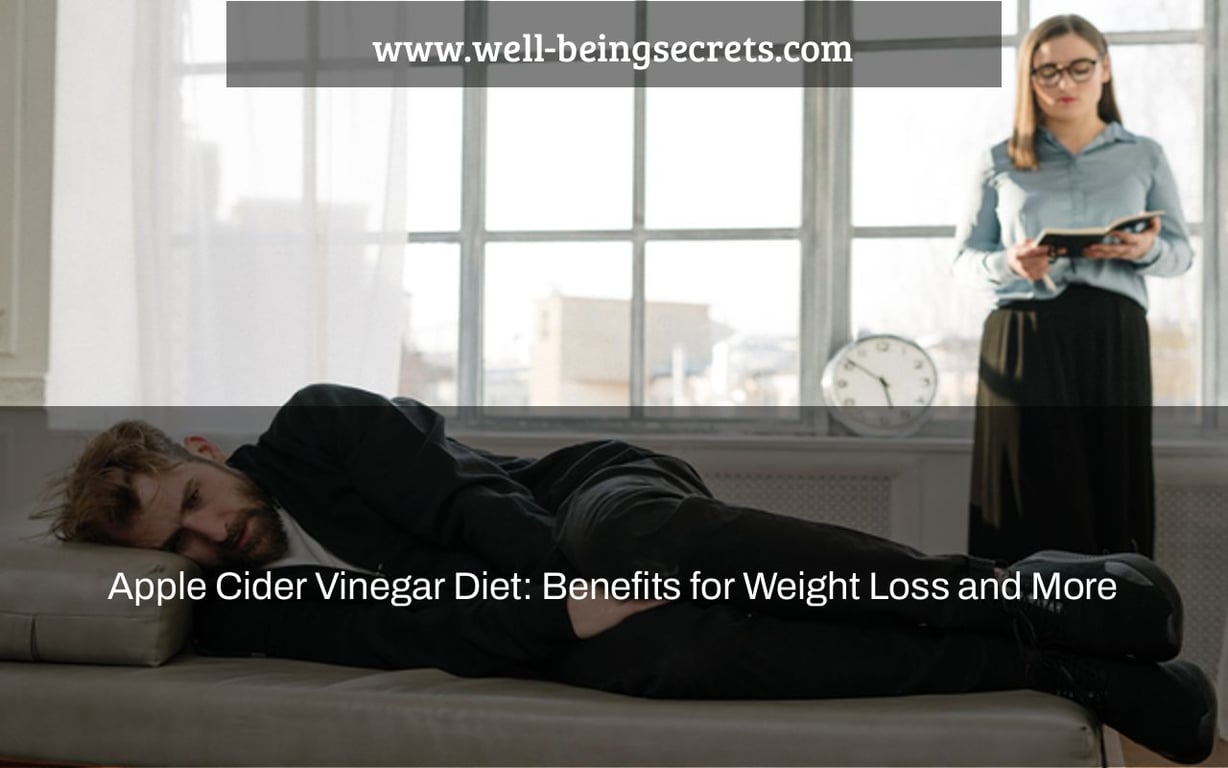 A health-conscious lifestyle is a must for anyone who wants to stay healthy and in shape. The Apple Cider Vinegar diet can effectively achieve a healthier body by balancing out your digestive system, boosting your metabolism, and reducing inflammation levels.

The apple cider vinegar diet, which merely adds a few spoonfuls of apple cider vinegar to your regular meal, may seem similar to previous fad diets that have long since gone away. But on the other hand, Apple cider vinegar is a potent component that has long been prized for its medicinal characteristics. Research suggests that it may help accelerate metabolism, stimulate fat-burning, and encourage satiety, all of which can lead to long-term weight reduction.

Apple Cider Vinegar Diet and How It Works

The organic apple cider vinegar diet comes in various forms, but it’s usually a straightforward concept involving drinking 1–2 tablespoons of apple cider vinegar before or with each meal. Not only will you feel fuller for longer, but others believe that it will also accelerate your metabolism, increase fat-burning, and keep your blood sugar levels stable, reducing appetite.

There are numerous additional diet variants, many of which combine apple cider vinegar with other weight-loss substances. For example, some people recommend combining an apple cider vinegar diet with Garcinia cambogia. This tropical fruit has been extensively researched for its potential to suppress hunger and prevent weight gain.

1. It makes you feel more satisfied

Because of its powerful effect on satiety and appetite, apple cider vinegar is frequently used for weight loss. In fact, according to research published in the European Journal of Clinical Nutrition, mixing apple cider vinegar with white bread lowers blood sugar levels and increases feelings of fullness.

Another research from Arizona State University discovered that drinking vinegar with meals lowered caloric consumption by 200–275 calories for the day, which might be pretty helpful for weight reduction.

There’s no question that apple cider vinegar aids weight reduction and fat burning when used in conjunction with a nutritious diet and regular exercise. In addition, animal studies reveal that acetic acid, one of the key chemicals in apple cider vinegar, may help prevent body fat buildup by affecting many genes and proteins involved in fat storage.

A study out of Aichi, Japan, discovered that drinking 15–30 milliliters of vinegar per day reduced belly fat, body weight, and waist circumference significantly as compared to a control group.

Increased appetite and desires are among the most common symptoms of low blood sugar. Hypoglycemia symptoms such as hunger, weariness, and weakness may develop when blood sugar levels drop.

Apple cider vinegar may help you lose weight by raising your metabolism and increasing the number of calories you burn each day, in addition to lowering your hunger and food consumption.

For example, in animal research done by the Central Research Institute, specific chemicals in apple cider vinegar were shown to be beneficial in activating AMPK, a type of enzyme involved in metabolism and energy levels.

So, how many apple cider vinegar drinks should I consume to lose weight? Most experts recommend drinking 1–2 tablespoons diluted with water before each meal, but you should start with a lower dose and gradually increase it to ensure you can tolerate it.

If you don’t like drinking apple cider vinegar straight, there are various apple cider vinegar diet recipe choices you may try instead. Typically, these entail combining ACV with water, juice, and a variety of herbs and spices to improve the finished product’s taste and health benefits.

Other Uses for ACV

Apple cider vinegar tablets are also available as a fast and easy way to obtain your daily dose of ACV. However, there aren’t many studies on the effects of apple cider vinegar capsules, so it’s uncertain whether they have the same health advantages.

Because of its acidity, some of the most typical apple cider vinegar diet side effects include dental enamel erosion and throat or skin burning, particularly when ingested in high quantities. To limit the danger of negative side effects, consume apple cider vinegar in moderation and always dilute it with water before drinking. Each tablespoon should be combined with around one cup of water as a general guideline.

Drinking apple cider vinegar may induce undesirable side effects such as nausea and digestive problems in some individuals, particularly when they are initially starting out. Therefore, start with a modest dosage and gradually increase it to determine your tolerance.

It’s also not recommended for people with diabetes who take medication since it might drop blood sugar levels and interact with prescriptions. However, if you experience any unpleasant side effects or have any concerns, you should talk to your doctor about the best treatment options for you.

Finally, bear in mind that the diet plan will be ineffective unless it is combined with a healthy lifestyle and a good, well-rounded diet. Although ACV may assist boost outcomes, it shouldn’t be used as a stand-alone weight-loss solution.

How do you use apple cider vinegar for weight loss?

A: Apple cider vinegar is a popular and cheap weight loss supplement. It helps with appetite suppression, fat oxidation, increased energy expenditure and can help you lose weight in the long run by making your body more sensitive to insulin.

How much weight can you lose with apple cider vinegar in a week?

A: As a result of the benefits that apple cider vinegar provides, it is advertised as being able to help people lose weight. However, according to studies and medical professionals, this claim does not seem accurate in practice. Even so, most users still report keeping their weight off because they drink apple cider vinegar every day.

How long till apple cider vinegar makes you lose weight?

A: Apple cider vinegar is a healthy alternative to sugar, but it does not actually speed up the process of weight loss.