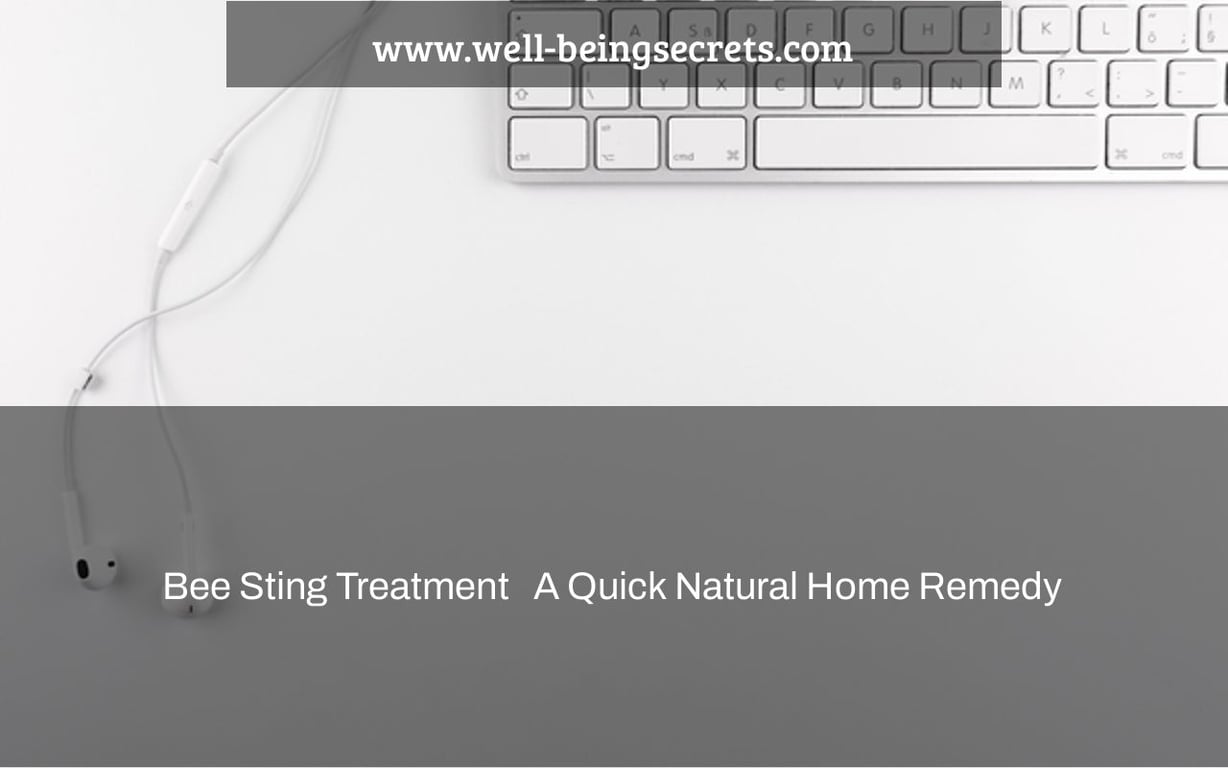 A bee sting is a painful and itchy process, but some natural home remedies can help ease the pain.

It’s good to have some bee sting treatment solutions on hand when the weather heats up and people spend more time outside. As you may know, a bee sting may originate from any variety of bees; however, a wasp sting is caused by a wasp. Bee stings are an annoyance and discomfort for most people, but they may be cured without medical assistance. “Only a small percentage of the population — one to two persons out of 1,000 — is allergic or hypersensitive to bee or wasp stings,” according to the University of California Integrated Pest Management Program.

You should not use a natural bee sting treatment if you are allergic to bee stings or if you have been bitten several times. Bee sting home remedies should not be used by anybody who has had a serious response to a bee sting. Breathing difficulties or throat constriction and other symptoms of a severe allergic reaction may occur. According to National Capital Poison Control, the most frequent “normal” response to a bee, wasp, yellow jacket, or hornet sting is not too bad. Pain, swelling, and itching are generally limited to the region where you were stung.

I hope you won’t need any of the bee sting treatments I will mention. However, if you or a loved one gets stung by one of those buzzing honey producers, you’ll know just what to do if you read this article.

When a bee stings you, it injects a deadly toxin into your body, which may produce unpleasant symptoms. Being stung by a bee is a regular occurrence. The sting will almost always be from a honey bee. In the United States, yellow jackets, which are really wasps rather than bees, are the most common cause of insect sting allergic responses.

According to The National Capital poison Control in National Capital Poison Control, all “normal” sting symptoms occur at the sting site. Pain, swelling, redness, and itching are all possible side effects. All of the impacts are concentrated in that one location. It’s an anticipated response, not an allergic reaction if the region is still red, swollen, itchy, and painful the following day.

A sting from a bee or wasp usually produces minimal symptoms at the sting location, such as:

Using a cortisone lotion or an antihistamine cream is common at this phase in the treatment of stings. Many individuals also use diphenhydramine (brand names include Benadryl) for extreme itching. If you want a natural bee sting treatment, the following are some of the best and most successful options:

Baking soda has a plethora of applications and treatments. Baking soda is even used in the natural treatment of bee stings. Instead of using a traditional steroid or antihistamine cream, Poison Control recommends using baking soda and water paste. This simple but extremely efficient bee sting cure, which also works as a wasp sting remedy, should not be overlooked.

Applying an ice pack to the region where you were stung is one of the simplest but most effective cures for a bee or wasp sting. The CDC also recommends ice as part of basic sting control for bees and wasps. Both inflammation and irritation will be relieved with the use of ice. It will also aid in drawing blood to the sting site, which will aid in the healing process.

The arms and legs are often stung. Elevate the injured limb if you’ve been stung on your arm or leg. Elevation will enable liquids to drain from the enlarged region where you were stung due to gravity.

Apple cider vinegar is another fantastic home bee sting remedy that you probably already have on hand. Apple cider vinegar may assist in neutralizing bee venom and so reduce undesired bee sting symptoms by being applied to the region where you were bitten. To apply apple cider vinegar to a bee sting, soak a non-sticky, absorbent pad or a bandage in the liquid and place it over the sting. That cushioned part will come into touch with the location where the stinger pierced your skin in this manner. You may also soak a clean piece of cloth in apple cider vinegar for 15 to 20 minutes and apply it to the affected region.

So, although a honeybee may have been the source of your throbbing sting, the honeybee’s products may also aid in relieving inflammation and itching. It may also aid in the prevention of infection. I’m talking about honey, and raw honey, in particular, is recommended because of its increased anti-inflammatory enzyme content. 22 amino acids, 27 minerals, and 5,000 enzymes are found in raw honey. The enzyme glucose oxidase creates hydrogen peroxide when honey is administered to a sting site or lesion. This makes bacteria’s habitat uninhabitable. A tiny quantity of high-quality honey may be applied to the stung location, covered with a loose bandage, and left on for an hour or less. You may repeat this as often as necessary throughout the day.

When it comes to all the ways witch hazel may reduce inflammatory skin concerns, the list goes on and on. Witch hazel is an astringent prepared from the witch hazel plant’s leaves and bark. As required, administer witch hazel directly to the sting location.

Because charcoal stains everything it comes into contact with, you may wish to cover the sting area with a bandage after applying the mixture. You may also use my DIY Healing Poultice Remedy, which my grandmother used to treat my bee stings when I was a youngster.

Caution and Possible Side Effects

A bee sting may produce anaphylaxis, which is a life-threatening allergic response. Anaphylaxis often manifests as acute itching of the eyes or face at first. More severe symptoms might emerge within minutes, including:

If you have any signs or symptoms of anaphylaxis, you should seek medical attention immediately. If anaphylaxis is not treated promptly enough, it may result in shock, coma, and even death.

According to Mayo Clinic, most bee stings do not need a trip to the emergency department or a visit to your doctor. However, in more critical situations, you should seek medical attention right once. Call 911 if you have a severe response to a bee sting and just one or two symptoms that imply anaphylaxis. Use it as soon as possible if you’ve been given an emergency epinephrine autoinjector (such as an EpiPen®). A person who has had a severe allergic response to a bee sting has a 30 to 60% probability of developing anaphylaxis the following time they are bitten. Adults’ responses are also more severe than children’s. In addition, adults are more likely than children to die from anaphylaxis.

If bees have swarmed you and stung you many times, get medical attention right away. Several stings may constitute a medical emergency in toddlers, the elderly, and those with heart or breathing difficulties. Even those who aren’t allergic to bee stings, wasp, or bee stings in the mouth or nose need immediate medical attention since stings in these regions may cause swelling and make breathing difficult.

Itching from bee stings is common, but rubbing them may lead to illness. Contact your doctor immediately if your minor bee-stung symptoms don’t go away after a few days or if you’re experiencing additional allergic reactions.

If you have any concerns about how to treat a sting or if you or someone you know is suffering an allergic response, you may contact Poison Control at 1-800-222-1222 at any time.

According to the CDC, there are several things you can do to avoid being stung in the first place, such as:

What is the fastest way to cure a bee sting?

A: We recommend that you contact a doctor immediately if you have been stung by bees. In the meantime, ice applied to the sting will help reduce pain and swelling in most cases. 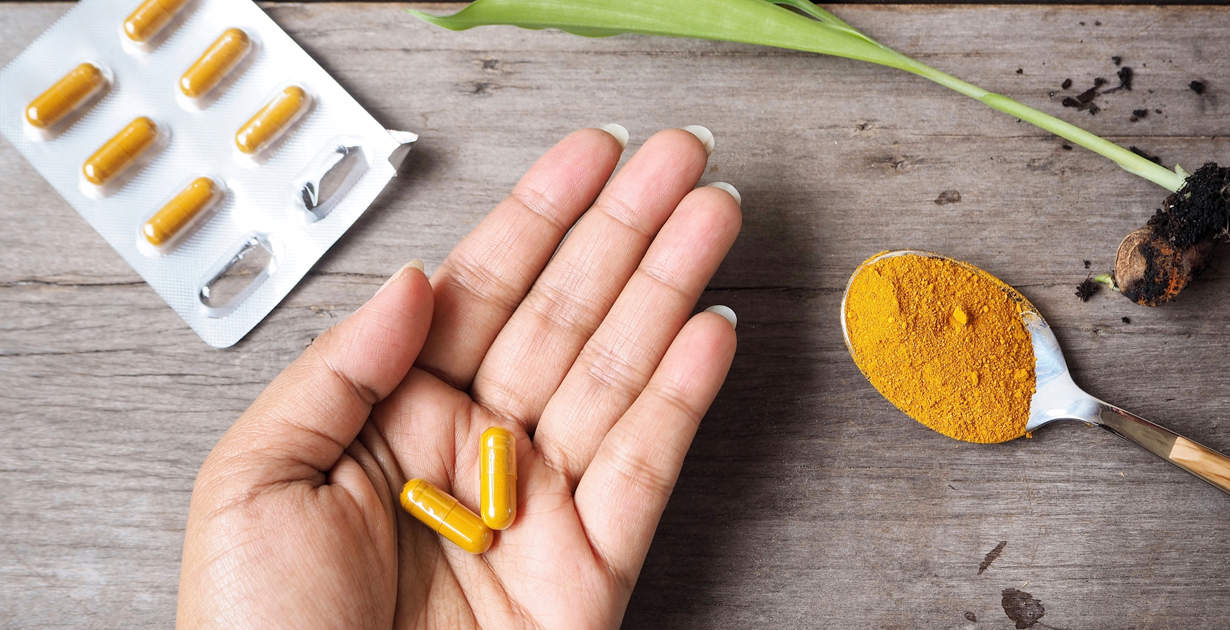