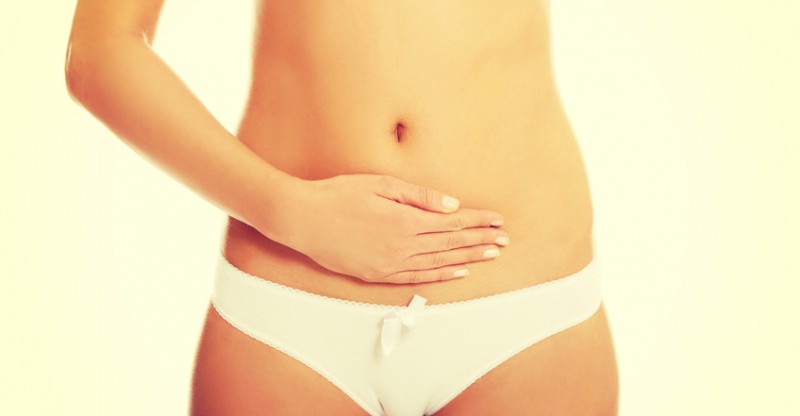 Pain is your body’s way of telling you that there is something wrong.

Pain is not something that should be ignored.

So, what does it mean when your belly button hurts?

If you are experiencing pain around the belly button, there could be a variety of reasons.

Some people feel pain in navel and ignore it. This is a mistake.

The longer a problem is ignored, the worse the condition that brought the navel pain on can become.

If you are experiencing umbilical pain, you should know the various causes.

This will give you an idea of what is going on inside your body so that you can contact your doctor.

It is not uncommon to feel pain around belly button after an abdominal surgery.

There are a couple reasons why the belly button hurts. The first is the pain around the incision.

If the surgery was recent, it is normal for the incision to hurt a bit.

If it has been weeks since the surgery and you still feel pain around the belly button, the incision could be infected.

This can become very serious if isn’t checked by a doctor as soon as possible.

The pain could also be coming from the part of the body that was operated on.

A bit of pain is normal after a surgery, however, if the pain is severe and constant, you should contact your doctor immediately.

Any surgical complications can be very dangerous.

Most women experience mood swings due to the rapid changes in their hormone levels.

It also changes the size of your body. Not only will you put on weight, but your belly will start to grow.

This belly growth can cause pain near navel. In some cases, stomach pain around belly button is normal.

It is just your body adjusting to the pregnancy.

When the baby is causing the womb to expand, it can cause pain inside belly button.

In some cases, the pain can be a sign that the baby is in distress.

This type of pain is often constant and severe, however, it can also be a dull, nagging pain.

In this case, you should contact the doctor right away.

According to the American Congress of Obstetricians and Gynecologists, if a woman has a dull cramping in the area, it is likely nothing to worry about.

However, if the pain comes on again, you should contact your doctor.

A hernia is a relatively common condition.

It can be the answer to “why does my belly button hurt?” question.

Each year, there are over a million hernia surgeries performed in the United States.

A hernia is a torn tissue in the abdominal area.

The most common cause of hernias is when you pick up a very heavy object.

The pain resulting from a hernia varies from moderate to severe.

If you have a hernia, you will likely feel sharp pulling pain in belly button the most when you bend over or pick up something heavy.

If your pain around navel is due to a hernia, the only way to treat it is by having surgery to repair the tissue.

It is a very simple procedure and when it is completed and it has healed, the pain should go away.

Because the pain from a hernia can affect your quality of life, it is important to contact your doctor as soon as you start feeling pain so that you can be treated.

Urinary tract infections (UTI) are very common, and they are mostly spread in women.

The most common causes of UTIs are sex, wiping the wrong way, and they are very commonly seen in people with a shorter urethra.

The symptoms of a UTI include a burning pain during urination, pain in the lower back, and dark, cloudy urine.

Also, it can cause a sharp pain near belly button.

One type of a UTI is called cystitis and it is more serious than the typical UTI.

According to the Cleveland Clinic, there are 12 million cases of cystitis reported each year.

As the infection from cystitis worsens, it can spread to other parts of the body, which can be dangerous.

One of the usual symptoms of cystitis is a sore belly button.

After you have finished your round of antibiotics, the pain should subside.

The human body has “good bacteria” in the gut to keep it healthy and balanced out.

It is possible for bad bacteria to enter the gut causing an infection.

This can result in sharp pain in the belly button and throughout the entire abdomen.

If the infection is severe enough, it can cause belly button pain when pressed.

In order to treat a bacterial infection, you would need to take antibiotics.

Once the antibiotics start working, the pain near belly button will be relieved.

A stomach ulcer can result in moderate to severe pain.

According to US News Health, each year there are 500,000 ulcers reported each year.

When the stomach starts producing too much acid, it can cause the stomach lining to erode, causing an ulcer.

There are certain medical conditions that cause the stomach to produce too much acid.

Stress and what you eat can also have an effect on the amount of acid that is produced.

When the lining erodes, it can cause internal bleeding.

What you eat and drink can make the pain from an ulcer more severe, such as spicy foods and alcohol.

The only way to make the sharp pain in belly button stop is to have the ulcer treated.

In some cases, medication will work. In more serious cases, you would need to have surgery to treat the ulcer.

The pain inside belly button should subside after the ulcer has been treated.

When a person has gallstones, they often won’t know it until they start feeling serious bouts of pain in the abdominal area.

The pain often starts in the upper abdomen and it quickly travels down to the belly button area.

Gallstones also cause pain in the right shoulder and between the shoulder blades.

In some cases, the pain from gallstones will go away.

This is because the stones have settled in the gallbladder and they only cause pain when they are moving.

The pain can easily return when the stones start shifting around again.

The pain around the belly button can be very intense with gallstones.

Also, you can have a fever, chills, and the whites of your eyes can turn yellow.

If this happens, you should see a doctor immediately.

The only way to treat the pain and the other symptoms is to have a surgery to have the gallstones removed.

According to the US News Health, there are over 800,000 gallstone surgeries performed each year.

After the stones have been removed, the pain around the belly button and the other symptoms will disappear.

Problems with the Pancreas

The pancreas makes sure that your body is using just enough sugar to give you the energy you need.

If the pancreas isn’t functioning properly, this can cause problems, including pain around the belly button.

Oftentimes, the early symptoms of these conditions will mimic diabetes.

Other common symptoms include headaches and nausea.

If you are suffering from any of these symptoms, you should see a doctor immediately.

The sooner the problem is detected, the sooner the doctor can begin treatment for the pain by belly button and for the condition.

Disorder of the Small Intestine

There are several common disorders of the small intestine.

Each of these conditions can result in intense pain around the belly button.

Oftentimes, the belly button pain from these conditions comes on very suddenly.

Since many of these conditions are chronic, the pain around the belly button will not go away forever, however, treatment can help the pain to subside.

The appendix an important organ to keep the body healthy, however, you can live without yours.

If you start to have severe pain around the left side of your belly button, it could mean that you have appendicitis.

A mild fever, nausea, vomiting, and loss of appetite are other signs of appendicitis.

This condition causes your appendix to be inflamed, and if it isn’t removed, it can burst, often within 24 hours of the onset of the symptoms.

This can result in death. Appendicitis is very common.

According to the Journal of Surgical Research, there are over 300,000 cases of appendicitis reported in the United States each year.

The only problem to relive the pain in belly button associated with appendicitis is to have it removed.

There are several types of pain around belly button when pressed.

It can be constant and it can be intermittent.

Sometimes, you may experience even stabbing pain in belly button.

Some of the causes of pain around the belly button can be minor, however, some can be very serious.

To be on the safe side, if you start feeling pain in your belly button area, you should contact a doctor as soon as possible. 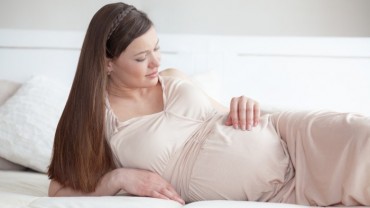