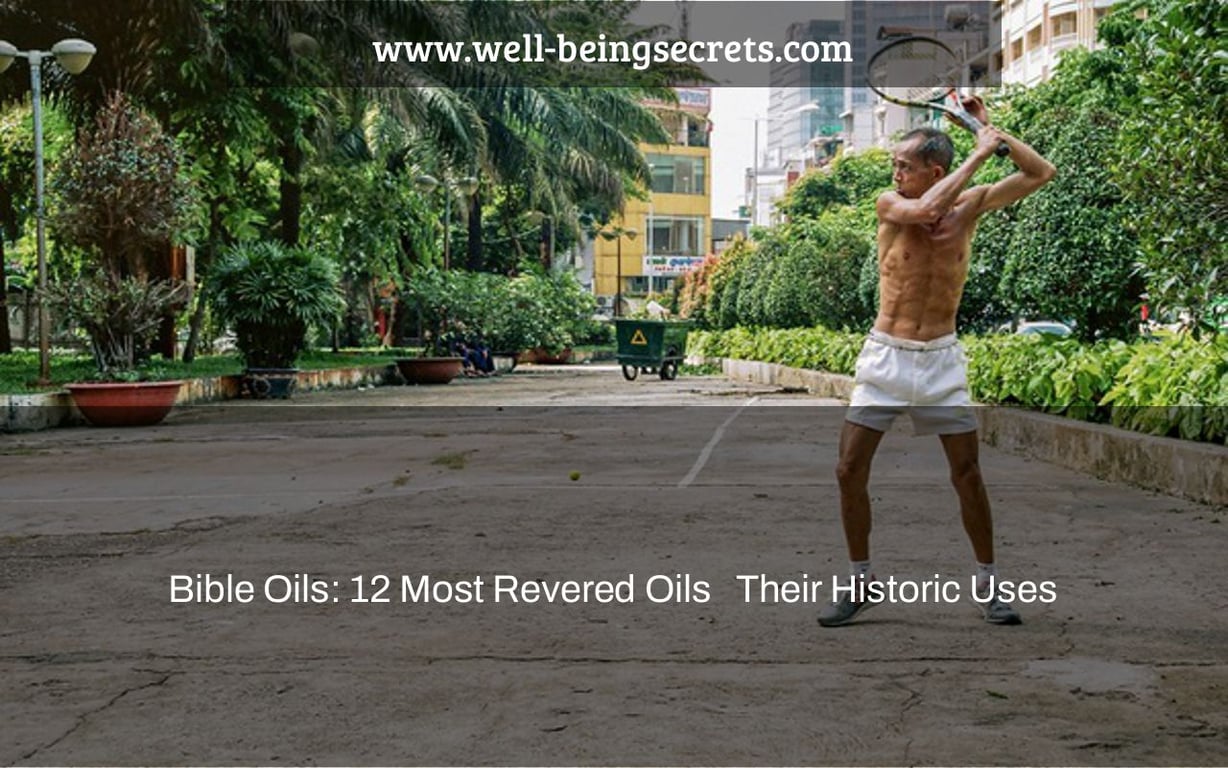 The Bible is the greatest and most widely read book of all time. Its words have been translated into more languages than any other book in history, but its original language was Hebrew. So what would you guess one of the oldest texts on earth contains? For starters: oil! From a biblical perspective, oils are not just for powering machinery or cleaning your house; they were used as currency to pay tithes and tax obligations long before coins ever existed!

For thousands of years, essential oils have been a part of people’s everyday lives. The Bible mentions at least 33 different essential oils and aromatic oil-producing plants, with the term “incense” appearing 68 times. Oils are mentioned in Psalm 45:7-8, Proverbs 27:9, Isaiah 61:3, and Hebrews 1:9, as in “the oil of joy” and “the oil of gladness,” and they “rejoice the heart.”

Fragrances, scents, ointments, aromas, perfumes, and sweet savors are all terms used in the Bible to describe essential oils. Over 600 references to essential oils and/or the fragrant plants from which they were produced may be found in the Bible.

Here are 12 of the Bible’s most treasured oils, along with their historical usage:

Frankincense is the oil that reigns supreme. It was a main component of sacred incense, a medication, and a kind of payment, and it was, of course, a present from the wise men to infant Jesus. In reality, both frankincense and myrrh may have been valued more than the third present, gold, during the time of Jesus’ birth.

Myrrh oil is mentioned 156 times in the Bible, including Queen Esther using it as an ointment, an incense, an embalming component, and a skin beauty treatment in Esther 2:12. The most prevalent use of myrrh in the Bible is as a component of holy anointing oil.

Cinnamon oil, like myrrh, was a key element in sacred anointing oil, and it was used to purify the air, destroy mold, and serve as a natural remedy. Solomon uses this scented oil in the bedroom and as a natural perfume or cologne in Proverbs 7:17.

King Solomon employed cedarwood in the construction of God’s house, and Jesus was crucified on a cedarwood or cypress cross. It was supposed to offer knowledge, was used for ceremonial washing, and was used to cure skin diseases and leprosy as medicine.

“Nard” was not just a highly costly perfume in Biblical times but also a valuable ointment that was used as medicine. It’s worth noting that the “spikenard” mentioned in the Bible might have been lavender oil. Spikenard was used to anoint Jesus only days before His death and resurrection, according to John 12:3.

God directed His people to employ Hyssop in the ceremonial cleaning of individuals and dwellings in the Old Testament. When the Roman soldiers brought Jesus a sip of wine vinegar on a sponge at the end of a stalk of Hyssop during his crucifixion, Hyssop appeared.

Cassia oil, a cinnamon-like plant, is the fourth element in the holy anointing oil described in Exodus 30:24. It was often used with myrrh and aloes to fragrance clothing and may have been transported out of Egypt when the Israelites escaped Pharaoh.

Sandalwood, along with frankincense, myrrh, and cedarwood, is referred to in the Bible as “aloes” and is one of the perfumes of joy and happiness. To bury Jesus, Nicodemus and Joseph of Arimathea brought sandalwood (aloes) and myrrh, which, in today’s market, would be worth an estimated $200,000.

In the Bible, cypress is shown as a sign of power, security, and wealth. Cypress is mentioned in the Bible as a preferred wood for construction, trade, and even armament. God told Noah in Genesis 6:14 to “build yourself an ark of gopher wood,” which is really “cypress” in contemporary English.

Exodus 30:34 mentions galbanum as a component of the holy incense burned in the temple’s heart. Although galbanum has a slightly unpleasant stench, it has the most lovely perfume when burnt with other sweet-smelling oils in holy incense and was supposed to balance the emotions.

The rose of Sharon, mentioned in the Song of Solomon, is more akin to a hibiscus or tulip than a true rose (also a saffron source. According to certain Bible interpreters, the rose of Sharon represents Christ, while the lily represents the church, His wife.

Calamus, sometimes known as “sweet cane,” is an ancient plant that is thought to be related to lemongrass. Calamus was utilized in fragrances, incense, and the unique holy anointing oil used by the priests in the temple in Biblical times.

What type of oil was used in biblical times?

A: The Bible does not provide any details about the type of oil that was used in biblical times. However, it is assumed to be olive oil due to its use and availability at the time.