The digestive benefits of brewer’s yeast are well-documented, but the health benefits for your other parts can be equally impressive. The use of this beneficial organism is easy to understand, and it has shown promise in treating migraines, Alzheimer’s disease, heartburn & more.

Brewer’s yeast is a type of yeast that can be found in beer. It is also used to make bread, wine, and other fermented foods. Brewer’s yeast benefits for digestion, migraines & more are often touted by brewers who use this ingredient.

Brewer’s yeast is a small, single-celled fungus used in brewing beer, much as its name suggests.

Surprisingly, it also boasts many health advantages and has long been used as a natural cure for anything from sleeplessness to boosting nursing milk flow.

Recent research has shown a host of potential advantages of brewer’s yeast, including the ability to reduce diarrhea, assist digestion, and even boost immune system health.

Not only that, but each tablespoon is packed with vitamins, minerals, protein, and fiber, making it an easy way to get the nutrients you need in your diet.

Brewer’s yeast is a nutrient-dense food with a lot of fiber, selenium, and B vitamins in every serving.

For 12 weeks, 84 people with diabetes were given either brewer’s yeast or a placebo. Brewer’s yeast was discovered to reduce blood sugar levels and enhance insulin sensitivity compared to a placebo.

Carbohydrates are broken down into glucose, or sugar, in the bloodstream when you ingest them. Insulin transfers glucose from the bloodstream to the tissues, where it may be used for energy. As a result, insulin sensitivity is improved, allowing insulin to act more efficiently and preventing blood sugar spikes.

Brewer’s yeast’s blood sugar advantages may be due to its chromium level. Chromium is a trace mineral demonstrated to help people with diabetes improve insulin sensitivity and blood sugar management.

Brewer’s yeast may be able to benefit you whether you have the sniffles or a full-blown respiratory illness. According to certain studies, it may have immune-boosting qualities.

According to one research, giving mice brewer’s yeast extract reduced the levels of several inflammatory markers and helped regulate their immunological response.

Brewer’s yeast is also rich in selenium, an antioxidant mineral that may improve immunological health. Two tablespoons of brewer’s yeast may provide 90% of your daily selenium requirements.

According to research published in the American Journal of Clinical Nutrition, selenium insufficiency reduced immunological function, which was considerably reversed when participants were given selenium supplements.

3. Improves the health of your eyes

Brewer’s yeast is high in vitamins that may be beneficial to your eyes.

For example, adding brewer’s yeast to your diet may help you quickly achieve your thiamine requirements. Lower thiamine levels have been linked to eye diseases, including glaucoma, a condition caused by damage to the optic nerve that may cause impaired vision or even vision loss.

Brewer’s yeast also contains a significant amount of riboflavin, a vitamin related to a lower risk of eye issues such as keratoconus, a gradual thinning, and protrusion of the cornea.

If you’ve ever had a migraine, you’re undoubtedly well aware of how incapacitating it can be. When you have a migraine, it might be difficult to go on with your everyday activities due to symptoms such as nausea, sensitivity to light, and impaired eyesight.

Because of its high riboflavin concentration, brewer’s yeast may help prevent and treat migraines.

Participants in one trial who suffered from migraines were given riboflavin pills to use for six months. Riboflavin decreased headache frequency and lowered migraine medication usage by 64% in patients.

5. It helps to keep the brain healthy

Brewer’s yeast is high in riboflavin, thiamine, niacin, vitamin B6, and folate, which are all critical B vitamins. These vitamins are necessary for various bodily functions, but they are particularly crucial for brain health.

Thiamine deficiency, for example, has been related to a variety of issues, including Alzheimer’s disease and cognitive deficits.

Meanwhile, folate is necessary for brain development and the prevention of neural tube abnormalities in pregnant women.

When consumed as part of a balanced diet, Brewer’s yeast may help keep your brain healthy and avoid vitamin deficiencies.

Brewer’s yeast is often used as a natural cure for diarrhea. In addition, brewer’s yeast has been found in multiple trials to reduce the risk of antibiotics-induced diarrhea.

Antibiotic usage causes diarrhea, which is a typical adverse effect. This is because antibiotics change the nature of your gut flora, which is made up of good bacteria that aid digestion and nutritional absorption.

Brewer’s yeast is a probiotic, a good strain of gut bacteria that may help offset antibiotic side effects.

Brewer’s yeast reduced minimize diarrhea induced by antibiotics. In addition, it was instrumental in treating diarrhea linked with illnesses including irritable bowel syndrome and Crohn’s disease, according to a study that included 27 studies and nearly 5,000 patients.

Brewer’s yeast is a probiotic that may assist enhance gut flora composition. Therefore it may also aid with digestive health.

Probiotics like brewer’s yeast have been shown to help treat several digestive diseases in some studies.

Probiotics were shown to help lower discomfort and the intensity of symptoms associated with irritable bowel syndrome in one study involving 1,793 individuals.

Probiotics may help reduce intestinal inflammation and prevent hazardous infections from adhering to the gastrointestinal system.

Anemia is a disorder characterized by a shortage of healthy red blood cells, which may cause tiredness, weakness, brittle nails, and shortness of breath, among other symptoms.

Anemia may be caused by various factors, including a lack of vitamins and minerals essential for red blood cell synthesis, such as iron and vitamin B12.

Other vitamins and minerals deficits, on the other hand, might lead to the development of anemia. Riboflavin, for example, affects iron metabolism and absorption and is necessary for avoiding anemia.

Fortunately, two tablespoons of brewer’s yeast may offer 90% of the riboflavin you need for the whole day, which can help avoid anemia.

Brewer’s yeast has been used for generations to manufacture beer, wine, bread, and other products, in addition to providing several health advantages.

Sugars break down yeast in beer brewing to create both alcohol and carbon dioxide. Water, barley, and hops are among the other elements required to produce beer.

Furthermore, both of these yeast varieties are inactive, which means they won’t help bread rise as active dry yeast does.

Brewer’s yeast has changed through time, and it’s now employed as a natural cure for various health issues. For example, it’s often used to treat skin diseases in dogs and cats, eliminate fleas, aid milk in moms, and even aid sleep. However, owing to a lack of study, these are primarily anecdotal.

How to Use It

To guarantee you’re obtaining the greatest quality possible, choose a reputed brand and check for a product with a few extra ingredients or fillers specified on the label.

Most experts advocate taking up to 3,000 milligrams each day, divided into two or three dosages. Begin with a little dose and gradually raise to ensure that you can handle it with minimal adverse effects.

Brewer’s yeast may also be found in powder form, used in shakes, smoothies, soups, sauces, and even baked products.

Brewer’s yeast may produce gas and bloating, among other minor adverse effects.

Brewer’s yeast should be avoided if you have a yeast allergy or have a lot of yeast infections. Those with Crohn’s disease may also wish to reduce their consumption to prevent aggravating symptoms.

MAOIs, or monoamine oxidase inhibitors, are a kind of antidepressant medicine. Brewer’s yeast contains a lot of tyramine, which may interact with MAOIs and induce a dangerous spike in blood pressure, leading to a heart attack or stroke. So before using brewer’s yeast, see your doctor if you’re on an MAOI.

Similarly, combining brewer’s yeast with some pain relievers, such as Demerol (meperidine), should be avoided since it might induce a severe blood pressure surge.

Because there isn’t enough clinical data to say whether or not brewer’s yeast is safe to use during pregnancy or nursing, err on the side of caution and avoid it.

Note that not all brewer’s yeast pills are gluten-free if you follow a gluten-free diet. Check to see whether the product claims to be gluten-free.

As with any supplement, please consult your doctor before commencing and consider starting with a lower dosage and gradually increasing it to gauge tolerance.

Brewer’s yeast is simple to use, generally accessible, and has many advantages, ranging from brain health to migraine prevention.

Not only that, but it also contains fiber, protein, selenium, and B-vitamins, all of which assist in avoiding deficiencies and keeping you healthy.

Using brewer’s yeast to supplement a healthy, well-balanced diet may be helpful for most people, even if it is incompatible with specific drugs or diseases.

Is nutritional yeast bad for migraines?

A: Nutritional yeast is not bad for migraines.

Can brewer’s yeast cause headaches?

A: Unfortunately, there is no official information on what causes headaches. However, if youre having a headache and it’s been going on for more than 24 hours, I would recommend contacting your doctor to see what could be causing this for sure.

Does brewer’s yeast help with allergies?

A: Yes, it can be used as a source of dietary fiber that is good for the gut and helps with allergies. 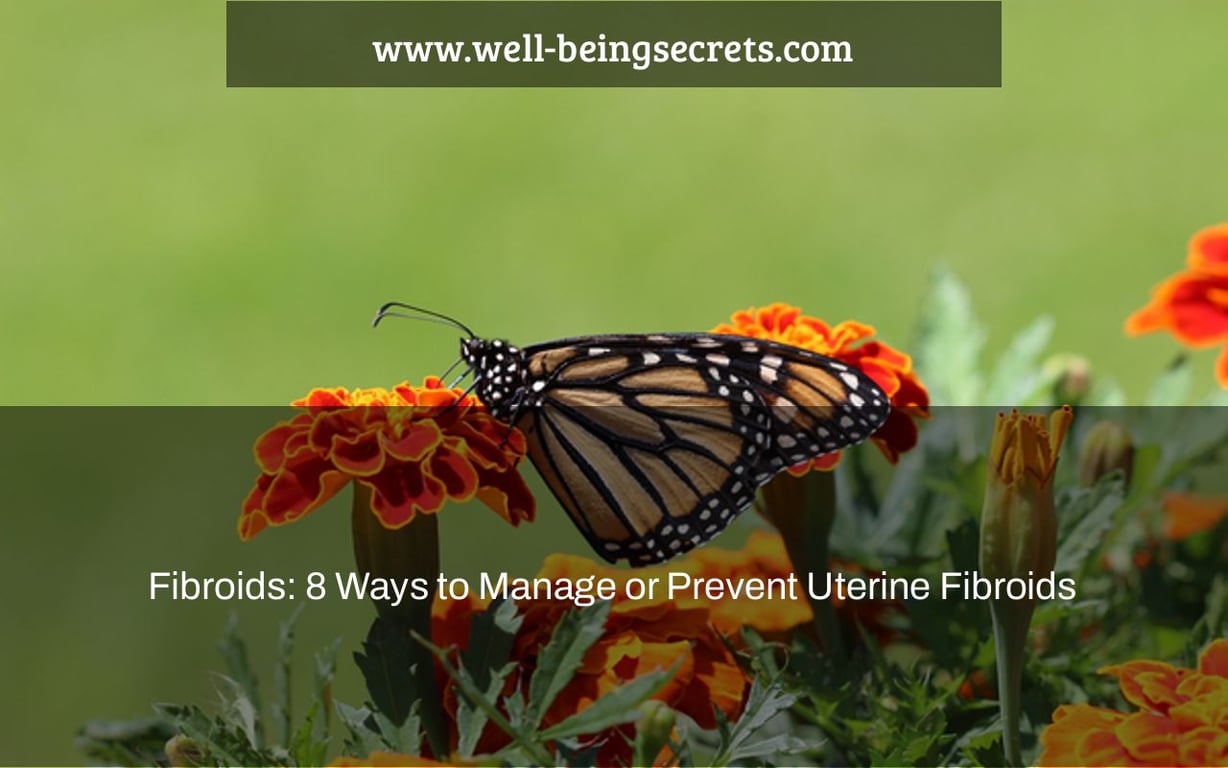