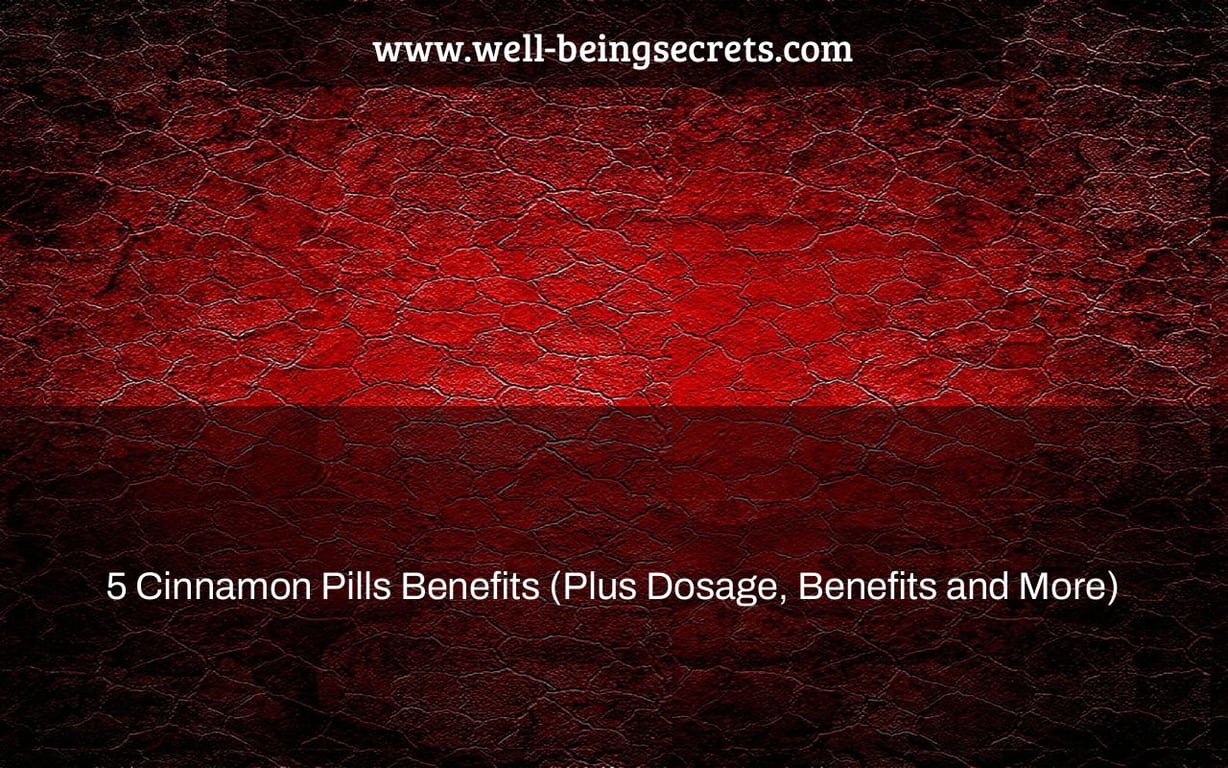 In the last few years, cinnamon has become a prevalent herb. This is due to its many health benefits, such as fighting inflammation, diabetes, and heart disease. The dosage that people usually get wrong is too low because it can lead to side effects like dry mouth or stomach pains. Here are five cinnamon pills’ benefits (plus dosages) you need to know about so you don’t make those mistakes in your own life!

Cinnamon, the colloquial name for the powder obtained from numerous distinct Cinnamomum plant species, is often regarded as the world’s most extensively used spice. However, many people are unaware that, in addition to being sprinkled over meals, cinnamon may also be used as a concentrated powder, cinnamon tablets, or cinnamon essential oil.

Cinnamon has been described as a “multifaceted medicinal herb” by researchers. Given the antibacterial, antifungal, and anti-diabetic qualities of cinnamon, it’s no surprise that cinnamon tablets have been demonstrated to have a variety of health-promoting effects.

Cinnamon Pills: What Are They?

Cinnamon includes antioxidants and useful chemicals such as cinnamaldehyde, cinnamyl acetate, and cinnamyl alcohol and is generally one of two types: cassia or Ceylon cinnamon. Cinnamon is used for a variety of things, according to studies:

Is taking cinnamon tablets safe? According to most studies, cinnamon is typically safe and well-tolerated; nevertheless, cinnamon may interfere with the effects of certain drugs, such as blood thinners or diabetic treatments that drop blood glucose.

1. Can aid in the normalization of blood sugar and the prevention of insulin resistance

Cinnamon has been demonstrated in several trials to improve blood sugar levels and insulin sensitivity, making it useful for persons with type 2 diabetes, metabolic syndrome, and/or insulin resistance. Cinnamon seems to assist in promoting metabolic health in a variety of ways, including increasing glycogen synthesis in the liver and improving glucose absorption in skeletal muscles. MethylHydroxyChalcone polymers (MHCPs), which are found in cinnamon powder, seem to contribute to its insulin-sensitizing properties.

To be honest, not every research has discovered that cinnamon can assist persons with type 1 or type 2 diabetes since it doesn’t always help lower glucose levels over time. When it comes to the finest cinnamon tablets for diabetes, Ceylon cinnamon (which is generally lighter in color) seems to be less helpful than cassia cinnamon for regulating blood sugar (which is darker colored).

Cinnamon may aid with weight loss as well as boost other health indicators. For example, 116 people with metabolic syndrome were randomly assigned to one of two dietary intervention groups: those taking six cinnamon tablets per day (equal to 3 grams) or those receiving six wheat flour capsules per day in a six-week double-blind, randomized control experiment (equivalent to 2.5 grams). Compared to those in the placebo/wheat flour group, those who took cinnamon saw a higher reduction in fasting blood glucose, waist circumference, and body mass index.

2. May aid in the reduction of blood pressure and cholesterol

Cinnamon has been demonstrated to lower some of the most prevalent heart disease risk factors. While not all research has indicated that cinnamon has any impact on heart health, few small studies have suggested that taking cinnamon tablets may help decrease cholesterol and triglyceride levels.

For example, an American Diabetes Association research indicated that persons who took cinnamon for 40 days had lower glucose, triglycerides, low-density lipoprotein (LDL or “bad”) cholesterol, and total cholesterol levels than those who did not take cinnamon. Cinnamon may also assist in preventing blood clots from forming.

3. It has antioxidant properties and may aid in the reduction of inflammation

4. It protects the brain

Cinnamon powder advantages have been discovered in animal research to include brain protection by lowering oxidative stress. As a result, it has the potential to aid in the prevention of diseases such as Alzheimer’s and Parkinson’s. Cinnamon’s antioxidant and free-radical scavenging activities are thought to improve cognitive function by shielding neurons from oxidative stress and minimizing cell damage.

Cinnamon has antibacterial, antibiotic, antifungal, and antiviral qualities; thus, it may help to boost the immune system and reduce the risk of infections including candida, bronchitis, the common cold, strep throat, and pneumonia.

Cinnamon may also aid with breath-freshening and dental health by destroying germs in the mouth. Cinnamon also seems to assist in treating skin disorders such as acne, redness and irritation, rosacea, and skin allergies.

What is the recommended dosage of cinnamon capsules? There is no set cinnamon dose at this time. In terms of cinnamon pill dosage, the normal guideline is to take 2 to 4 grams per day (2,000 to 4,000 milligrams), or roughly 12 to 1 teaspoon of cinnamon powder.

More amounts of cinnamon, up to 6 grams per day, have been shown to be safe in certain studies; nevertheless, eating quantities higher than this may be harmful and is not suggested. Cinnamon dosages in trials involving persons with diabetes/insulin resistance generally vary from 120 to 6,000 milligrams per day, according to a 2016 research published in the Journal of the Academy of Nutrition and Dietetics.

It’s crucial not to take more than 0.1 milligrams/kilograms of body weight of coumarin, a component in cinnamon that may be harmful if consumed in large numbers. The kind of cinnamon with the least amount of coumarin is Ceylon cinnamon.

When and how should you take it?

Cinnamon tablets may be taken on a regular basis, preferably with carbohydrate-rich meals. Ceylon cinnamon is regarded as the best variety to consume in supplement form since it contains less of the chemical coumarin, which may produce harmful effects in certain people.

Of course, cinnamon doesn’t have to be taken as a supplement or in pill form; it may be used as a seasoning on foods like oatmeal, in lattes or coffee, or in healthful baked goods. Cinnamon bark may also be used to produce cinnamon tea, which is less likely to have negative effects than cinnamon tablets or extracts.

While cinnamon tablets seem to have some advantages, healthcare experts nevertheless advise persons with metabolic syndrome, high cholesterol, and other conditions to maintain a balanced diet and lifestyle, as well as to follow their doctor’s prescription recommendations.

What are the potential negative consequences of using cinnamon capsules? Is it possible to have too much cinnamon?

Although cinnamon is unlikely to produce negative effects, it might cause tongue and lip irritation, skin redness (when applied topically), indigestion, low blood sugar, and allergic responses in certain individuals when consumed in concentrated levels, and possible liver injury when taken in very high concentrations.

Cinnamon interacts with what medications? Cinnamon tablets may impact blood sugar levels; therefore, they shouldn’t be used with diabetic meds unless you’re under the supervision of a doctor. In addition, antibiotics, blood thinners, and other cardiac drugs may all interact with cinnamon tablets.

Before starting a cinnamon supplementation program, anybody with a blood clotting condition should see their doctor. In addition, pregnant and nursing women are frequently advised not to use cinnamon tablets since there isn’t enough research to indicate that they are entirely safe. 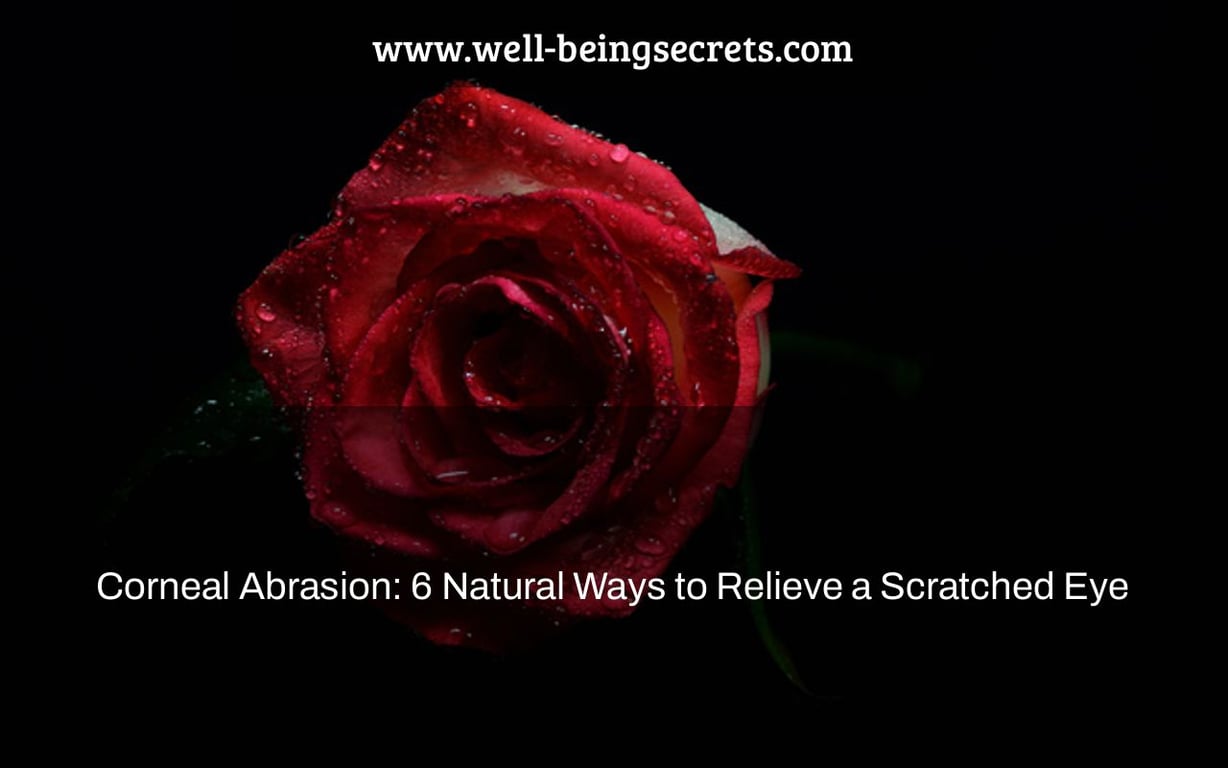