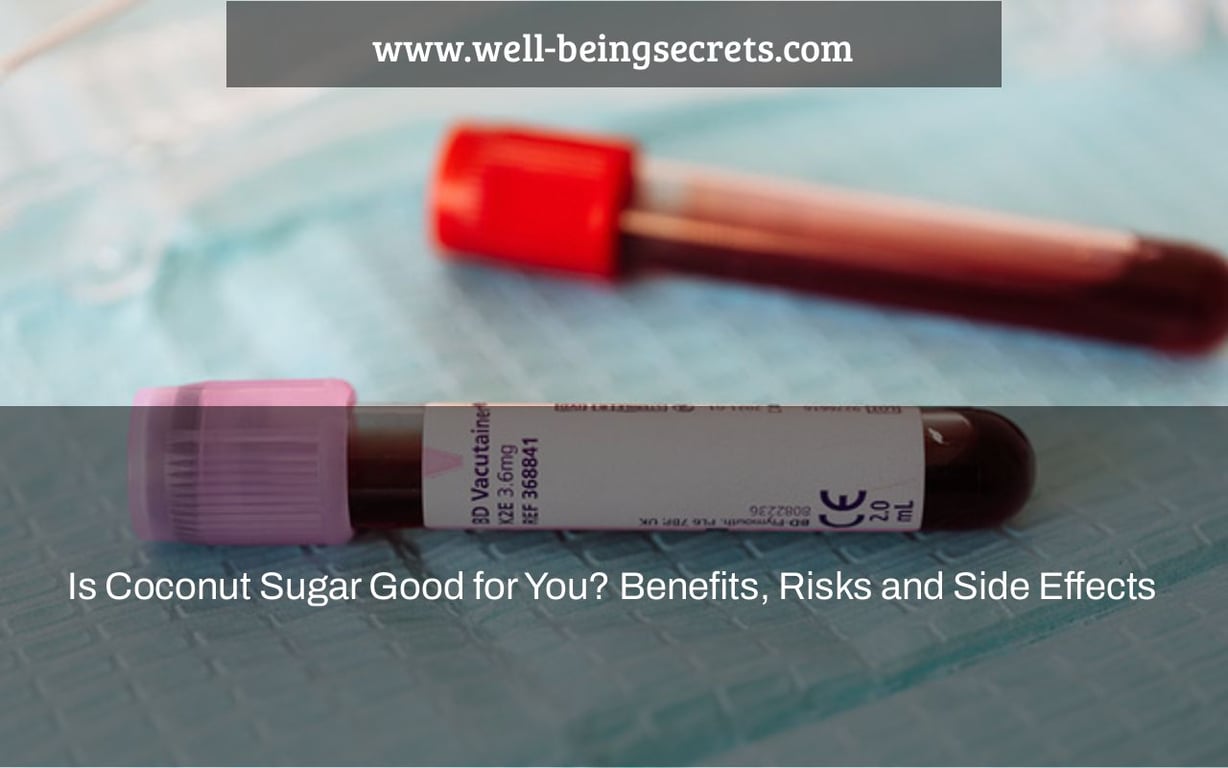 Coconut sugar is made from the sap of coconut palms. This natural product does not contain any additives or preservatives, and it has a very low glycemic index for those who are watching their blood sugar levels. The benefits of using this product include an increased metabolism rate, weight loss, improved skin health, and hair growth. However, some adverse side effects need to be considered when using Coconut Sugar as part of your diet.

We can thank the coconut tree for the various healthful goods it produces, such as coconut water, desiccated coconut flakes, coconut vinegar, and wine, and, of course, coconut oil, which is a particular favorite of many people. Now let’s talk about coconut sugar.

The coconut tree’s inflorescence, or coconut blooms (not to be confused with the palm tree), produces delicious nectar that may be processed into a syrup or honey-like product. The coconut sugar is then dried into granules.

Coconut sugar is a natural sweetener and sugar alternative that is more costly than conventional table sugar. Still, many people believe it is worth it since it has certain advantages over other sweeteners. Coconut sugar, for example, is healthier for diabetes and the intestines than regular sugar, and it contains trace levels of vitamins and minerals.

Coconut sugar is a sweetener manufactured from the sap of coconut palm. The sap (or nectar, as it’s often known) is extracted from the coconut palm tree’s flower bud stem.

Coconut palm trees have been used to make sugar for generations, employing very complex “tapping” procedures. This method has been used throughout Southeast Asia for hundreds of years, including in places like Indonesia.

Coconut sugar is made today by collecting the sap, boiling it, and dehydrating it, causing the water to evaporate. Unfortunately, small, brown, delicious grains are left behind.

This sweetener tastes like brown sugar (it doesn’t have a pronounced coconut flavor) and appears like “raw sugar” by others.

Is it true that coconut sugar is superior to cane sugar? Unfortunately, the reality is that there is currently a scarcity of information on this subject.

What we do know is that coconut sugar contains trace levels of vitamins and minerals, but you’d have to consume a lot of it to get the full nutritional benefits.

Eating too much sugar in any form is unhealthy — and may lead to sugar addiction — and coconut sugar has the exact calorie count as conventional granulated sugar.

According to a recent study, coconut sugar contains between 70% to 80% sucrose, the same amount as conventional table sugar. In addition, pure glucose and pure fructose are also present in modest concentrations.

This suggests that the sugar level of coconut sugar is more than three-quarters that of conventional table sugar. As a result, substituting it for cane sugar is not a good method to decrease calories or lower your total sugar consumption.

What’s the difference between honey and coconut sugar? Pollen, phytonutrients, enzymes, and diverse nutritional concentrations are all advantages of pure, raw honey.

Although it’s still heavy in sugar and calories, it’s thought to be one of the healthiest sweeteners on the market.

Overall, since it contains certain trace components, coconut sugar is still a superior option if you’re seeking an alternative sweetener or granulated sugar replacement. Iron, zinc, calcium, potassium, short-chain fatty acids, polyphenols, other antioxidants, and a fiber called inulin are among them.

All of these have the potential to provide health advantages that regular table sugar does not.

1. Has a Glycemic Index Score That Is Slightly Lower

Is it safe to consume coconut sugar if you have diabetes? According to the findings of one research, it may benefit women with type 2 diabetes by boosting certain glycemic and antioxidant levels while lowering malondialdehyde levels, an oxidative stress marker.

Inulin, a fiber found in coconut sugar and coconut nectar, is present in modest levels. According to some studies, inulin may aid to limit glucose absorption and hence keep blood sugar levels in balance.

As a result, some coconut sugar may not be an issue as part of a well-balanced, low-glycemic diet.

Some experts believe that the GI score of sweeteners may be deceiving and even useless; instead of focusing on these numbers, it’s better to focus on lowering your total added-sugar consumption.

According to the Ultimate Paleo Guide, if you’re on the Paleo diet, coconut sugar is an alternative for satisfying your sweet taste. Some Paleo devotees still shun it since it is often processed.

It was, however, assumed to have been utilized in Paleolithic times, which contributes to its claim of being suitable for Paleo enthusiasts.

Our “ancestors acquired roughly 35 percent of their nutritional energy from lipids, 35 percent from carbs, and 30 percent from protein,” according to studies. Although coconut sugar is a carbohydrate, it is still a processed version of the coconut flower.

For individuals who prefer to live a more rigorous Paleo regimen, coconut nectar or a liquid version can be a better option.

Is coconut sugar OK for a ketogenic diet? Unfortunately, it isn’t because of the excessive sugar and carb content.

Monk fruit or stevia are ideal coconut sugar alternatives if you’re on a low-carb diet.

3. Vitamins, minerals, and phytonutrients are present.

Although at modest levels, coconut sugar includes vitamins, minerals, and phytonutrients. Coconut sugar, for example, has nearly two times more iron and zinc than granulated sugar, according to the Food and Nutrition Research Institute (FNRI).

The FNRI also points out that phytonutrients, such as polyphenols, flavonoids, and anthocyanidins, are abundant. Because of these phytonutrients, coconut sugar is better than many other sweeteners for lowering blood sugar, inflammation, and cholesterol.

According to the American Cancer Society, Phytonutrients derived from plants provide several health advantages and are preferable to supplements or medications.

4. Beneficial to the Digestive System

Inulin is found in coconut sugar, as previously stated. Inulin stimulates the development of intestinal bifidobacteria, which are the same bacteria found in probiotic pills. This may assist in improving the immune system in general and may even aid in treating a variety of gastrointestinal ailments. Diarrhea and ulcerative colitis are two instances, albeit further study is required to prove their usefulness.

According to some experts, why is it harmful to consume significant quantities of coconut sugar? The mainline is that it contains the same amount of calories as conventional sugar. Therefore, it’s crucial to consume it in moderation.

There seems to be a scarcity of information about alternative safeguards. Although this sweetener is typically well-tolerated, it’s important to remember that too much sugar of any sort may lead to weight gain and elevated blood sugar levels.

Furthermore, the American Diabetes Association cautions out that many items on the market include ordinary sugar in addition to coconut sugar, so read labels carefully. Instead, use just a tiny quantity of organic coconut sugar that includes no added sugar.

How to Make Use of It

Coconut sugar may be used in almost any recipe that calls for normal sugar. You may wish to start with half the quantity and work your way up to the desired sweetness.

According to Bon Appetit magazine, it should readily dissolve in warm water and may be used to make simple syrups, sweet creams, and other desserts. It also works great in baked dishes when combined with butter and eggs.

Of course, you may sprinkle it over oatmeal, coffee, chia pudding, and other foods.

How bad is coconut sugar for you?

A: Coconut sugar is not as bad for you as other sugars, but it can still pack on the pounds and has some negative effects. It contains the same amount of calories per gram, although its glycemic index isn’t quite as high at 110 compared to table sugars GI of 100.

Which is healthier, sugar or coconut sugar?

A: Both sugars are good for your health and can be used interchangeably. Sugar is made up of the monosaccharide fructose, glucose, and sucrose, but in all cases, these are bonded together by glycosidic bonds, making them taste sweet. In addition, sucrose is added to sugar as a result of water being removed from it, which makes its molecules smaller than they would otherwise be, making it sweeter tasting. 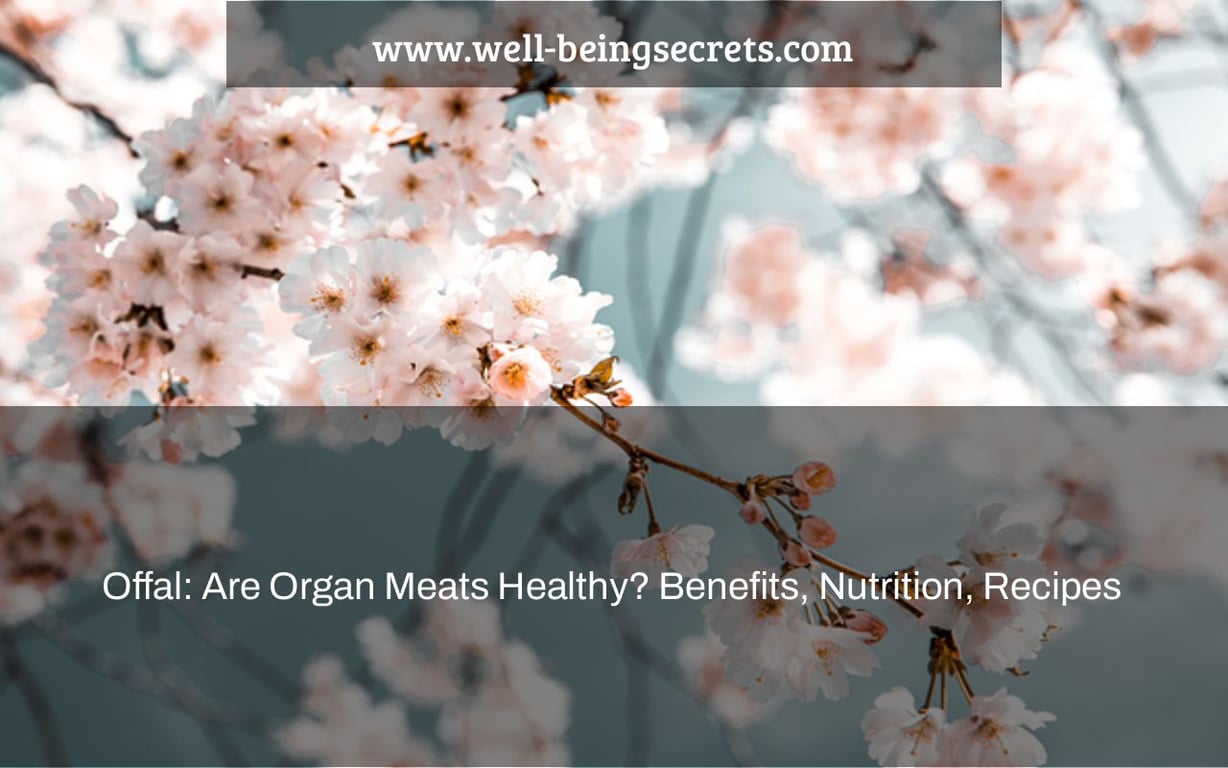