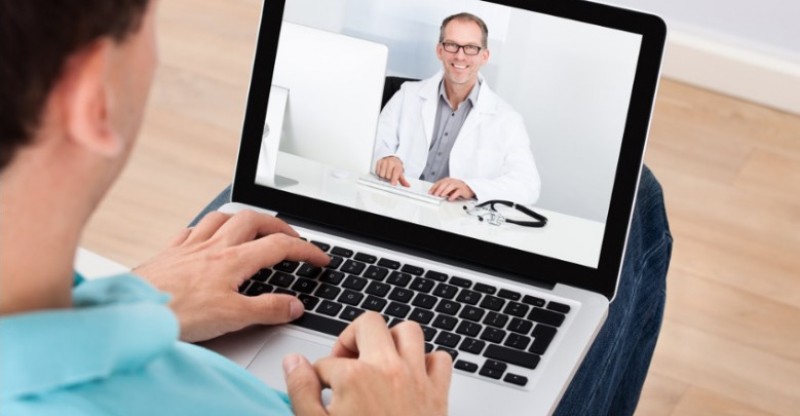 The advent of technology has pushed human beings further and further forward in the quest for innovation and the ability to positively impact the wealth, health and lives of our immediate communities and society as a whole.

Every milestone in communication and technology starting from fire, homing pigeons and the forging of the wheel to modern day virtual reality enables us as a species to transcend what was once considered impossible.

Modern day health care can contribute its successes in treating patients to the pioneers that came before, allowing us to reach patients and provide essential care in a timely and responsible manner.

When considering the history of telemedicine, we must remember the first use of the ambulance in 1487 by Spanish forces or even the plague doctors that traveled across Europe to aid the sick, using heliographs to send information on the Black Death.

Both examples illustrate the basic tenant of telemedicine- reaching a patient quickly to provide adequate care.

Telemedicine can be defined as the use of information technology and telecommunication to provide a patient medical care.

Although we may think of information technology and all associated with it to be a modern day concept, the usage of such innovation and the birth of telemedicine as we know it today can be traced back as early as the Civil War.

Telegraphs were used to transmit casualty figures as well as to request new medical supplies.

In 1876, one of the most pivotal moments in modern day telecommunication arose with Alexander Graham Bell’s patent for the telephone.

This invention can only be attributed to the establishment of the telegraph from previous decades.

Bell’s experiments led to the development of multiplex telegraphy, a breakthrough that would allow several telegraph messages to be sent over the same wire at once.

Long distance telephone links emerged in the 1880s and the improvement of connecting others across long distances continued to grow up until and including the present day.

As the telegraph gave way to the telephone and the radio, physicians were some of the first to adopt the invention to enhance their own practices and to reach patients who would normally be unable to request medical help.

The earliest example of modern telemedicine in action may be attributed to those living in rural, isolated regions in Australia using two-way radios powered by a generator and a pair of bicycle pedals.

This novel use of burgeoning technology in the early 1900s enabled them to reach the Royal Flying Doctor Services of Australia for assistance.

The radio opened the doors to many imaginative theories on how early telemedicine can be put into further practice.

In April 1924, the cover of the magazine Radio News depicted a “radio doctor” linked to a patient by sound and live picture.

This idea was remarkable, not just because it depicted video conference technology we take for granted today, but also because the first television transmission would not occur for another three years.

Furthermore, the immediacy this idea put forward can even be welcomed in the present day, when we must wait for a call to receive test results or call a doctor’s office to leave a message regarding a diagnosis.

Even from infancy, telemedicine was on the cutting edge of what is possible.

Technology accelerates during times of war and radio transmissions to request replenishment of medical supplies became standard practice during World Wars I and II.

Another milestone was achieved shortly after the conclusion of World War II when the first radiologic images were transmitted by telephone between West Chester and Philadelphia, Pennsylvania in 1948.

Although the distance may not seem remarkable today, a mere 24 miles separated the two locations, this event marked the first use of an electronic medical record transfer and was later referenced in medical literature beginning in 1950.

Inspired by this accomplishment, radiologists at Montreal’s Jean-Talon Hospital went on to create a teleradiology system in the 1950s.

The “radio doctor” in 1924 would soon become reality in 1959 when video communication was utilized at the University of Nebraska.

In 1964, the clinicians responsible for this achievement applied it to group therapy consultations and established a link 112 miles away to Norfolk State Hospital where the telemedicine link provided neurological examinations, case consultations, speech therapy and psychiatric diagnoses.

Universities would continue to make progress on telemedicine and expanded usage outside of rural or difficult to reach areas.

In 1967, doctors at the University of Miami School of Medicine and the City of Miami Fire Department accomplished the use of voice radio channels to submit electrocardiographic rhythms from fire fighters in the field to Jackson Memorial Hospital.

During the Cold War, pioneering advancements in technology rapidly developed, often with the collaboration of private and governmental agencies and organizations.

This period is a crucial one when examining the history of telemedicine.

During the 1960s and 1970s, the U.S Department of Health, Education and Welfare, NASA, the Lockheed Company and even the U.S. Indian Health Service established the Space Technology Applied to Rural Papago Advanced Health Care (STARPAHC).

This program tested satellite-based communications in order to offer health consultations to astronauts and Native Americans in distant reservations.

The Department of Defense also lent a hand and funded several teleradiology projects in the 1970s and 1980s.

The end result was the Digital Imaging Network Project which was later utilized by radiologists in the 1980s to provide on call screenings.

Improvements in telemedicine continue to the present day.

The American Recovery and Reinvestment Act of 2009 established numerous reforms and technology advancements.

The Affordable Care Act and the Patient Protection Act advanced care coordination between medical facilities, one of the latest innovations in telemedicine.

The future development of telemedicine will only progress as time passes, as long as research and development continue to build on the successes of the past.