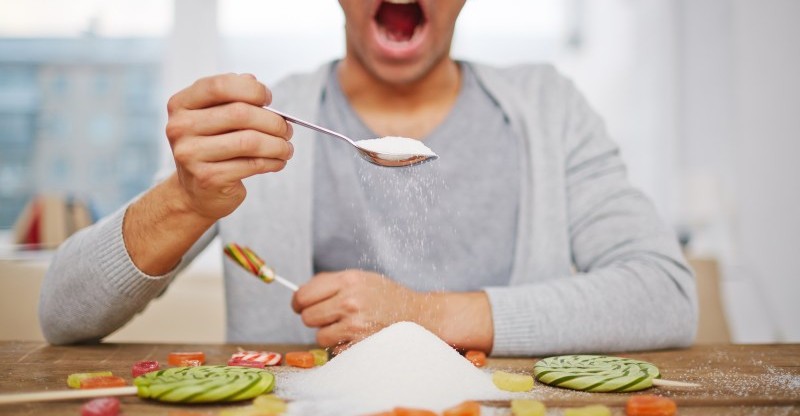 You’ve probably felt that irresistible craving to put something sweet and sugary into your mouth at least once in your life.

And when that urge forces you to eat not just a piece of cake, but the whole cake, you start realizing that there is something wrong with you.

You cannot stop yourself easily any longer, as you’ve already lost your self-control.

You may not think of it as an addiction, but the sad truth is that it very much is one.

Sugar is a calorie, which – if abused – negatively affects your health.

Consuming excess amounts of sugar leads to diabetes, obesity or excess weight, heart disease, stroke, heart attack, development of cancer cells, an overall reduction of life quality, and the list goes on and on.

However, sugar is actually vital for the human body, when consumed in moderate amounts.

Sugar is a carbohydrate that boosts your energy levels, allowing you to stay active throughout the day. 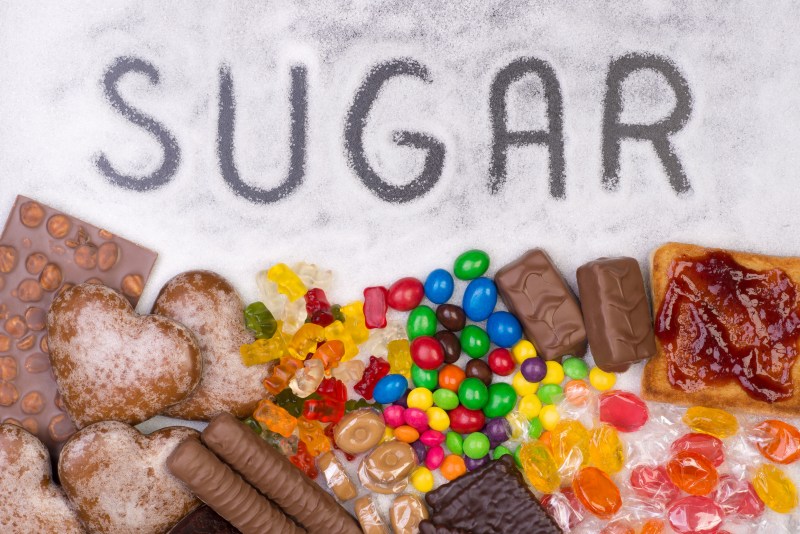 Each and every cell of your body requires energy.

Sugar gives your body a powerful energy boost, which is one of the reasons why we develop sugar addiction.

How does this happen?

Here’s how: your body quickly converts sugar into glucose and releases it into your bloodstream.

As a result, your blood sugar levels spike.

Fruits, vegetables, as well as some dairy products, have the same effect on the body because they contain simple carbs too.

However, the difference is that fruits, vegetables, and dairy products also contain fiber and protein, both of which stabilize your blood sugar levels. (1)

On the other hand, cakes, cookies, candies, donuts, syrups, sugar you put in your tea, and other sugary products don’t have such properties. 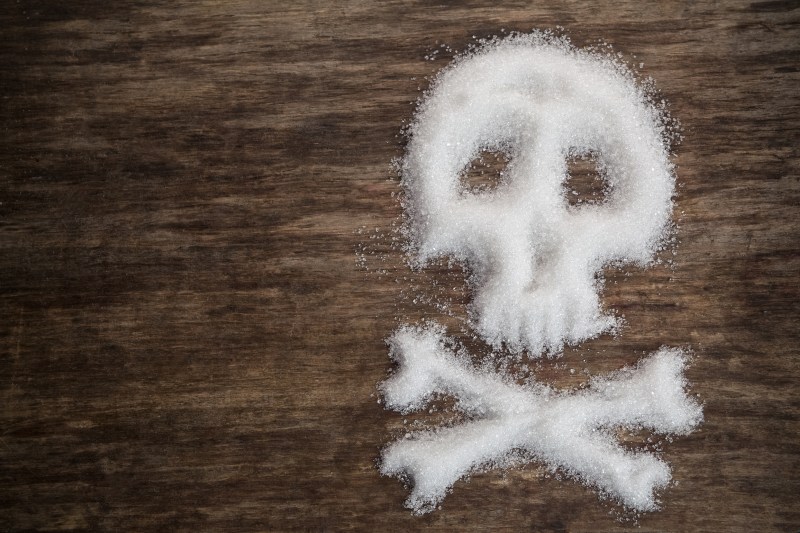 Your brain is tricked into thinking that sugar is a “reward” and it triggers a chain of reactions in your body that result in a much more powerful urge to consume even more sugar more frequently. (2)

Nonetheless, if you give into the urge of ‘rewarding’ yourself more often and start consuming sugar each time you crave it, this will most likely result in a sugar addiction. (3)

Sugar Triggers Production of Opioids in the Brain

Opioids are hormones that are usually produced by the brain when one consumes cocaine and nicotine.

So sugar has similar effects on the brain as cocaine and nicotine. (3) 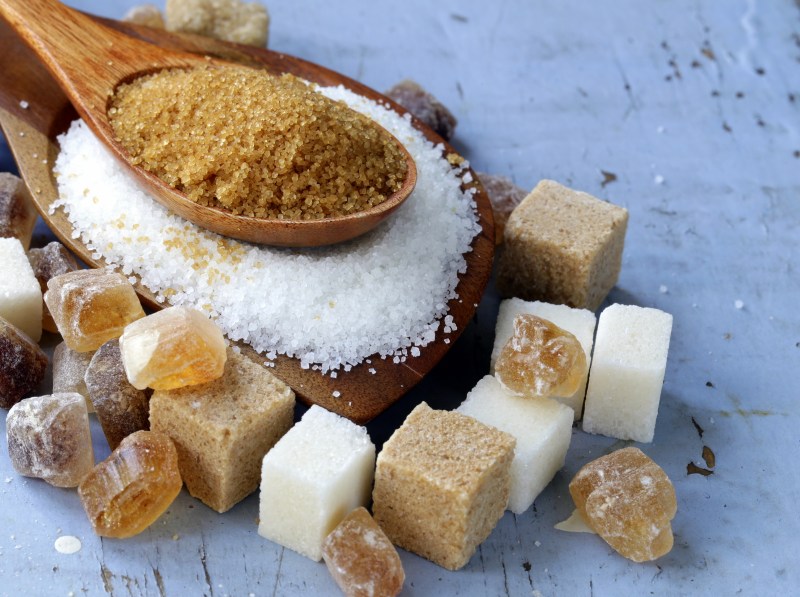 Sugar triggers your brain to release dopamine, a neurotransmitter responsible for the reward and pleasure centers of the brain.

But if you consume sugar in large quantities, the brain’s reward and pleasure centers start malfunctioning.

As a result, you crave even more foods that contain sugar because their effect gradually becomes not as “rewarding” as it used to be.

And getting to that same level of “reward” you’re used to means consuming more sugary foods more often.

Sugar is Similar to Cocaine and Heroin

Sugar stimulates the same pleasure centers of your brain as drugs do; in particular, cocaine and heroin. (3)

If you get addicted quite easily, you are at a much higher risk of losing control and starting to consume sugar in large amounts.

The human tongue has two sweet receptors, which are not adapted to sugary foods.

And when the receptors are not adapted to something, they tend to get overstimulated. (4)

Therefore, every time you consume sugar, your brain starts sending out chaotic signals, as a result of which you lose control and start craving more sugar.

That’s how sugar develops an addiction.

Another reason why sugar develops addiction lies in the hormone leptin, which plays a huge role in helping your body control weight and burn fat.

If you have issues with your leptin receptors, you are more prone to having sugar cravings and developing sugar addiction. 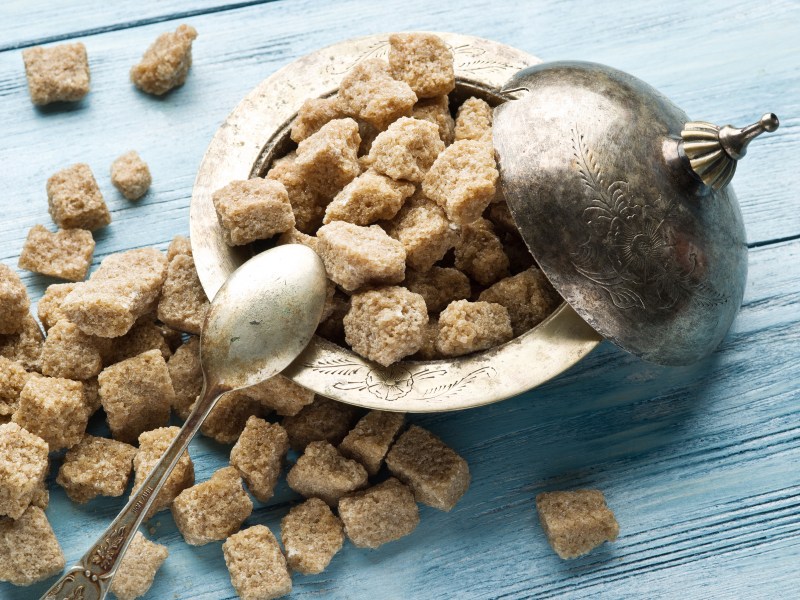 As soon as you start having the unstoppable urge to eat something that contains sugar, it means you’re most likely addicted to sugar.

However, if you don’t crave sugary foods, don’t get too excited just yet.

Junk foods (such as chips, fries, hamburgers, etc.) are complex carbohydrates, which means your body has to break them down into simple sugars.

The human body has a similar reaction to junk food: your blood sugar levels spike.

White flour, as well as the food containing it (bread, pasta, spaghetti, baked goods, cereal, pizza, etc.), has the same negative effect on the body as sugar and leads to addiction.

And since sugar is directly linked to dopamine, you end up feeling anxious and depressed when going cold turkey on sugar. 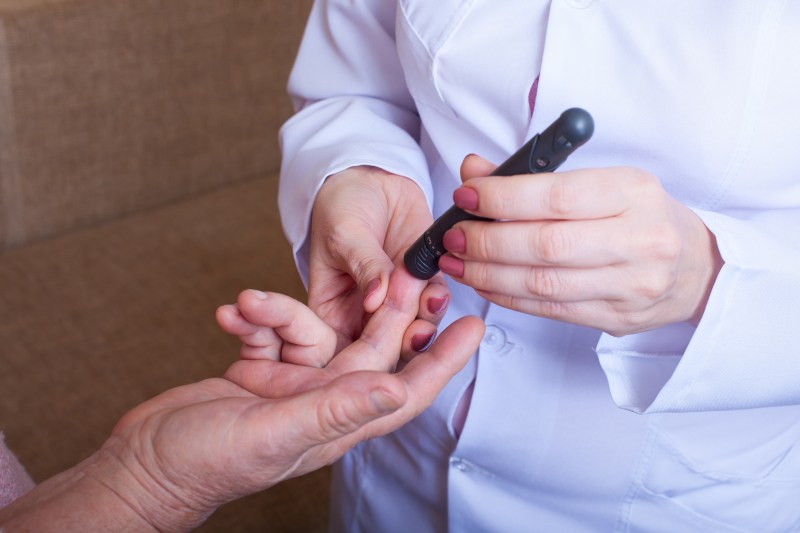 In 2008, Princeton researchers found that those rats, which consumed sugared water in large quantities, had their dopamine levels dropped when they were deprived of sugar.

Moreover, they exhibited anxiety as a sign of withdrawal. (5)

There are two ways to cure your sugar addiction: going cold turkey or gradually decreasing your sugar intake.

And while the former urges you to detox your body of sugar, it would be quite difficult for many people to do.

Instead, WebMD blogger Maryann Tomovich Jacobsen recommends cutting out one sugary food from your diet each week.

For example, you could start with putting less sugar in your tea and coffee.

The next week you could forget about sugary foods after 8 pm, etc.

In a few months, you would end up having little to no sugar in your diet while feeling great and having no need to suffer from withdrawal symptoms.

An average American ate a little more than 6 pounds of sugar per year in the year of 1822. 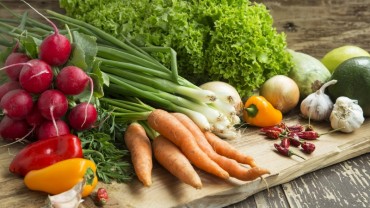