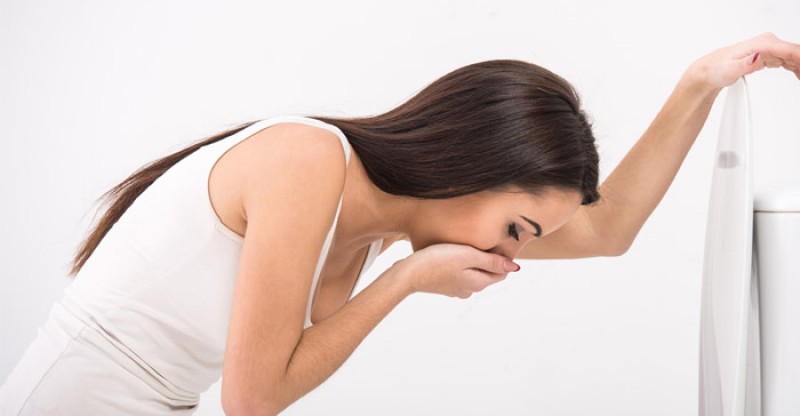 What are Nausea and Vomiting

Nausea can be described as an unpleasant feeling or urge to throw up.

Your abdominal muscles will contract powerfully to create the pressure that is necessary for throwing out the stomach contents.

Vomiting is one of the most dreaded feelings in the world.

Frequent vomiting can also make it hard for your body to get the nutrition it needs.

Remember that repeated vomiting can lead to dehydration, i.e., lack of essential minerals and vitamins your body needs.

If dehydration continues, it can quickly become a serious health concern.

Contact your doctor immediately if you cannot stop vomiting or you can’t take any fluids you need or even worse you’re vomiting for 24 hours or longer.

Excessive vomiting can also cause fatigue, which is why it is important that you do not drive or operate heavy machinery when you are tired.

Nausea and vomiting can be caused by:

Why am I Feeling Sick to my Stomach

Are you feeling sick after eating something recently?

Spoiled food can sometimes make you sick to your stomach, and you can feel better by throwing up, but you should do this only as a last resort.

You should also speak to your doctor if you’re suffering from food poisoning or have ingested noncorrosive substances, such as pills.

That sinking feeling in your stomach that tells you something isn’t right is the natural alarm your body uses to get rid of toxins and substances that make you sick.

Inducing vomiting is an effective way to feel better, but it should always be done with caution.

Simply put, throwing up in certain cases can cause more harm than good.

When is Throwing Up not a Good Idea?

As stated earlier, vomiting can sometimes put you and your health at risk.

What Substances Cannot be Eliminated by Vomiting?

Such corrosive substances as bleach can damage your esophagus and airways if you try to vomit voluntarily.

There are a number of well-established reasons for this:

Numerous cases have been documented where inducing vomiting causes more harm than the poison itself.

When is it Safe to Throw Up

It is safe to vomit when spoiled or rotten food is making you sick.

You can also throw up instantly if you have ingested noncorrosive poisons, such as pills, or other drugs, such as heroin and cyanide.

Sometimes it is necessary to throw up when you know there’s something “bad” inside your body.

You need to identify the substance that is making you sick.

Is it rotten seafood or too much alcohol that is causing problems?

Vomiting can be helpful if you need instant relief from a bad meal or alcohol and drug problems, but before you decide to “self-induce” vomiting remember that this can turn serious and even cause injuries if not done correctly.

If you have swallowed something corrosive, you need to see a doctor first, and even if you’re feeling sick from a bad meal or after having too much alcohol, contact your poison control center and seek medical treatment.

If your doctor suggests it is safe to throw up, you can induce vomiting in a few simple steps.

How to Make Yourself Throw Up

Watch Someone Else Throw Up

Watching someone else throw up triggers the same reflex inside your body.

You can find and watch YouTube videos of people throwing up.

Remember, though, that these can be disgusting.

Furthermore, watching these videos might not work instantly, but they do work, and you should feel better after vomiting.

If you don’t want to use your index finger, you can use emetics to induce vomiting.

Emetics are common “over-the-counter” drugs that can trigger vomiting by initiating contractions in your stomach.

The most frequently used emetic is ipecac syrup.

Remember that ipecac syrup is highly controversial because it can be extremely toxic in high doses.

If you decide to use ipecac syrup, make sure you only drink small amounts and follow the instructions on the bottle.

You also need to drink at least eight to sixteen ounces of water after drinking ipecac syrup.

If you are unable to vomit, contact your doctor immediately.

Does Drinking Large Volumes of Fluid Dilute the Poison?

The amount and more importantly the “kind” of fluid the affected person can drink will depend on the type of substance they have swallowed.

You should not drink any fluids unless you first check with your doctor or poison control center.

You should remember that drinking fluids incorrectly can cause more vomiting.

What’s worse is that in some cases drinking too much fluid can cause some substances to produce froth, which further complicates the situation.

Milk should never be given without consulting a medical professional.

In some cases, milk can accelerate the absorption of the chemical or medicine, such as menthol, into the body and increase the chances of poisoning.

Fizzy drinks and fruit juices should never be given without a doctor’s advice, as they can further irritate the stomach’s lining and increase the risk of poisoning.

If your doctor tells you to drink water, then it’s okay to drink one-quarter to one-half a cup (in case of children) and one to two cups in case of adults.

You may be asked to keep up your fluid intake for twenty-four hours.

This practice is common in cases where the poison or toxic chemicals affect the kidneys.

Drinking more fluids will help the substance pass out of the body faster.

Remedies You Should Never Use to Induce Emesis

What Happens Inside Your Body When You Throw Up

Vomiting or throwing up has a number of physiological effects.

The complications can be severe if vomiting is recurring over a period of several hours or days.

What You Should do After Vomiting

Vomiting does help remove something unnecessary, i.e., something toxic you ate, but it is also one of the most annoying feelings in the world.

Right after vomiting you should rinse your mouth with plain water to remove acidic content and protect your mouth, gums, and teeth, but you should never brush your teeth immediately, as your enamel can be eroded.

Instead, wait for at least thirty minutes before brushing your teeth.

You can also sip small amounts of plain water to re-hydrate your body.

Remember that you should never drink large amounts of water, as you could feel nauseous again.

What to Eat After Vomiting. While you won’t feel like eating or drinking after vomiting, here are some things that will make you feel better.

What Must be Avoided After Vomiting

How to Avoid Throwing Up

Throwing up is never pleasant, and a number of helpful tricks can be used to keep you from throwing up again.

Crush ten to twelve thick slices of fresh ginger, and place them along with three cups of water in a large pot.

Once the mixture starts boiling, turn down the heat, and simmer for twenty to twenty-five minutes.

Collect the clear fluid, and add one tablespoon of honey. Serve warm.

Pulse until you get a smooth paste.

Now add two cups of sugar along with six cups of water to a large pot and toss in smoothly processed ginger.

Once the mixture boils, simmer for at least an hour until the fluid is reduced by two-thirds.

Substances that Must be Never Vomited

If you have ingested any of the aforementioned substances, seek medical help or contact your poison control center immediately.

Vomiting can cause dehydration and irritate your digestive tract, so make sure to take good care of your body after you’ve successfully managed to throw up substances that were causing problems in the first place.

Throwing up can help remove toxins and harmful substances you’ve ingested, but you should always do it after consulting your physician. 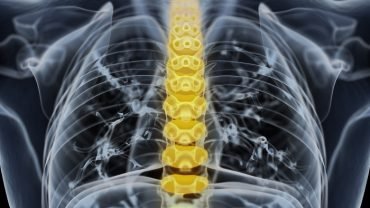