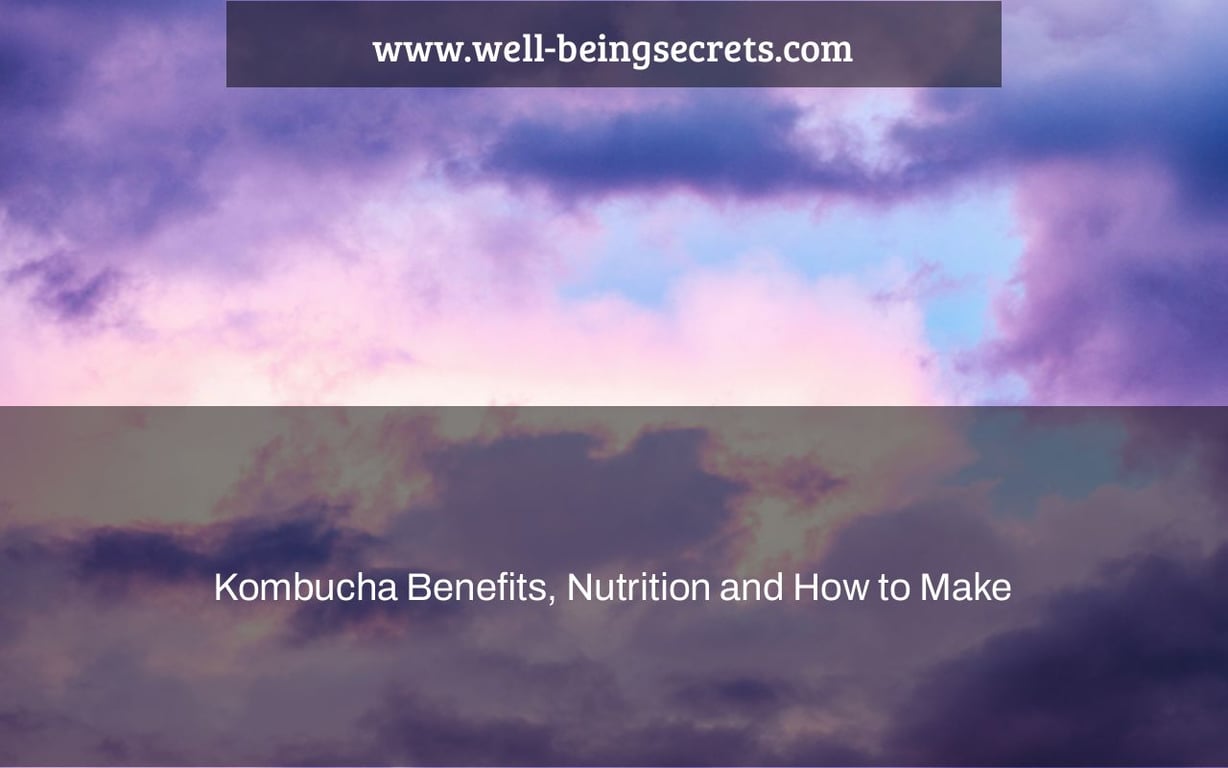 Kombucha is a fermented tea that has been around for thousands of years. It’s made with sugar, water, and the good bacteria known as kombucha, which helps balance your gut flora. It has many benefits, such as improving digestion and lowering cholesterol levels, but it also has nutrients like vitamin B12 and antioxidants that can be good for your health.

Kombucha is a beverage with amazing health advantages that extend to your heart, brain, and (particularly) your stomach. It originated in the Far East roughly 2,000 years ago and is known as the “Immortal Health Elixir” by the Chinese.

How can this ancient beverage have such a profound effect on your body?

Kombucha includes a huge number of live beneficial bacteria known as probiotics due to the fermentation process. As they absorb nutrients and combat infection and sickness, these bacteria line your digestive tract and assist your immune system.

It’s no wonder that the gut is referred to as the “second brain” since it houses 80 percent of your immune system and is the second biggest element of your neurological system.

If you already follow a whole-foods-based diet, drinking kombucha daily may help you maintain optimal immunological health, which can lead to a slew of other advantages for your overall health.

What Exactly Is Kombucha?

Kombucha is a functional, probiotic beverage made from black tea and sugar (from diverse sources such as cane sugar, fruit, or honey).

It comprises a colony of bacteria and yeast that initiates the fermentation process when coupled with sugar.

Kombucha is carbonated after fermentation and includes vinegar, B vitamins, enzymes, probiotics, and high acid content.

Although kombucha is most often brewed with black tea, it may also be produced with green teas or both. For example, the “Tea of Immortality” may be traced all the way back to ancient China.

It has also been prized for its therapeutic virtues in Russia, Japan, and Europe for hundreds of years. So, what’s the flavor of kombucha? There are a variety of tastes to choose from, but they are all fizzy, acidic, and somewhat sweet.

Some people consider it a healthier alternative to sodas, and it may help fulfill a fizzy drink appetite. However, even some soda-flavored variations make it an excellent way to reduce your sugar intake while increasing your probiotic intake.

Is it possible to lose weight by consuming kombucha? You may immediately reduce your calorie intake by substituting it for soda or other sugar-sweetened drinks, perhaps leading to weight reduction.

According to a paper published by the University of Latvia, drinking kombucha tea may help with a variety of illnesses and ailments, “owing to four primary properties: cleansing, anti-oxidation, stimulating potencies, and boosting of depressed immunity.”

Kombucha is high in antioxidants, which may aid in cleansing the body and protecting it from illness.

These antioxidants may help lower inflammation, which helps protect against various chronic illnesses, including diabetes, heart disease, and cancer.

The antioxidant properties of this ancient tea naturally combat free radicals that cause havoc in the digestive tract.

However, the large quantities of beneficial acid, probiotics, amino acids, and enzymes in kombucha are the main reasons it aids digestion.

Although bacteria are present, they are not pathogenic strains of bacteria. Instead, they’re probiotics, a kind of bacteria that helps with everything from immune function to mental wellness and nutrition absorption.

Kombucha has been found in animal models to help prevent and treat stomach ulcers.

It may also help prevent candida overgrowth in the stomach by restoring digestive equilibrium with live probiotic cultures that assist the gut in repopulating with healthy bacteria while crowding out candida yeast.

3. It has the potential to improve mental function

Kombucha may be able to protect your intellect in addition to improving digestion.

This is partly due to the presence of B vitamins, which are known to boost energy levels and promote mental health. Because of its high vitamin B12 concentration, dried kombucha products are occasionally used in supplements.

It’s also high in probiotics, a kind of helpful bacteria known to have a role in mental well-being.

4. Promotes the health of the lungs

Kombucha’s usage as a possible cure for silicosis, a lung illness caused by chronic contact with silica particles, is an unexpected advantage.

Inhaling kombucha might be a means to cure silicosis and a variety of other lung ailments caused by hazardous chemical inhalation, according to a study done in China.

However, drinking your kombucha rather than inhaling it is still suggested.

Drinking the living cultures in kombucha may actually kill many forms of harmful bacteria that cause diseases, which may seem paradoxical.

It was shown to have antibacterial properties against staph, E. coli, Sh. sonnei, two strains of salmonella, and Campylobacter jejuni in lab experiments.

Food poisoning and foodborne sickness are caused by several of these bacteria types all over the globe.

6. Aids in the management of diabetes

Although some practitioners advise people with diabetes to avoid kombucha, it seems that some study shows that low-sugar variants may potentially be advantageous.

It has been proven to help reduce diabetic symptoms in certain animal models, even more efficiently than the black tea from which it is fermented due to the antioxidants it contains.

It may also aid in improving liver and renal function, which is often compromised in diabetics.

7. It is beneficial to the heart

For a long time, kombucha has been thought to be good to the heart, yet research in this area has been limited. However, it seems that kombucha may naturally decrease triglyceride levels and manage cholesterol in animal models.

8. Helps to keep the liver in good working order

The liver is an important component in digestion and general health because it works hard to filter and expel toxic chemicals.

According to some in vitro studies, the antioxidants in kombucha may protect the liver from oxidative stress and damage caused by acetaminophen overdose.

Although nutritional information varies by brand and handmade brew, kombucha is usually low in calories and rich in B vitamins such as folate, riboflavin, vitamin B6, and thiamine.

The nutrients in a 16-ounce container of unpasteurized organic kombucha drink are as follows:

From the comfort of your own home, you can produce kombucha.

This recipe yields around eight cups, but you can quadruple it to create more – and you only need one SCOBY disk, which can be found at many health shops or included in a kombucha starting kit.

Is it possible for kombucha to be harmful? Most folks get several kombucha advantages with little to no negative side effects. However, there are some major risks and measures to take into account.

Because contamination is possible and the SCOBY disk and completed product aren’t inspected for quality as they are when generated professionally, kombucha side effects seem to be more dangerous when made at home.

If you’re going to make your own, be sure to utilize sterile equipment, keep your workspace clean, and use high-quality materials.

When consuming kombucha, a tiny number of individuals develop bloating, nausea, infections, and allergic responses. In addition, its strong acidity may create difficulties for persons who have digestive issues such as stomach ulcers, heartburn, or intolerance to highly acidic meals.

Furthermore, due to the acidity, you may aid minimize tooth damage by drinking it all at once and then swishing water in your mouth.

People with significantly weakened immunity owing to infections such as HIV/AIDS should avoid drinking it since the yeast might develop hazardous germs that can cause disease. This is particularly true in the case of handmade variants.

Is kombucha an alcoholic beverage? Most goods have an alcohol concentration of less than 0.5 percent, indicating that they are “non-alcoholic.”

Another often asked topic is if kombucha contains caffeine. Although it contains a minor amount of caffeine, it is far less than the tea that is used to make it.

While there hasn’t been much research on pregnant women, it’s always a worry that they shouldn’t drink alcohol or caffeine, both of which are found in minor levels in kombucha. So before taking it, see your doctor and consume it in moderation to avoid any negative side effects.

What is the best way to drink kombucha for good results?

A: Kombucha is a fermented beverage made from tea, sugar, and bacteria. You can drink it as-is or add fruit juice to the mixture for different flavors. People typically like kombucha because of the caffeine and probiotics that are present in the drink.

How much homemade kombucha should you drink a day?

A: It is best to start small and see how you feel. I recommend 1/2 a cup of homemade kombucha every day for the first week, then 3-4 cups per week after that.

How do you make kombucha at home?

A: You can buy a brewing kit from many sources. If you do not have one, the best option is to buy organic black tea and some sugar or honey. Boil this with water for about 5 minutes, then set it aside to cool down before adding the starter culture and flavoring in jars that are large enough for your bottles. 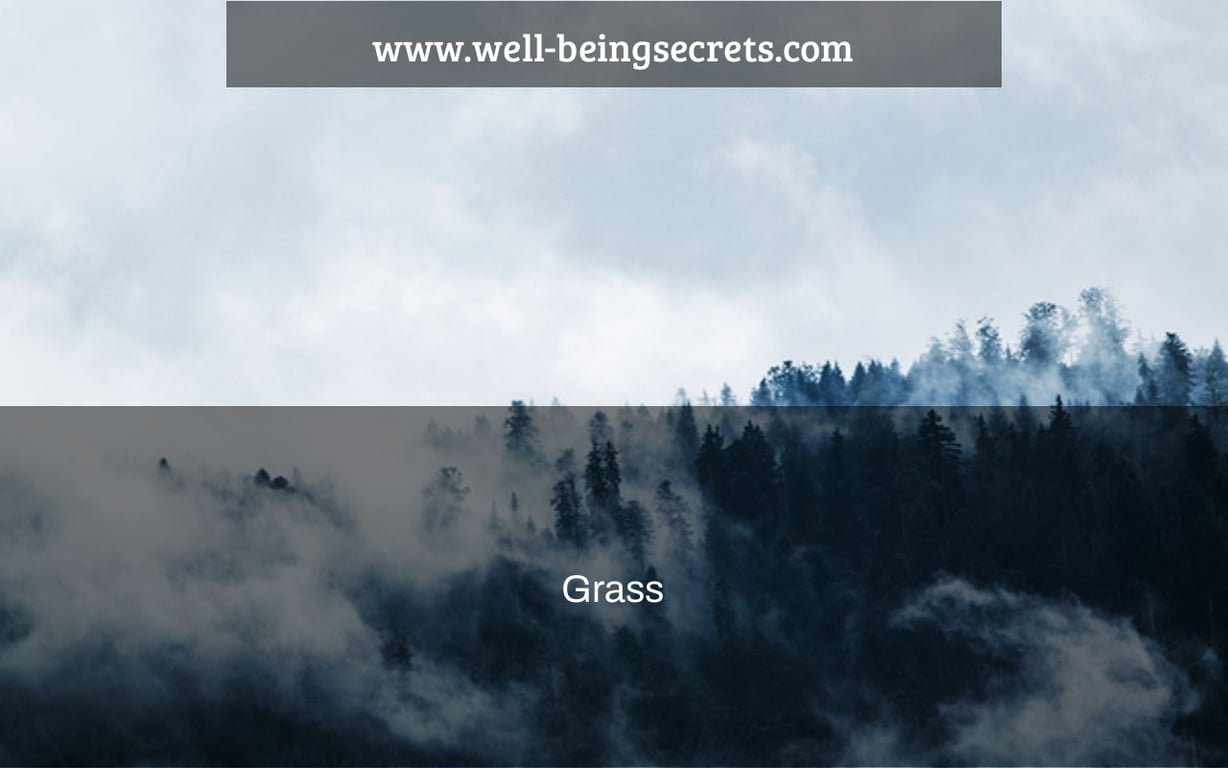