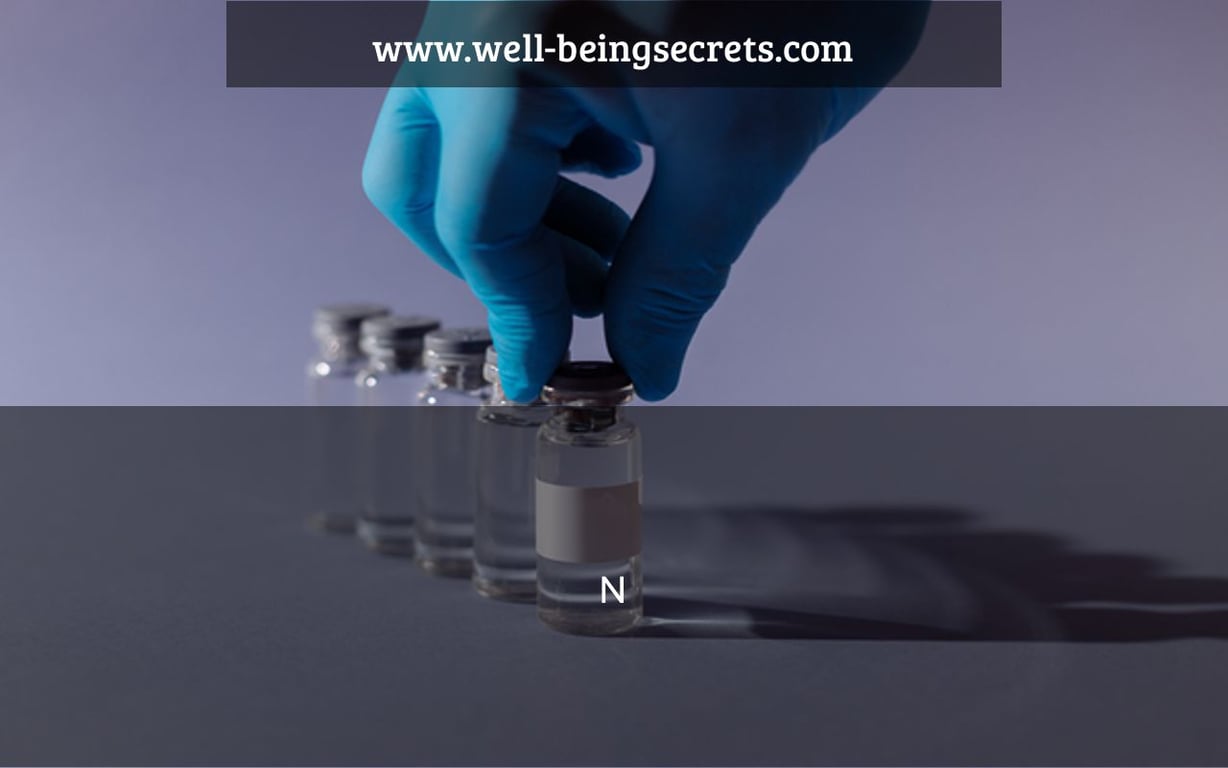 According to a recent study, N-acetylcysteine (NAC), a supplement form of L-cysteine, is an effective, safe, and low-cost therapy option for various illnesses, both acute and chronic.

Not only has it been utilized as an efficient mucolytic agent (mucous-thinner) for over three decades, but it also has other applications such as decreasing inflammation, preserving the liver, and preventing/treating medication toxicity, insulin resistance, PCOS infertility, and more.

What Is NAC and How Does It Work?

N-acetylcysteine (NAC), a cysteine supplement, is an amino acid that aids the body’s production and use of beneficial antioxidants.

While cysteine may be found in a variety of high-protein meals, NAC can only be accessed via the use of supplements or prescription medications.

NAC is classified as a “semi-essential amino acid” since it may be synthesized by the human body from other amino acids, mainly methionine and serine. That implies there isn’t a daily need for NAC in your diet, but greater levels may benefit certain individuals.

What is the purpose of NAC? The following are some of the most prevalent applications:

1. Antioxidant and aids in the formation of glutathione

NAC is involved in the glutamatergic system’s regulation. In other words, NAC (together with glutamine and glycine) is an amino acid that is required for the production of glutathione, perhaps the most essential antioxidant in the human body, as a precursor of L-cysteine, which results in glutathione biosynthesis.

The antioxidant and anti-inflammatory properties of N-acetylcysteine are the most significant mechanisms of action. Its capacity to raise glutathione levels, scavenge free radicals, and decrease oxidative stress is responsible for these benefits.

Consequently, it’s suggested as a possible therapy for a variety of ailments caused by free oxygen radicals, including liver disease, Alzheimer’s, Parkinson’s, and possibly cancer.

2. Can Assist with Pregnancy Outcomes

Is it safe to use N-acetylcysteine when pregnant?

NAC therapy has been established in studies to have no negative effects on the mother or the fetus.

In conjunction with vitamin E, or vitamins A+E, and essential fatty acids, NAC has been shown in certain studies to lower reactive oxygen species (ROS) and increase pregnancy rates in people trying to get and remain pregnant, particularly women with PCOS.

This is because it raises antioxidant glutathione levels, which has a beneficial effect on insulin production and lowers insulin resistance, both linked to PCOS.

NAC seems to operate as a treatment method to enhance the amount of circulating insulin and insulin sensitivity in PCOS patients with hyperinsulinemia, according to a paper published in Women’s Health Reviews.

NAC also contains anti-inflammatory properties that may help improve pregnancy and birth outcomes in women who have infections and are at risk of premature labor. After week 16 of pregnancy, doses of roughly 0.6 grams of NAC per day may be given orally with progesterone to prevent a preterm birth recurrence.

Additionally, it may aid in treating acetaminophen overdose, which is the most prevalent drug overdose among pregnant women.

3. Breaks up mucus, which aids in the treatment of respiratory problems

NAC may help decrease mucus discharges and phlegm and coughing, wheezing, and breathing difficulties. This makes it effective in treating chronic bronchitis (defined as the presence of persistent productive coughs for more than three months in two consecutive years), as well as colds and flu.

Furthermore, there is evidence that it may be used as an adjuvant therapy for COPD (the fourth-leading cause of mortality in the United States) and emphysema.

4. It protects the liver and kidneys

What is N-acetylcysteine excellent for when it comes to detoxification? Another application is to help manage adverse effects associated with taking certain medications/drugs, particularly acetaminophen, and protect the organs from free radical damage.

NAC is an excellent treatment for acetaminophen intoxication and severe liver failure in emergencies.

NAC injections might be administered to decrease the adverse effects of overdose on the liver and kidneys. It seems to mitigate chemical toxicity in numerous ways:

When administered within eight to ten hours of an overdose, it works best at lowering toxicity. Patients who consume NAC within eight hours usually recover quickly and have less than a 10% incidence of hepatotoxicity, as well as a minimal risk of significant liver or kidney damage.

An imbalance of glutamate is thought to be one component in mood and cognitive disorders. Therefore, NAC for anxiety, depression, and other mental health issues may be an effective supplemental therapy since it affects levels of the neurotransmitter glutamate in the brain.

It’s been proven to have beneficial therapeutic effects on mental illnesses defined by oxidative stress or impulsivity and compulsivity, in particular.

This molecule has been explored in various illnesses, including depression, bipolar disorder, OCD, PTSD, schizophrenia, addiction, eating disorders, Alzheimer’s disease, and addiction, according to several research, including neuroimaging studies.

While more study is needed to understand how NAC works in the brain, there are indications that it may aid with ruminations (difficult-to-control extreme negative self-thoughts). In addition, it may assist in making these thinking patterns less stressful and less likely to elicit severe anxiety or dread and melancholy.

6. It has the potential to help prevent the development of cancer

NAC has been found to protect against cancer by neutralizing free radicals that cause DNA damage, yet it isn’t a cancer therapy. In animal experiments, animals given NAC had less cellular damage and fewer lung, colon, and bladder cancers than animals given a standard diet.

NAC seems to help protect against cancer in various ways, according to clinical trials. These are some of them:

It may also be utilized to assist cancer patients in overcoming the side effects of certain medications and therapies.

As previously stated, NAC enhances insulin sensitivity and may aid people who are prone to metabolic diseases.

How to Use and Dosage Information

NAC is an over-the-counter supplement that may be found in capsule or tablet form at your local health food shop. It’s also accessible as an injectable with a prescription.

While cysteine (a sulfur-containing amino acid) may be found in meals such as chicken, turkey, various meats, garlic, yogurt, and eggs, NAC can only be obtained via the use of supplements or medications.

There is no agreed-upon “optimal dosage” for NAC supplements, nor is NAC’s daily need. However, experts advise taking a sufficient quantity for many months and carefully tracking its impact on key symptoms to determine if it is helpful and how much you need.

The following are standard NAC dose guidelines based on the symptoms/conditions you’re treating:

How long does it take NAC to start working?

This is dependent on the ailment being treated, the person, and the dose administered.

When administered intravenously, it may help alleviate overdoses and toxicity within hours. Other problems may take many months to improve; however, some individuals may see results in as little as a few weeks.

Is it better to take NAC in the morning or at night?

It may be done at any time of day that is convenient for you. NAC pills come in 500, 600, 750, and 1,000 mg dosages. To notice effects, you’ll probably need to split your dosage and take it twice or three times a day, so try taking it once in the morning and once at night.

Interactions, Side Effects, and Risks

Is NAC a risky substance?

While it is generally safe to use, there may be certain medication interactions and undesirable side effects. However, most experts generally agree that the possible advantages of using NAC exceed the hazards.

What are the negative consequences of using NAC?

The following are some of the possible NAC adverse effects:

It may not be safe for those with asthma, bleeding issues, or who are using nitroglycerin-containing drugs, such as blood thinners and blood pressure meds. If you have any of these conditions, consult your doctor before using NAC supplements to rule out any potential interactions.

Is NAC harmful to your kidneys? Is it possible for NAC to harm the liver?

Any supplement with a high dosage might cause liver or kidney issues; however, as previously said, NAC is typically thought to protect the liver and kidneys rather than damage them.