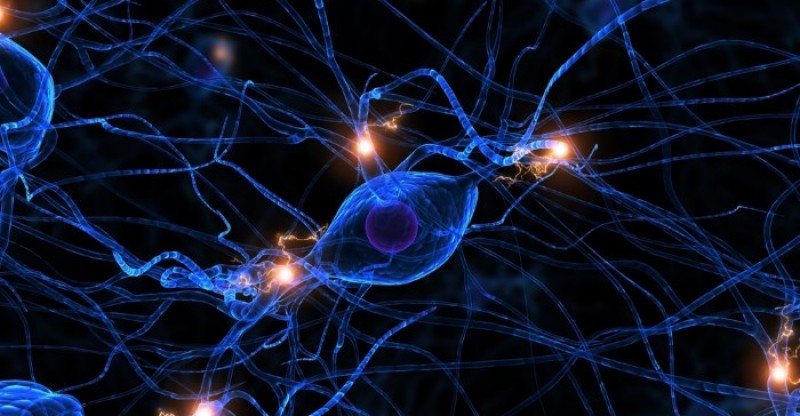 To have healthy cells, you have to undergo an active, regular process – tune up your cells, which will slow aging and reduce the risk of cell dysfunction.

Even if cell dysfunction is imperceptible to the naked eye, it can lead to disease — if it’s not corrected on time.

By utilizing pulsed electromagnetic fields (PEMFs) every day, you can fine-tune your health in just minutes.

Once symptoms of a known disease or condition are detected, PEMF treatments can often help cells rebalance dysfunction faster (whether they’re applied alone or along with other therapies).

Numerous benefits of PEMF therapy have been manifested through more than 2,000 medical studies (which were conducted all around the world with several different PEMF therapy devices).

The positive effects of PEMF were well-established by the mid-20th century.

They were used for experimentation in healing and cellular wellness.

They were sold to both doctors (as medical devices) and consumers (as therapeutic devices).

The first high-power PEMF therapy devices appeared on the market in the 1970s.

They were used to improve the health of muscles, tendons, nerves, ligaments, and cartilage.

And they reduced pain and cellular regeneration.

Many countries around the world have accepted medical PEMF therapy devices.

Science teaches us that everything is energy. It’s always dynamic, so it has a frequency.

All energy is electromagnetic in nature. All atoms, cells, and chemicals produce EMFs.

Every organ in our body produces its own electromagnetic field.

It’s been proven that our bodies actually project their own fields and that all 70 trillion body cells send signals via electromagnetic frequencies.

No reaction takes place in the body without an electromagnetic exchange.

Once the electromagnetic activity of your body ceases, you’re no longer alive.

Since PEMFs deal with impaired chemistry and the function of cells, they boost overall health.

Even the weakest frequencies are capable of penetrating every cell, bone, tissue, and organ (without being altered or absorbed).

Most of the chemical and electrical processes in tissues are stimulated by PEMFs passing through them.

Therapeutic PEMFs are particularly designed to support cellular energy in a positive way, so they provide better cellular function and health.

Devices that produce PEMFs can vary according to a number of important features: waveform, frequency, strength, and type of stimulators.

Frequencies can be complex or simple, and the intensity can also be low, medium, or high.

Most PEMF devices help to a certain degree, depending on the condition or problem.

But choosing the wrong device may lead to unsatisfactory results.

Since our body is complex, PEMFs are an ideal pathway to getting good results (without the need for a myriad of different treatments).

According to NASA, lower frequencies are ideal for stimulating cell growth, healing, and repair.

And our brains, cells, and bodies operate and resonate at the same frequencies as the earth’s geomagnetic and Schumann frequencies.

Electroencephalograms (EEGs) and medical science have shown that the brain operates from 0-30 Hz, which corresponds to both low-delta to high-beta brainwave frequencies.

All of these claims were backed by a number of studies, which demonstrated that our cells and tissues resonate at these same frequencies.

Some of the studies even showed that the human body radiates or emits these same frequencies.

Why is it important to use the most relevant frequency?

That’s the only way to make sure you use a device that operates at its best.

There are a great number of studies confirming that this window is ideal for repairing and healing the body.

Why is a Biorhythm Clock Important

You need a PEMF therapy device to provide you with the correct frequency range.

But you’ll also need a biorhythm clock to give you the right frequency for a specific time of the day.

For instance, in the morning, you want to be alert. So a beta-frequency (15-30 Hz) would be appropriate.

On the other hand, before going to bed, you want to relax and prepare your body and mind for rest.

Meanwhile, on the dark side of the earth, the frequencies are slightly slower.

So although the body resonates to all frequencies in the 0-30 range, it’d be ideal to use the settings that are in alignment with the time of day and the wave patterns of the circadian rhythms.

What is the Ideal Amplitude or Intensity

Amplitude or intensity are as important as frequency.

While there’s an ideal frequency range for the body, there’s also an amplitude/intensity window.

If the amplitude is not strong enough, the cells won’t be affected.

On the other hand, if the amplitude is too strong, it may be harmful to the cell.

Numerous studies (including the NASA study) have shown that a low intensity is the best, safest amplitude.

In other words, they respond to the slightest signal, even in the pico-tesla range (100,000 times weaker than the earth’s magnetic field).

When it comes to PEMF therapy, less is more.

Less PEMF is beneficial, essential, and safe, whereas more is inefficient (and can even be harmful).

On the market, you’ll find PEMF devices, which have intensities that are way too high.

Don’t fall for their tricks; they’ll tell you that you need a stronger device.

For that reason, look for a device that uses intensities close to the ones the earth provides.

Moreover, if you’re chemically sensitive, try to find a PEMF device with lower-intensity settings (in the pico- and nanotesla range).

PEMFs stimulate electrical changes — around and within the cell.

The improved transportation of calcium increases its absorption in bones and improves the quality of cartilage in joints.

Here are some beneficial effects of PEMF.

Indian scientists report that PEMF therapy has been found to alleviate the symptoms of arthritis.

Namely, a 1998 study published in the Journal of the Indian Medical Association found that PEMF therapy can beneficially treat rheumatoid arthritis (1).

A 1986 study published in the Annals of Plastic Surgery investigated the role of PEMF therapy in soft-tissue healing.

According to the reports that were designed to evaluate the effect of PEMF on wound healing, electrical PEMF stimulation showed little to no effect on soft-tissue healing.

However, researchers agree that further investigation is required to provoke an adequate response in soft tissues (2).

In 2004, a study published in the Journal of Orthopedic Research was conducted to determine the acute effects of PEMF stimulation on arteriolar microvessel function.

The methods included rats, whose arteriolar diameters were measured before and after PEMF stimulation.

Relieves the Symptoms of Depression

According to a 2000 study published in Radiatsionnaia Biologiia Radioecologiia, PEMF therapy beneficially affects the emotional behavior and motor activity of rats.

They discovered that a frequency range of 4-6 Hz significantly decreases the negative reactions of anxiety and fear (4).

Neuroscience and Behavioral Physiology published a study in 2003, which was performed on 121 patients with diabetic polyneuropathy (DPN).

The study demonstrated a correlation between DPN and the frequency of PEMF therapy.

For that reason, PEMF was found to be effective at treating DPN and diabetes mellitus (5).

According to a 1999 study published by the Bangladesh Medical Research Council, PEMF stimulation enhances bone healing.

Even though the mechanisms are still unclear, researchers are seeking empirical evidence (6).

In 1999, a study conducted in the United States investigated the effects of PEMF on 42 patients suffering from migraine headaches.

After exposure, all the patients experienced fewer headaches by the second month.

Therefore, using PEMF therapy for at least 3 weeks is an effective intervention for migraines (in the short-term) (7).

The Bioelectromagnetics Society published a 1993 study, which investigated the correlation between sciatic nerve repair and PEMF therapy.

The results showed that PEMF pretreatment conditioned the rats’ sciatic nerves, which indicated that PEMF affects the neuronal cell body (8).

In 1993, a group of researchers investigated the effects of PEMF therapy on pain relief.

The study was published in the European Journal of Surgery.

It demonstrates how brief exposure of affected areas to the application of PEMF induces an effective treatment (in the short-term).

Increases the Range of Motion

According to a 1996 study published in Clinical Rheumatology, PEMF shows beneficial effects on the range of motion and pain in patients with cervical osteoarthritis.

34 patients were included in the study. After the treatment, they were found to have reduced muscle spasms and neck pain, as well as an increased range of motion (10).

When faced with a health problem, people often turn to conventional treatments.

But now there’s something new in the field of preventative health and wellness.

Even though enormous amounts of money are invested in the healthcare industry, only 10% is being invested in alternative or preventative modalities.

But society as a whole is looking for the alternative, complementary solutions.