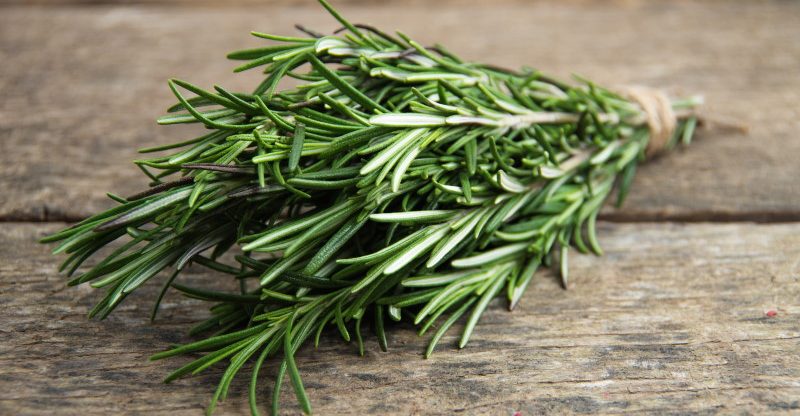 Rosemary has been used to treat health problems since the time of the ancient Greeks, and its use in culinary applications is equally widespread.

This aromatic herb can make your chicken very tasty, but did you know that it can also improve your health?

Below, we explore the many application for using rosemary to enhance your health.

Rosemary, also known as Rosmarinus officinalis, is a powerful and tasty herb that originated in the Mediterranean region.

The rosemary plant is a woody shrub that has needles like a pine tree, and its aromatic oils and compounds are what give this herb its many medicinal properties.

This woody herb, which is a member of the mint family, is also related to oregano, thyme, and basil.

Rosemary is used in cooking and medicine because it is high in antioxidants, although these properties vary widely depending on where the plant is grown and when it was harvested.

When used in cooking, rosemary imparts a warm but bitter flavor that adds great flavor and aroma to all kinds of recipes.

It enhances the flavor of meats, mushrooms, root vegetables, and much more.

Rosemary can be used as wither whole fresh or dried herbs, and it is also available as a supplement in dried powdered extracts, oils, teas, and powders.

There is a wide range of ways to consume rosemary available today.

It was also known to strengthen your immunity and help promote better circulation.

The compounds and phytochemicals in rosemary are diverse and numerous.

Among these are several types of oils as well as phenolic diterpenes and phenolic acid derivatives (1).

Rosemary extract has been found to contain antioxidant properties that strengthen when extraction time is lengthened (4).

These compounds are more effective at combatting oxidative stress than other, more common antioxidants (5).

By inhibiting the growth of many strains of bacteria, viruses, and fungi, rosemary extract is an excellent choice for stopping the spread of disease.

It is most effective on Gram-positive bacterial strains (6), but it has been shown to block 28 different strains of bacteria effectively (7).

In additional research, rosemary was shown to also prevent fungal infections (8) as well as some viruses (9, 10).

One of the most significant benefits of rosemary is its ability to reduce inflammation.

The compounds in this herb decrease inflammatory markers (11) and the production of nitric oxide (12).

Reducing inflammation can help improve symptoms of many chronic diseases.

Supports and Protects the Brain

One of rosemary’s oldest applications is to help improve brain function and boost memory.

This supplement was also helpful in enhancing memory speed in older adults at low doses (14).

Other trials showed improvements in simple accuracy and speed of simple calculation tasks, too (15).

In addition to boosting brain function, rosemary may be able to protect the brain from neurodegeneration as well as overstimulation.

The compounds in the rosemary plant boost protection defenses with neurons from tissue damage (16) while also reducing swelling and blood clots in animal trials (17).

By reducing levels of oxidative stress (17) and the buildup of amyloid plaques (18), rosemary could help protect against Alzheimer’s, a form of dementia.

The rosmarinic acid found in his herb also suppresses acetylcholinesterase, which plays a role in several cognitive disorders (19).

When used on its own or combined with conventional pain relievers, rosemary is effective at reducing pain.

It has been used traditionally to treat menstrual cramps, kidney pain, and stomach spasms, and it can even lower pain sensitivity.

When it is used in combinations with over-the-counter and prescription pain killer, rosemary increases pain tolerance, as well (20).

The rosmarinic acid found in the rosemary plant can help prevent the buildup of fluid in the lungs (29).

For patients with asthma, it can also reduce coughing, chest tightness, and wheezing.

This appears to be because rosemary minimizes the production of inflammatory markers that cause the inflammation that produces asthma symptoms (21).

The use of rosemary as a digestive aid is another common herbal medicine application for this herb.

It is known to be effective at increasing the production (22) and discharge of bile (23), which can reduce infection risks and reduce the buildup of bile in the gut.

The active compounds in rosemary could be harnessed someday to help treat and fight cancer.

It works by lowering specific proteins that are known to cause cancer (29), and the higher the concentration of carnosic acid, the more effectively it was able to stop cancer cell growth (30).

When rosemary is combined with conventional cancer treatments, it can increase the effectiveness of some drugs, such as cisplatin (31).

It has also proved effective at helping fight colon cancer with used with specific cancer drugs for that disorder (32).

When combined with Vitamin D compounds, it can also help to fight leukemia (33).

Extract of the rosemary plant can help keep your skin healthy by protecting it from UC damage and insects.

In both cell and human trials, rosemary was effective at preventing cellular damage from UV exposure (34) while also reducing the kinds of aging (35).

It can even help protect your skin from acne by fighting the bacteria that causes breakouts.

When you are outdoors, and under attack from stinging or biting insects, the compounds in rosemary can help.

Pesticides made with rosemary oil are a natural alternative to harmful chemicals and reduce spider mites (36) as well as mosquitoes.

In fact, rosemary oil is active longer than any other essential oil at protecting against the Aedes aegypti mosquito, which spreads the Zika virus (37).

Rosemary oil can also prevent the spread of black-legged tricks, which are carriers of Lyme disease in certain portions of the US (38).

When you have poor circulation, it can affect other aspects of your health.

You are most likely to notice circulation problems when you have chronically cold hands or feet.

For example, patients with Raynaud’s disease, which impairs circulation, enjoyed improved circulation and warmer extremities when they massaged their hands and feet with a rosemary oil blend (39).

By expanding blood vessels, this herb can improve circulation and allow for more oxygen and nutrients, as well as warmth, to reach all the cells of your body (40).

These results were confirmed in a similar animal trial what concluded that, while the animals did not eat less, they gained less fat during the trial period, as much as 69 percent less than the control group (42).

Stress is caused by a number of different factors and varies from person to person. Inhaling rosemary could help you cope better with stress, though.

This powerful herb has a pleasant aroma that can lower your heart rate (43), which is a sign that your anxiety is reduced (44).

In one trial, students who inhaled rosemary had fewer stress hormones in their saliva than the control group (45).

Having lowered stress levels can help improve your health, reduce anxiety and depression, and allow you to focus more clearly.

In the future, rosemary could play a role in antithrombotic treatments.

Be lowering oxidative stress, the carnosol found in rosemary could help to protect the liver from damage (47).

Rosemary influences plasma glutamic-pyruvic transaminase, which is an indication of liver damage in animal trials (48).

In addition to protecting the liver, rosemary may be able to support kidney and bladder support, too.

When urine builds up in the body, it can lead to a dangerous condition called uremia.

Wastes usually eliminated through urination overflow and are released into the blood.

Aromatic herbs, like rosemary, have the power to lift spirits and boost your mood while also benefiting your physical health.

When one group of subjects smelled this herb, they reported feelings of contentment (50).

It can also be used to stimulate your mind and give you more energy.

In one trial, participants inhaling this essential oil reported feeling more refreshed and less sleep than the control group (51).

When your mind smells rosemary, your brain waves are altered, allowing you to feel more alert, attentive, upbeat, and energetic.

Results are similar whether rosemary is used for inhalation or applied to the skin in these trials and improvements in cognition, mood, and energy occur very quickly.

There is some evidence to suggest that rosemary may have some additional health benefits. These include:

Taking rosemary supplements for extended periods may also cause problems.

For example, in animal trials, prolonged supplementation resulted in a shrinking of male reproductive organs as well as a decrease in sperm count and motility, while females experienced more loss of fetuses (59).

There is some indication that rosemary raises blood sugar levels, too (60).

If you have sensitive skin, you are more likely to experience irritation when using rosemary oil topically (61).

Those with diabetes should use this herb with caution

Taking rosemary during pregnancy is not advised, as there is an increased risk of miscarriage (62), and breastfeeding women should only use it in moderation (63).

While rosemary extract or supplements are relatively safe when taken at standard doses, it can become toxic at extremely high levels.

In many of the animal trials mentioned in this review, the doses needed to reach the beneficial effects would be too high for everyday consumption (64).

Rosemary is known to influence the activity of some drugs.

Rosemary extract, supplements, and essential oils are all useful for improving many health conditions and issues.

This herb is not only a terrific addition to your cooking, but it can also lower levels of inflammation, help protect you against cancer, and improve your memory and focus.

If you are looking for repelling insects, lower pain, and regrow thinning hair, then rosemary can help. 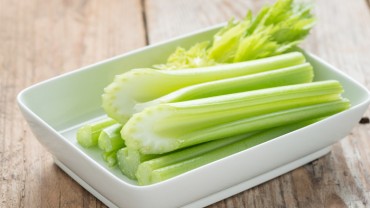