Rosemary oil is an essential part of your hair care routine. It can be used for both beauty and health benefits, including a cure for baldness. Here are all the ways to use rosemary oil in your everyday life!

Rosemary is much more than a fragrant herb that goes well with grilled lamb and potatoes. It’s really one of the world’s most potent plants and essential oils!

Rosemary has the same remarkable free-radical fighting potential as goji berries, with an antioxidant ORAC value of 11,070. For thousands of years, this Mediterranean evergreen has been used in traditional medicine to enhance memory, calm digestive disorders, stimulate the immune system, and treat aches and pains.

According to scientific research, the advantages and applications of rosemary essential oil only keep growing, with some of the most recent ones even pointing to rosemary’s capacity to have tremendous anti-cancer effects on numerous different forms of cancer!

What Is Rosemary Essential Oil and What Does It Do?

Rosemary (Rosmarinus officinalis) is a tiny evergreen shrub of the mint family, including lavender, basil, myrtle, and sage. Its leaves are often used to flavor various recipes, both fresh and dried.

Rosemary essential oil is derived from the plant’s leaves and blooming tops. Invigorating and purifying are two words that come to mind when thinking about rosemary oil. In addition, it has a woody, evergreen-like aroma.

The significant antioxidant activity of rosemary’s key chemical elements, such as carnosol, carnosic acid, ursolic acid, rosmarinic acid, and caffeic acid, has been ascribed to the majority of rosemary’s favorable health benefits.

Rosemary has been used for ages and was considered holy by ancient Greeks, Romans, Egyptians, and Hebrews. In terms of some of the more unusual applications of rosemary throughout history, it’s been reported that brides and grooms formerly wore it as a bridal love charm. In addition, when rosemary is used at funerals in locations like Australia and Europe, it is seen as a gesture of respect and remembering.

Androgenetic alopecia, also known as male or female pattern baldness, is a frequent hair loss that is linked to a person’s heredity and sex hormones. For example, dihydrotestosterone (DHT), a byproduct of testosterone, is known to assault hair follicles, resulting in irreversible hair loss. This is an issue for both sexes, but particularly for males who make more testosterone than women.

A randomized comparison study published in 2015 looked at the efficacy of rosemary oil vs. a standard conventional medication for hair loss related to androgenetic alopecia (AGA) (minoxidil 2 percent ). For six months, 50 AGA participants were given rosemary oil, and the other 50 were given minoxidil. After three months, neither group showed any improvement, but both groups had substantial hair count increases after six months. As a result, natural rosemary oil worked just as well as the traditional medication for hair loss and produced less scalp itching as a side effect than minoxidil.

In animal studies, Rosemary’s potential to decrease DHT in people with hair regrowth disturbed by testosterone therapy has also been shown.

“There’s rosemary, that’s for recollection,” Shakespeare’s “Hamlet,” says, pointing to one of the herb’s most outstanding advantages. “I’ll pray for you, love, and remember.” The brain-boosting capacity of rosemary has been known for thousands of years, and it was used by Greek academics to improve their memory while taking examinations.

In 2017, the International Journal of Neuroscience released a research that focused on this phenomenon. The University of Northumbria, Newcastle researchers, observed the following after examining how lavender and rosemary oil aromatherapy improved the cognitive function of 144 participants:

Rosemary essential oil has been shown in trials to help cure and prevent Alzheimer’s disease in addition to memory (AD). According to a study published in Psychogeriatrics, the benefits of aromatherapy were examined on 28 older persons with dementia (17 of them had Alzheimer’s).

Various functional evaluations were undertaken after breathing the rosemary and lemon oils vapors in the morning and lavender and orange oils in the evening. All patients showed considerable improvement in personal orientation related to cognitive function with no undesirable side effects. “Aromatherapy may have some promise for enhancing cognitive performance, particularly in Alzheimer’s patients,” the researchers found.

Rosemary has long been used to aid with gastrointestinal issues, but it’s also a great liver cleanser and stimulant. It’s a plant with choleretic and hepatoprotective properties. Let me describe these two attributes in case you’re not pleased. To begin with, being characterized as “choleretic” indicates rosemary is a compound that causes the liver to release more bile. Hepatoprotective refers to a substance’s capacity to protect the liver from harm.

Animal studies show that rosemary (and olive) leaf extracts protect the liver in animals with chemically induced liver cirrhosis. The rosemary extract, in particular, was able to prevent the liver’s undesired functional and tissue alterations caused by cirrhosis.

The effects of five minutes of lavender and rosemary aromatherapy on salivary cortisol levels (the “stress” hormone) in 22 healthy volunteers were studied at Meikai University’s School of Dentistry in Japan.

Rosemary has anti-cancer and anti-inflammatory qualities in addition to being high in antioxidants. Carnosol is one of rosemary’s most active components. “Carnosol has been investigated for anti-cancer potential in prostate, breast, skin, leukemia, and colon cancer with encouraging findings,” according to a recent paper published in the journal Cancer Letters. Furthermore, carnosol seems to have “a selective toxicity towards cancer cells vs. non-tumorigenic cells and is well tolerated when delivered to animals,” according to the researchers.

In other words, unlike chemotherapy’s nuclear-bomb method, which destroys everything in its path, carnosol functions like a military sniper who just eliminates the enemy target and leaves the rest of the cells alone.

In 2016, rosemary extract was shown to have anti-cancer activities in vitro for the following malignancies, according to a paper published in the journal Nutrients.

As the study shows, rosemary essential oil may be employed in a range of applications. I personally prefer the following do-it-yourself recipes for incorporating rosemary oil into your natural health regimen:

Improve memory by mixing 3 drops rosemary oil with 1/2 teaspoon coconut oil and rubbing it on the upper neck or diffusing it for 1 hour every day.

Improve your study skills: Are you or your kid attempting to remember facts in preparation for a test? Diffuse rosemary oil while studying to improve memory and cognitive performance.

Hair Thickener: Try my Olive Oil Hair Treatment with Rosemary and Lavender, or try my homemade rosemary mint shampoo recipe for a scalp and hair boost.

Mix 2 drops of rosemary oil with 1/2 teaspoon of carrier oil and apply under testicles to improve prostate health.

Rosemary oil is readily available at health food shops and on the internet. It’s critical to understand that essential oils aren’t all made equal. In truth, the vast majority of them are harmful to your health and are often manufactured. Always certain that essential oils like rosemary are 100 percent pure, medicinal grade, and organic before purchasing them.

Precautions, Interactions and Side Effects

To prevent skin irritation, always dilute rosemary oil with a carrier oil. When using rosemary oil topically, keep it away from your eyes, mucous membranes, and other sensitive skin regions.

Children and dogs should not have access to essential oils. Rosemary essential oil should not be applied to the skin or diffused in the presence of children under the age of six.

Before using rosemary essential oil, consult your doctor, particularly if you are pregnant, breastfeeding, on medication, or have a medical condition.

A: Rosemary oil is a great way to make your scalp healthy and prevent hair loss. You can also combine it with other oils such as lavender or peppermint for added benefits.

How do you use rosemary oil for hair growth?

A: It is recommended to use rosemary oil as a natural treatment for hair growth. Simply massage the scalp and leave it in overnight, or stay at home with your head flat on a mat while using this herb so that oxygen can get through the hair follicles better.

Can I use rosemary oil on my hair everyday?

A: Rosemary oil is a great way to give your hair an extra boost of moisture and shine. You should only use it every other day or so in order to avoid the buildup that can cause more breakage than good. 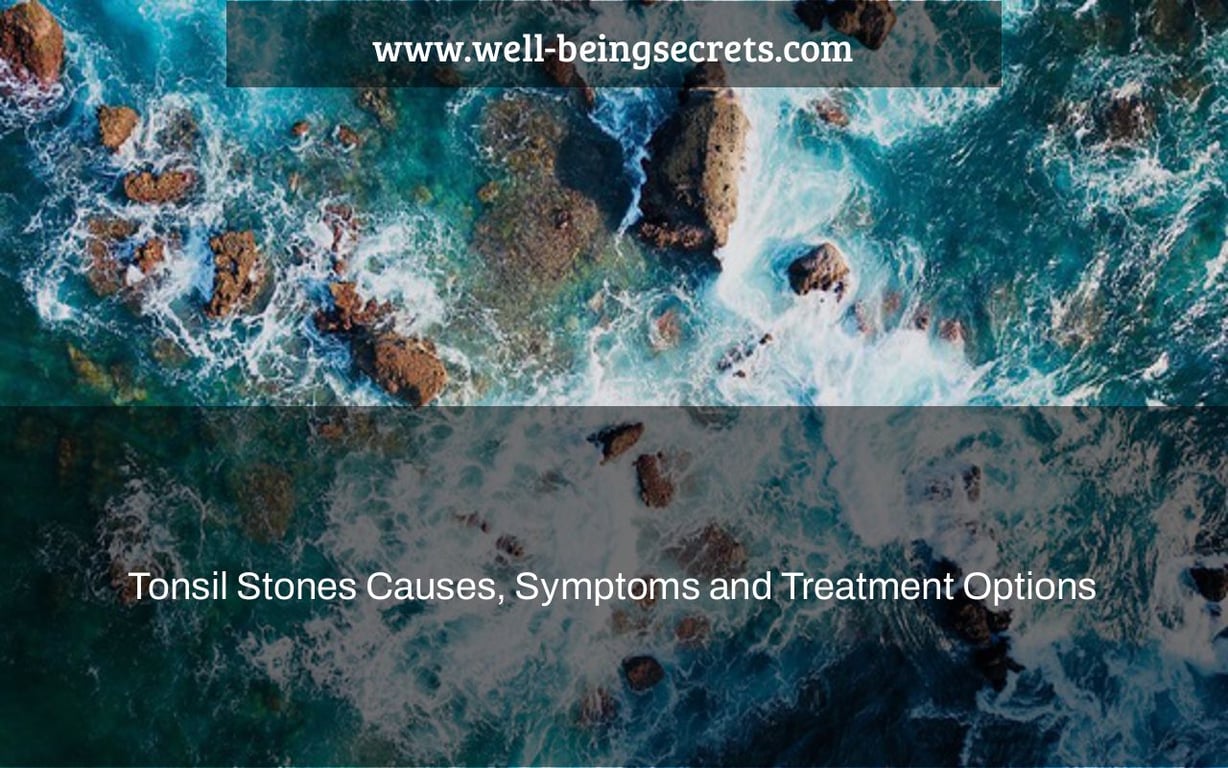