Creatine is a compound found in the human body, and there are two forms: creatinine and creatine phosphate. Creatine has been shown to increase muscle mass, decrease fatigue, enhance physical performance, and promote healing.

Creatine is a naturally occurring compound that has been shown to help increase muscle mass. Creatine has many benefits, but it can also have some side effects. The dosage information will depend on the person’s needs.

Creatine (also known as creatine monohydrate) has been dubbed a “phenomenon” by the bodybuilding world and is one of the most popular muscle-building supplements. Over 500 research studies have been conducted so far on the effects of supplementation on muscle development, metabolism, exercise capacity, and various other health indicators.

“About 70% of these studies indicate statistically significant benefits, whereas the other studies usually find non-significant increases in performance,” according to researchers at Baylor University’s Exercise and Sports Nutrition Laboratory.

According to the medical literature, what are the advantages of consuming creatine (if any)? Creatine supplements are often used since studies have shown that they may aid physical performance, body composition, energy output, and even cognitive improvement.

While it may help grow muscle and enhance strength, it has also been linked to specific harmful side effects. So is creatine a safe supplement? It might be “remarkably safe for most individuals,” or it could cause symptoms like water retention and indigestion, depending on who you ask.

What is creatine, and how does it affect your body?

Creatine monohydrate is a short peptide composed of amino acids (protein’s “building blocks”). The amino acids glycine, arginine, and methionine are used to make it in the liver, pancreas, and kidneys.

It was initially made available to the general public in supplement form in the 1990s when Olympic competitors were reported to be taking it to increase their performance. As a result, this supplement is now one of the market’s “most extensively utilized nutritional supplements or ergogenic aids.”

What precisely does creatine do to your body to generate the above-mentioned physical and mental changes? First, it is neither a steroid nor an unnatural/artificial substance, contrary to belief.

It is taken as a supplement to assist in the body’s energy generation. This chemical is responsible for storing phosphate groups in the form of phosphocreatine — also known as creatine phosphate — which aids in the release of energy and, as a result, aid in the development of strength and muscle mass.

Taking this supplement may help you produce more adenosine triphosphate, a kind of energy (ATP).

Because it aids in storing and transmitting chemical energy inside, holding and transmitting referred to it as the body’s “molecular money.” Adenosine triphosphate (ATP) is required for cellular processes. For example, it provides energy to our muscles, mainly when functioning hard, such as during exercise. Creatine aids this process by giving a phosphate group that aids ATP synthesis when we consume meals that include a variety of macronutrients (carbohydrates, fats, and proteins).

What Are the Advantages?

Today, most academics, including Dr. Paul Greenhaff, whose study was published in the American Journal of Clinical Nutrition, believe that creatine may be ingested safely. This is true for athletes and everybody who wants to increase their energy and metabolism.

According to the majority of research, not everyone responds to this supplement in the same manner. Some people may see faster results and better health, while others may have indigestion and fluid retention due to taking creatine. We’ll go through the benefits and drawbacks of utilizing it, what to anticipate if you start “creatine loading,” and how to get the most out of it while being safe.

Because of creatine’s advantages, it’s easy to understand why this substance is linked to bodybuilding. However, if you want to build muscle, you may be wondering if creatine or whey protein (or another form of protein powder) is superior.

Both have been demonstrated to offer equivalent advantages in terms of muscle building, although whey protein may be difficult to digest for those who have a dairy intolerance. Creatine also seems to provide some distinct advantages, including improved heart health and bone density. If you do decide to eat whey protein, choose organic whey protein from grass-fed cows.

Is creatine beneficial to your sexual health? Is creatine helpful for sperm, for example, and does it raise testosterone? “The negative connection between creatine kinase level and sperm concentration and morphological forms implies that creatine kinase levels might be a valid predictor for semen quality in subfertile men,” according to a study published in the International Journal of Fertility and Women’s Medicine.

Creatine seems to be safe in general. However, it does have specific side effects. For example, some individuals may have an adverse reaction to greater dosages, such as renal disease or an enzyme malfunction that makes protein digestion problematic.

According to several research, creatine may cause the following adverse effects:

Several studies have looked at the supplement’s impact on the kidneys, but there is no evidence to harm essentially healthy individuals who do not have renal problems. Although the kidneys are responsible for metabolizing and breaking down creatine from the body via urine, most individuals do not seem to be at risk at regular/moderate amounts. However, suppose a person has a renal condition or is using diuretic drugs to control fluid levels in their body. In that case, they should consult with a doctor before taking it or comparable supplements.

How much creatine should you take each day? Is it necessary for me to take creatine regularly?

If you’re going to use oral supplements, make sure you don’t take too much at once to avoid adverse creatine effects. Also, because each product is slightly different, avoid excessively high dosages and always follow the dosage/serving guidelines labels.

What Is the Best Creatine Supplement?

When is the optimum time to add creatine to your diet?

Serves should be spaced out throughout the day. If you’re going to take it more than once a day, make sure you split the dosages (take one early in the day and at least several hours or more later). If you’re taking 20–30 grams of protein per day during the first five to seven days of loading, split it into four to five equal doses for optimum absorption.

Can I take creatine indefinitely?

Some individuals cycle their dosages, taking greater doses for more extended periods and lower doses for longer periods. If cycling produces benefits and has no adverse effects, it may be continued for many months or forever.

As the amount of time spent exercising grows, the benefits of creatine seem to lessen. Additionally, if taken for an extended length of time, such as several years, it may cease producing benefits. The best outcomes may be seen during the first few months or a year of using the product (although people react differently).

There’s some evidence that taking creatine after exercise rather than before helps with muscle development and strength. However, athletes have reported using it efficiently at all times of day, so that it might be a matter of personal choice. Creatine may be taken by active individuals who aren’t bodybuilders, but it’s most effective when accompanied by exercise.

Is it okay if I take creatine before going to bed? Is it true that creatine affects sleep?

If you take this supplement too close tonight, you may have minor restlessness, so it’s better to take it earlier in the day. However, if it doesn’t create any problems when taken before night, this is a suitable method since servings should be spaced out.

Is it better to take it with food or on an empty stomach?

Creatine works better when taken with food than when taken on an empty stomach, according to some research, since carbs and protein help creatine operate more efficiently.

When taking it, be sure to drink enough water. If you take this supplement when dehydrated, you’re more likely to have stomach issues and fatigue.

Is it okay if I take it with caffeine?

There is considerable worry that creatine and caffeine have diametrically opposed effects on water loss and retention. Caffeine is a stimulant and diuretic, leading to increased urine and water loss, but creatine draws more water into muscle cells. On the other hand, coffee and creatine may both help you perform better, and there’s no evidence that caffeine consumption would negate the advantages of creatine. So it seems that using the two simultaneously is safe as long as they don’t create indigestion.

Foods and Their Nutritional Values

Creatine is found in various meals, although it is metabolized more slowly than creatine obtained via supplements. Furthermore, when the foods that produce it are cooked, they might be destroyed. According to the NHANES III study, individuals in the United States consume 5 to 7.9 mmol (0.64 to 1.08 grams) of creatine per day on average.

You can acquire some by consuming high-protein foods such as meat (particularly beef), poultry, fish, and eggs.

Collagen protein and sources of collagen, such as bone broth, are excellent suppliers of the amino acids that make up creatine (arginine and glycine). Organ meats, such as liver and kidneys, contain lower levels. Some may also be found in human and animal blood, breast milk, dairy products, and milk from cows, sheep, and goats. Vegetarians and vegans have lower resting creatine concentrations because they avoid the largest sources of this molecule. Therefore, when consuming a low-protein diet may lead to difficulty growing muscle and strength. 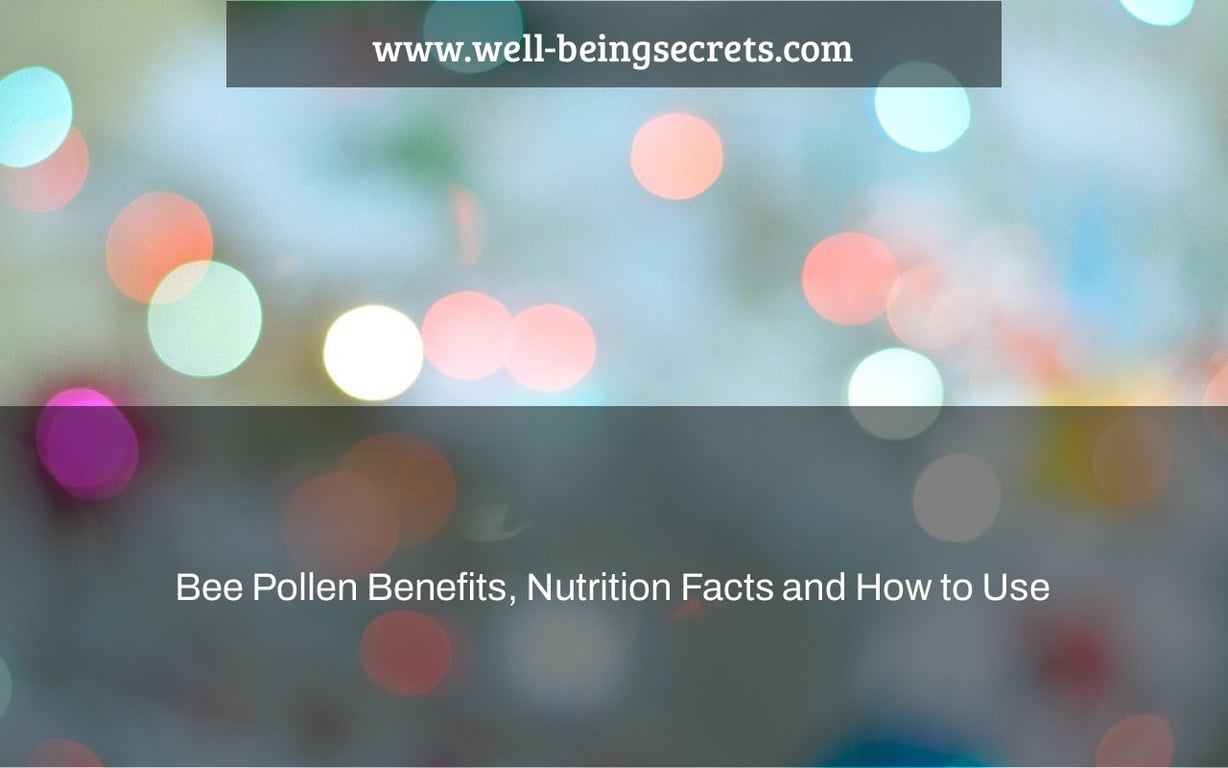