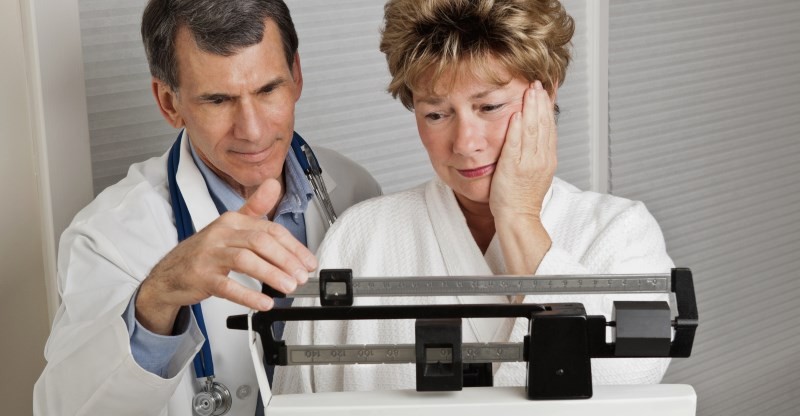 You have probably heard this statement before, but gaining weight around and during menopause is actually a very common occurrence.

In fact, it is very rare for a woman not to gain extra weight during this time.

You are likely aware that many factors account for menopause weight gain, including:

It is important to understand what is going on in your body at this time and why you are gaining the extra weight (1).

My mother was an extremely health-conscious person throughout her entire life, and I remember she panicked when she started gaining a significant amount of weight around menopause.

She thought she might be making the wrong food choices, or perhaps she was not working out at the gym hard enough.

After a bit of research, however, she realized that it was not her fault at all.

Your body goes through different changes as you age, and you can’t do much about it, but here the general differences between premenopause, perimenopause, menopause, and postmenopause.

The Four Hormonal Stages: What do They Mean?

The first stage is premenopause—the stage when you are fertile, starting with your first menstrual period during puberty and continuing until your last period between 30 and 40 years old.

Aside from dealing with this dreaded period, this stage is one of the mildest regarding weight gain unless the gain is due to factors that are separate from menopause (2).

The second hormonal stage you will experience is perimenopause.

This word actually means “around menopause,” which occurs from your 30s to your 50s but typically in your 40s.

This stage is when you can expect to gain some weight. (3)

The word “menopause” is likely one that is all too familiar to you.

You either know it personally from experience, or you dread the day this word will define your life and hormones!

If you have not had a menstrual period for one full year, you can consider yourself in the menopause stage.

The average age for menopause is 51.

While most claim to have their worst symptoms and experiences during the perimenopausal stage, some women experience the symptoms strongly during menopause (4).

Postmenopause is also the stage when you have not had a period for at least one year.

While this word seems to be somewhat interchangeable with menopause, they are two separate terms because many women experience certain symptoms once the menopausal stage is over (5).

If you haven’t yet reached this stage, you are probably wondering what the symptoms entail. These include the following:

Why do women gain weight during perimenopause?

Toward the end of this stage, hormonal levels will likely drop, but in the beginning they are high, which affects weight gain (6).

Many studies have concluded that an increase in body fat and weight during the reproductive years (generally during your 20s) is caused by higher levels of estrogen during this period in your life (7, 8).

From the start of your first menstrual period until the perimenopause phase, you will likely add extra pounds to your thighs and hips.

This extra weight is known as subcutaneous fat, which is weight that is difficult but not impossible to shed (9).

This weight gain may also occur because your appetite and calorie intake increase significantly due to changes in your hormones.

Ghrelin, known as the “hunger hormone,” greets you during the perimenopause stage, causing you to eat more than before.

Most women gain anywhere from two to five extra pounds during this stage, while many women gain much more (10, 11).

What About During and After Menopause?

While the hunger hormone tends to be higher when you are in the perimenopausal stage, you can still experience weight gain for other reasons during menopause and postmenopause.

As you get older, your system slows down, which leads to slower metabolism and changes in your hormones, leading to weight gain (12).

As you get older, you also become less active.

My mother worked out and ran all the time when she was younger, but now that she is in the postmenopausal stage, she is definitely not as active as she was then.

This decreased activity leads to less energy and loss of muscle mass, accounting for her extra fifteen pounds of body weight (13, 14).

What Can You Do?

What can you do to help control your weight as much as possible around menopause?

You can stay as active as possible and exercise as often as you can.

Whether it is riding a bike, going to a gym, or just walking during the evening, everything counts.

Also be sure to eat clean and healthy.

Everything slows down as you age, so your metabolism is not as fast as it was before.

If you frequently eat fast food and unhealthy meals, you will definitely gain more weight than you would if you eat more healthy foods during this time of your life (15). 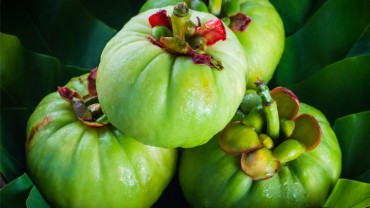