GW501516, also known as Cardarine, Endurobol, and GW-516, is a chemical that was developed as a promising treatment for heart disease.

Not long ago, it was the subject of clinical trials to become an approved drug.

Its ability to enhance cardiovascular health in endurance athletes is legendary.

Yet GW501516 may carry very serious side effects.

If you are thinking about taking Endurobol, you need to read this entire article to understand two things: how it can cause weight loss without exercise, and how serious the risk of cancer from it is.

PPAR is part of a group of molecular structures in the body called “transcription factors.”

These influence the expression of genes, altering the production of proteins in the body.

They soon proved that it is a selective PPAR agonist, and began researching its uses as a potential drug.

The effects on human subjects indicated that the drug showed some efficacy for treating cardiovascular diseases and diabetes.

GSK sought drug testing for FDA approval, which proceeded to phase II clinical trials for a range of ailments from obesity to heart disease.

Shortly before cardarine was linked to cancer in laboratory animals, reports of the drug’s remarkable effects on the cardiovascular system reached the media.

In 2009, the World Anti-Doping Agency banned all use.

A test was developed for detecting trace amounts of the drug in athletes’ bodily fluids.

The World Anti-Doping Agency took the unusual step of issuing statements warning athletes that GW-1516 is a risky treatment that will not receive medical approval.

Using GW-510 is frowned upon, but it remains a popular performance-enhancing substance, especially among endurance athletes.

As of this writing, GW-1516 is legal to purchase in most of the U.S., but laws have been passed against it in some states and other countries.

Most athletic competitions do not allow it.

It increases blood flow, promotes blood vessel growth, and makes the development of type I muscle fibers more favorable to the body.

The compound also has anti-inflammatory properties that can protect a wide range of organs.

Animal testing has demonstrated that it can protect brain cells from some types of damage.

It alters the body’s metabolism to burn sugar and fat for energy more readily, increasing resistance to diabetes and reducing the risk of muscle catabolism.

If you take Endurobol, you will likely notice a boost in energy and endurance.

You will be able to engage in longer workouts and lift heavier weights.

You will recover faster. You may experience some of the benefits without even exercising.

A pill that improves athletic performance and causes weight loss without exercise is a holy grail, and Cardarine comes close.

It does not greatly promote muscle loss; instead, it boosts fat burning through catabolic pathways that mainly affect lipids.

While you always want to eat well-balanced meals, some studies suggest that the compound can enhance protein synthesis, allowing the body to make more efficient use of a deficient diet.

No one knows completely, but the negative side effects may be extremely serious.

You’ve probably already heard this a hundred times, but with GW-501, you really need to do your research.

Understand how it affects your body and carefully consider the potential consequences before taking it.

It has a very specific affinity for PPAR δ and, to a lesser extent, PPAR β receptors, showing far less propensity to activate at other types of PPAR receptors (2).

Its activity at those receptors affects the expression of many proteins, including mitochondrial proteins that directly affect metabolism.

Studies show that it protects against diabetes and obesity and improves athletic performance in rodents.

The PPAR δ agonist protects blood vessels in animal brains from damage to critical proteins related to the production of neurotransmitters (3).

Some research suggests that it can promote neural growth and development.

A sufficient dose may protect small blood vessels in the heart from some kinds of damage caused by a nutrient deficiency (4).

At one time the supplement showed great promise in treating atherosclerosis through multiple pathways.

It also has an anti-inflammatory effect on blood vessel walls.

Part of the anti-inflammatory effect is achieved by down-regulation of factors that attract white blood cells to sites of infection and cause an allergic reaction in blood vessel walls.

In human trials, daily consumption was shown to promote blood vessel growth through a variety of pathways linked to PPAR δ activation (5).

This pharmaceutical increases the production of some antioxidant proteins (6).

It also decreases the production of immune signaling molecules that are linked with inflammation.

The anti-inflammatory effects caused a therapeutic response in rats with peritoneal fibrosis.

Animal trials showed protection to the kidneys from certain types of injuries by suppressing inflammation to renal tubules and interstitium, meaning that it kept kidneys from getting sore.

Inflammation was reduced through decreasing MCP-1 expression by inhibiting signaling mechanisms that attract white blood cells, in other words, by slowing down a counterproductive immune system response.

Effects on the Liver

The research shows that Cardarine promotes glucose metabolism in the liver.

It countered some forms of insulin resistance in mice (7).

Also, malnourished mice with fatty deposits in their livers showed improvement in several areas when given daily injections for five weeks.

Effects on the Immune System

Endurobol inhibits inflammation by reducing the expression of signaling molecules that promote an immune response.

When the immune system is overactive or exacerbating illness, that can be a good thing.

Many other anti-inflammatories (cortisol, for example) also suppress the immune system.

Some of them can prolong disease if used when the body is fighting an infection.

Very little clinical evidence indicates that PPAR δ agonists increase the body’s vulnerability to infection, but increased likelihood of infection from GW-516 has not been ruled out.

The substance has some effects that prevent apoptosis and thus the destruction of tissues (9).

Of course, while the idea of tissues being destroyed is scary and unpleasant, apoptosis is a useful function in most mammals.

It is a natural bodily process that must occur in humans to replace internal tissues with new cells.

Apoptosis is also used by the body to eliminate tumors or slow their growth.

Mice that were given the compound showed a marked improvement in endurance over mice in a control group.

Scientists discovered that the treated mice’s modified protein expression promoted the growth of type I muscle fiber, which is linked to endurance and increased metabolism.

On average, the mice that took the drug could run twice as long as the untreated mice.

Improvement with Some Skin Diseases

Regular doses may decrease the effects of psoriasis by reducing inflammation caused by immune response (10).

The effects may also increase the production of proteins required for healthy skin (11).

The pharmaceutical tends to increase production of nitric oxide, which promotes blood flow (13).

Healing and growth in blood vessels are also enhanced (14).

It comes as no surprise that it has helped some people lose weight.

GW 501516 also promotes the metabolism of glucose and was shown to improve the ability of diabetic mice to tolerate sugars (16).

This effect occurred partly due to the regulation of muscle fiber growth, causing mouse bodies to favor the growth of the type I muscle fibers that burn energy and support aerobic activity (17).

PPAR δ agonists should not be taken by pregnant mothers.

Animal studies show that the agonists may cause placental damage to pregnant rats (18).

Damage to tissues caused by cellular rupture was visible after a single large dose.

Repeated smaller doses induced similar effects. The effects on children are not known.

The effects on the body from taking PPAR δ agonists are very wide-ranging.

They influence protein synthesis in almost every cell.

If you decide to take one, you should consider that very large doses of GW-516 probably have far-reaching and long-lasting side effects, which may include cancer, increased susceptibility to infections, and death.

Insufficient clinical trials have been conducted to find evidence that Endurobol causes cancer in humans, but it stands to reason that it does, in fact, pose that risk, especially when taken in large doses or for extended periods of time.

Enhanced growth, a suppressed immune response, and suppressed apoptosis are factors that could contribute to cancer development.

Hardly any side effects at all have been seen in humans taking GW501516, but only a few double-blind randomized human trials were conducted.

The concern is that even with low doses and bad luck, the side effects can be gravely serious.

Even small doses may carry a risk of cancer.

There is no evidence that the risk goes away completely if only taking the supplement for a short period.

Doctors do not recommend GW-501 in traditional medical practices.

Ordinary consumption will not cause greatly increased estrogen levels and will not greatly affect testosterone or HPTA.

Drug testing can detect the compound, and unauthorized use can lead to disqualification and sanctions from sports governing bodies.

Many endurance athletes think that Endurobol is one of the most effective supplements in its class.

It has amazing potential to promote fat burning and increase type I muscle growth.

It can boost blood flow while promoting cardiovascular growth and bodily health.

The potential side effects are awfully serious, though. I personally would not take it, and I don’t think anyone else should either.

Only top-performing endurance athletes who really know what they’re doing should even consider using it.

For the rest of us, there are safer and more effective supplements. 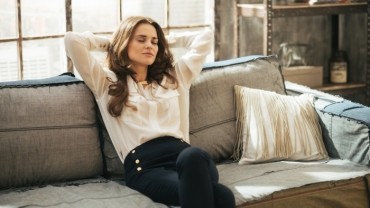