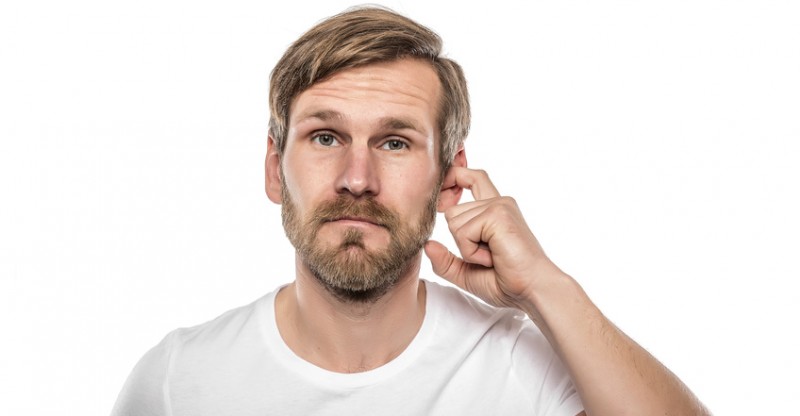 If your hearing has become muffled lately, don’t worry.

For most people, poor hearing doesn’t have a thing to do with actual ability to hear.

It is often caused from a clogged ear, which is simply a blockage found in the ear canal.

The symptoms of a clogged ear are the following:

A blockage of airflow to the Eustachian tubes can also cause clogged ears.

A clogged ear is more common among children, but they can affect anyone, at any age.

They can be both annoying and painful, so finding a natural clogged ear solution is important.

The following is the best 10 ways to fix clogged ears.

It sounds like a simple answer to the question of how to unclog your ear, and it is.

When you yawn, you decrease the air pressure inside of your ears.

This helps activate the very muscles that are responsible for opening up the Eustachian tubes.

Simply open up and yawn until you can feel a little pop inside the air in the ears.

Olive oil is a great natural remedy when you are trying to figure out how to unclog ears.

The olive oil works to soften up any earwax that may be causing the build up.

First, warm up a small amount of pure olive oil.

Using a dropper, apply just a couple of drops of the olive oil into the ear that is affected, allowing it to settle for at least 10 minutes.

Do this by keeping your head sideways.

Remove the oil and any earwax gently with earbuds.

Additionally, mineral or baby oil can be used instead of olive oil.

Another great clogged ear remedy is known as the Valsalva maneuver.

This maneuver relieves any pain or stuffiness in the eardrum.

Just close your mouth, pinch both nostrils closed, then take a deep breath and let the air out through your nose.

If you do this maneuver correctly, a slight popping sound will indicate that the Eustachian tubes have reopened.

However, do not blow your nose too hard. Doing so could damage the eardrum.

Another simple and cheap way to banish clogged ears that are the result of being sick is to use steam.

Steam will help to thin and loosen any mucus that are in your ears, as well as loosen excessive earwax.

If you have lavender essential oil or tea tree oil you may add a few drops as well.

Use a large towel to drape over your head and inhale the steam until you feel your clogged ears open up.

A bacterial infection may be the culprit when you have clogged ears.

Another clogged ear remedy is a combination of equal parts apple cider vinegar and alcohol.

Using a dropper, add a couple of drops of the mixture into the ear that is clogged while lying on your side.

You can use a cotton ball to help keep the mixture in.

Rest for at least 10 minutes and then remove the earwax with an earbud.

To ease nasal congestion that could contribute to clogged ears, gargle with a hot salt water solution.

Take one teaspoon of salt and mix it up with a glass of warm water.

Gargle a mouthful of this solution for 15 to 30 seconds and then spit it out.

Repeat until you feel relief from the clogged ear.

Another natural and easy remedy when you are wondering how to unclog ears that are stuffed up is a warm compress.

Any congestion in your ears will be loosened from the heat that the compress gives off and can also help ease any pain you are feeling.

Simply soak a small washcloth in warm to hot water, wring it out and then place the washcloth on the ear that is affected for five to 10 minutes at a time.

A hot water bottle that is wrapped up in a thin towel can also be used for clogged ears.

Hydrogen peroxide will help to unclog ears that have a lot of wax buildup.

A dropper can be used to add a couple of drops of 3% hydrogen peroxide into the affected ear.

After a few minutes you will hear a slight fizzing sound.

Allow the peroxide to sit until the fizzing stops or 10 minutes pass and then allow the solution and earwax to drain out.

Clogged ears may be due to abrupt changes in the air pressure around you, such as what happens when a plane takes offs or lands.

Chewing gum can help open the Eustachian tubes and relieve the pressure that occurs when this happens.

As simple as it may sound, the use of warm water is one way to go when you need to know how to unclog your ear.

Just fill up an ear syringe with warm water and insert the tip of it into the affected ear.

As you point the tip of the syringe slightly up and sideways, push on the bulb to shoot the water into your ear canal.

In 10 minutes, tilt your head and allow the water to drain out with the earwax.

Talk to your ear, nose and throat specialist if you are still experiencing pain from clogged ears even after trying these home remedies. 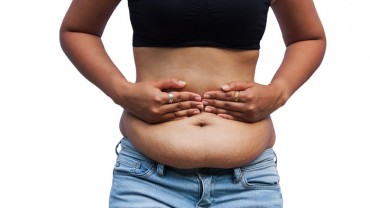