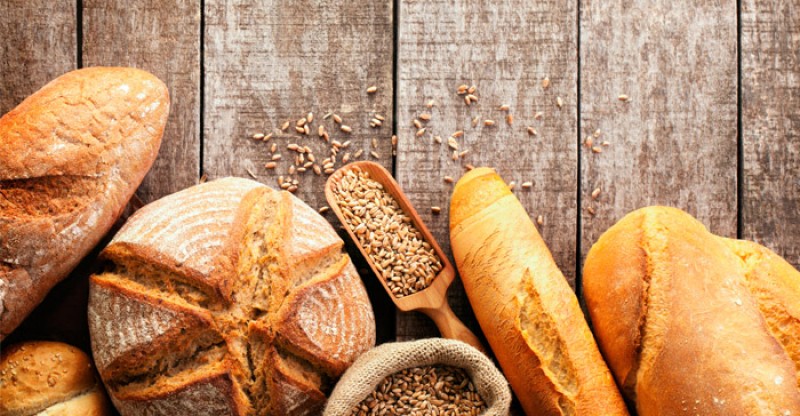 The low-carb and gluten-free crazes that occasionally sweep the health and fitness industry have people asking one very important question:

“Is bread bad for your health?”

Many different kinds of bread are available today, but the basic component they all share is grain, which can be wheat, oat, rice, barley, rye, and many others.

Essentially, grain has three parts: the germ, the bran, and the endosperm.

Together, they provide the body with a range of important vitamins and minerals.

Whole-grain bread contains all three parts of whichever grain the bread is made out of, providing you with the full range of nutrition present in the grain.

White bread, however, has had the germ and bran removed and consequently many important nutrients.

Enriched white bread has some nutrients added artificially, but many are still missing.

Multigrain just means that the bread was made from more than one type of grain.

It does not mean that the grains used are whole grains or that the bread is necessarily good for you. 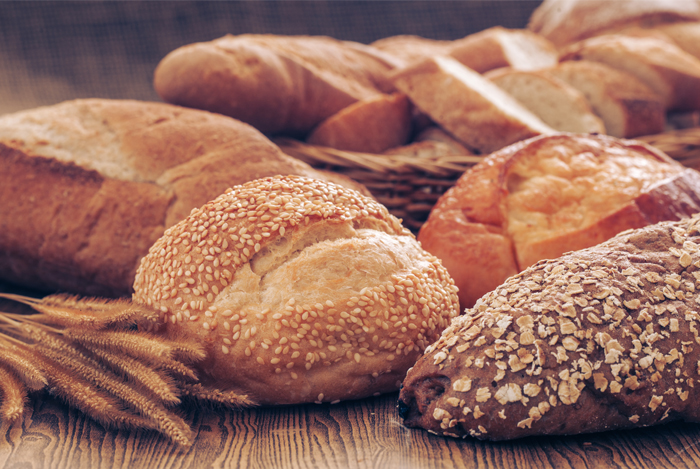 Why Could Bread be Bad

Let’s explore some of the reasons why people avoid bread in their diet.

A glycemic index is a number representing the speed at which glucose enters the bloodstream from any given food. (2)

A high GI indicates that the carbohydrate in the food will be absorbed quickly.

It would seem that diabetics and those wishing to avoid blood sugar spikes should avoid high GI foods, but the glycemic index isn’t the whole story.

Another measurement called the glycemic load factors in the quality and amount of carbohydrate in a serving of food.

Certain food may have a high GI because the carbohydrate in that food is easily absorbed into the bloodstream but a low GL because there isn’t actually much carbohydrate present.

As a basic rule, any food with a glycemic load under 10 is considered a low-GL food that will have little effect on your blood sugar.

Glycemic loads of 10–20 are moderate-GL foods, and anything above 20 is considered a high-GL food that will significantly affect your blood sugar level. (3)

On the glycemic index chart published by Harvard Health Publications, you’ll notice that whole-grain bread and a Snickers bar have the same glycemic index. (4)

This does not mean, however, that these two foods will have the same effect on your blood sugar.

So, while both the whole-grain bread and the candy bar have the same glycemic index, the bread will have a much less intense effect on your blood sugar level.

Don’t let a high GI number scare you away from the bakery. 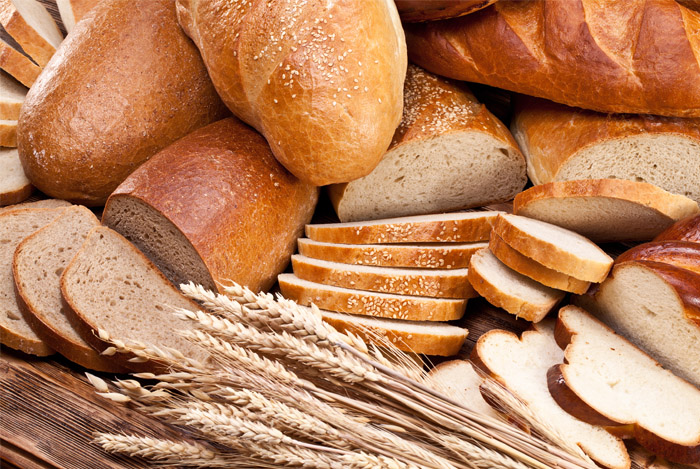 Some people don’t eat foods with gluten just because a friend of a friend said they felt better without it in their diet.

In fact, gluten simply refers to the proteins found in grains.

Some people who suffer from celiac disease are allergic to this protein. (5)

The surface of their small intestine is damaged by gluten, making it difficult to absorb nutrients during digestion.

It is estimated that only about 0.5%–1% of the population has this disease, but they should avoid grain products. (6)

This number increases to 5% when you include non-Celiac gluten intolerances and wheat allergies. (7)

Little to no evidence suggests that gluten is harmful to otherwise completely healthy individuals.

Unless you’re suffering from some sort of allergy or sensitivity, the existence of gluten in bread is not a reason to avoid it and does not make bread unhealthy. 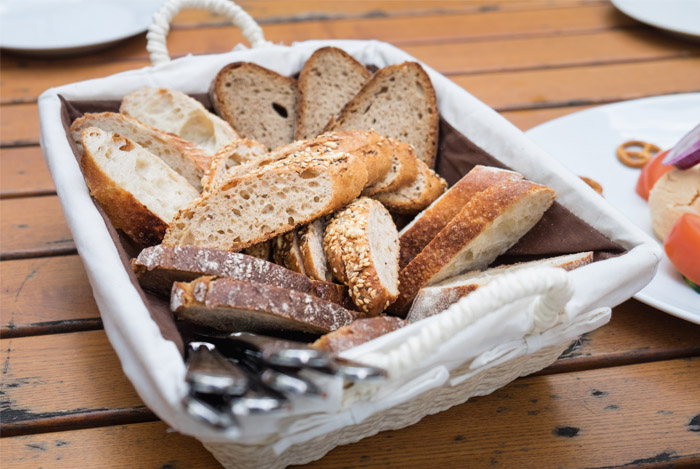 Fiber is an indigestible substance found in plant-based foods.

Although humans cannot digest fiber, it is still essential for a healthy lifestyle.

Diets high in fiber have been linked to lower instances of obesity, strokes, diabetes, and cardiovascular diseases.

Whole-grain bread is an excellent source of fiber and can be included in a healthy diet.

Our body’s main source of energy is glucose, which is made when carbohydrates are broken down in the body during digestion.

Such grain products as pasta and bread have some of the highest carbohydrate content of any foods, meaning they are excellent sources of energy.

Some people avoid grain products because any unused energy gets stored as fat and can lead to weight gain.

Overindulging in anything can be detrimental to your health, but whole-grain products in moderation can be a nutritious addition to your diet.

Many studies have shown that eating a diet rich in whole-grain products can reduce the risk of developing chronic conditions, such as cardiovascular diseases.

Other evidence suggests that eating whole grains reduces the risk of heart attacks (9). 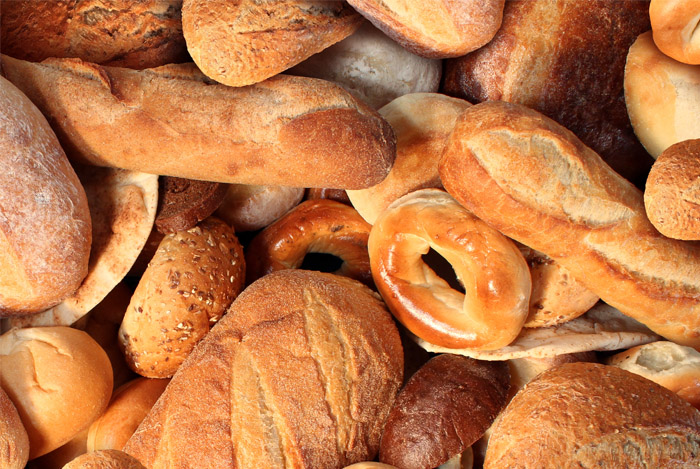 There is no direct answer to the question of whether or not bread is good for you.

As with many things in life, it depends on various factors.

We can safely say, though, that avoiding highly refined flours, such as those found in white bread, is a good idea.

These products don’t offer the same nutritional profile as whole-grain products, and they have a slightly more severe effect on your blood sugar level.

For optimal health, most people should be eating whole-grain products that offer a range of vitamins and minerals, are heart healthy, and help keep your blood sugar level steady. 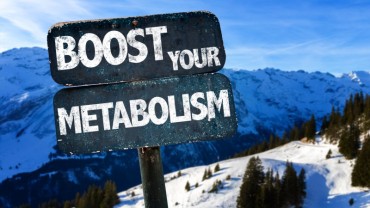