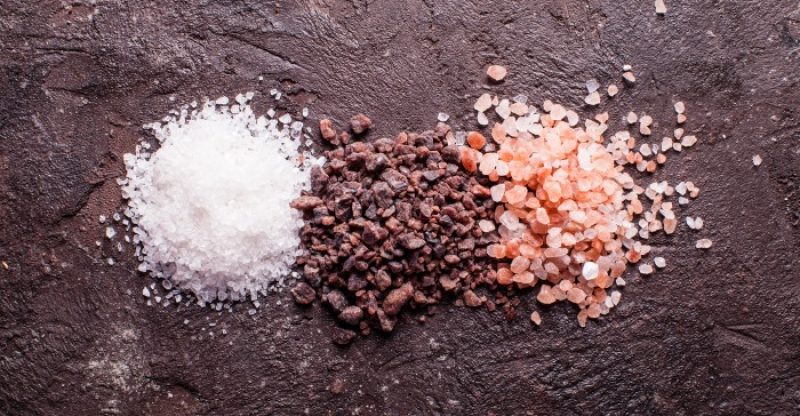 Even the most delicious meal prepared with care will taste bland if no salt is added to it.

Though salt is needed in extremely small quantities, it is undoubtedly the most indispensable ingredient to add to a meal to make it tasty.

However, salt in all its varied forms is so ubiquitous that we tend to take this chemical compound for granted.

Salt is so commonly available that we seldom think about its complexity.

Most importantly, salt is crucial for health and well-being.

The minerals in it form essential electrolyte elements in an extracellular fluid or ECF, that is required for muscular contractions, enzymatic operations, and osmoregulation (fluid maintenance in our systems).

Why is Salt Important?

Adequate daily intake of salt is essential for all human beings.

In particular, women with children or expectant mothers need to incorporate whole foods and unprocessed food items into their regular diets that contain a balanced amount of salt.

Its basic importance is summarized below:

Every type has its distinctive quality or consistency and taste.

Additionally, the proportional content of sodium and chloride to other mineral ingredients varies from one kind to the other.

In this blog, we will walk you through the various kinds of salt that are generally available.

You might remember studying in your high school chemistry classes that common salt, table salt, or simply salt is composed of two basic elements: sodium and chlorine.

Common salt, which contains ions of chloride and sodium in the ratio of 1:1, is an ionic compound that makes seawater saline.

Sodium chloride is necessary to sustain human life as well as that of numerous other forms.

The two chief constituents are required to maintain the body’s electrolyte balance.

Salt is also needed to process nutrients and transport them smoothly throughout the body.

Table salt helps to support the healthy functioning of the central nervous system and the brain by helping to transmit nerve signals.

Common salt is also used for chemical production, in the soda-ash industry, for water softening, for de-icing, as a preservative and medicinal ingredient, etc.

To say the least, salt is used across the board for flavoring a near-infinite range of dishes and preparations.

However, nutritionists, dieticians, and physicians strongly recommend against consuming inordinate quantities of salt.

As it is hygroscopic, it can soak up water from your bloodstream, resulting in an abnormal increase in blood pressure (hypertension).

On the other hand, studies carried out on the health effects of salt intake have not been able to establish a strong correlation between stroke or heart attack and low salt consumption.

If you wish to reap the benefits of salt, you should minimize intake of fast and processed foods, and include whole food items in your everyday meals.

Excessive salt consumption may not be good for health and may cause issues such as raising blood pressure.

Conversely, lowering intake may not necessarily lead to an improvement in well-being.

Most of us are aware of what sea salt is;  as you may guess, it’s typically sourced from large water bodies like seas and oceans.

Sea salt is extracted through an evaporative process where the compound remains after the seawater has been removed.

Common salt also tends to be finer than sea salt, which means the latter is more impure.

Also, sea salt extracted from areas where there is heavy pollution might contain trace amounts of heavy metals like lead, zinc, and mercury.

The taste is more pungent and strong, compared to table salt.

To get the most out of it, it is recommended to add a pinch to prepared meals.

Sprinkling a little into a dish to which common salt has already been added will make it more flavorful.

Sea salt is produced by evaporating water from bodies of water.

Its zest is stronger than that of table salt and can vary greatly depending on the presence of impurities and trace minerals.

Regular salt, variously known as common salt, table salt, refined salt, or iodized salt, is the most extensively-used salt type throughout the world.

For most of us, salt is synonymous with common or table salt.

This variety is highly refined, which gives it a flavor that is more insipid, bitter, and bland compared to other types.

The bitterness and blandness of table salt are due to the purification process that rids it of trace minerals and impurities and gives it a smooth texture.

Table salt is obtained by heating natural salt to a temperature of 1,200˚F (648.88˚C) that evaporates away most of the beneficial minerals.

Common salt is thus not the healthiest of salts and is not recommended for pregnant women or women with children.

Since table salt (and any other kind of salt for that matter) is hygroscopic (absorbs moisture), it forms lumps during the rainy season and when the atmospheric humidity level is unusually high.

Common salt is generally fortified with iodine to avoid the common deficiencies that normally result from the insufficient mineral intake, such as hypothyroidism, myxoedema, and mental retardation.

Iodine is also added to prevent the possibility of disorders and complications resulting from the mineral’s deficiency.

Celtic salt is more often than not referred to as grey salt because of the clay from which it is extracted, and the fact that it has a grayish tinge.

The world’s largest producer of Celtic salt is France.

The salt is separated from the clay deposits in sea beaches of Brittany by means of a hand rake.

This type of salt may have a moist texture, as it retains a specific proportion of water.

This salt also contains trace quantities of sand and clay, and hence is rich in crystallized minerals.

Women, especially during pregnancy, can benefit from its consumption as it promotes restoration of electrolyte balance, prevents muscle cramps, and help maintain pH balance.

Celtic salt can be remarkably expensive due to the hand-raking process that is labor-intensive.

Celtic salt is not readily available everywhere, has a grayish texture, is somewhat moist, and is mineral-rich.

This salt is procured from clay deposits in Brittany, France, and is effective against muscle cramps and acid reflux.

Kosher salt gets its name from the Yiddish word which means ‘neutral,’ and which has several connotations including ‘genuine’ and ‘legitimate.’

Traditionally speaking, Jews have used this type of salt in the preparation of non-kosher food items, i.e. foods that do not use meats or dairy ingredients.

The sprinkling of salt on top of Amish pretzels, pretzel dogs, and Cajun pretzels sold in patisseries and bakeries are kosher salt flaky crystals.

Kosher salt is superior in quality to table salt.

It is almost free of additives (depending on the brand you use), tastes better, dissolves faster, sticks easily to foods, and thankfully, is inexpensive.

Since the refining and purification processes for obtaining kosher salt is almost similar to that of table salt, the former is regarded as the closest cousin of the latter.

Kosher salt can keep heart disease and diabetes at bay.

Kosher salt crystals have a flaky appearance, taste better than table salt, do not contain additives, and are better suited for koshering cuts of meat as well as for adding to different meal preparations.

Himalayan pink salt is so called because this salt variety was originally extracted from the seafloors submerged beneath the Himalayan Mountains.

The Khewra Salt Mine in Khewra district in Pakistan is the largest supplier of Himalayan pink salt in the world.

The characteristic pink color of the salt is due to the rich presence of iron.

This type of salt contains all essential 84 elements in miniscule proportions but has less sodium than table salt.

Himalayan pink salt is obtained from a salt mine in Pakistan.

The salt is rich in most of the essential trace elements, but its sodium content is lower than that of common salt, and it provides numerous health benefits.

The different types of salts we consume, either on a regular basis or infrequently, contain a few essential minerals in large amounts.

These minerals are calcium, potassium, iron, magnesium, and sodium.

Apart from these, the different kinds of salts also contain all the 84 trace elements in varying proportions.

Nevertheless, bear in mind that you may have to consume at least 100g of a specific type of salt in order to meet your body’s daily recommended requirement of different minerals.

Therefore, the varying composition of diverse minerals may not be a strong consideration in picking out one particular type for regular consumption.

Which Salt is the Healthiest?

Based on the mineral composition of the different types of salts used in cooking or flavoring dishes, it might be difficult to pick out one kind that is better than the rest in every respect.

For this reason, maybe, you may not be able to find any evaluative study that regards a particular type of salt as the most beneficial to health.

It is better to stick to a type that has low sodium content, has few or no additives, and can be used conveniently as a cooking or flavoring ingredient.

Excessive salt intake might lead to your suffering from hypertension, loss of electrolyte balance, and several other health complications.

Taking too little might cause muscle cramps, vomiting, nausea, and hyponatremia. 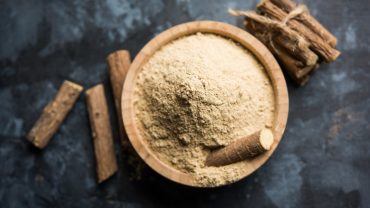