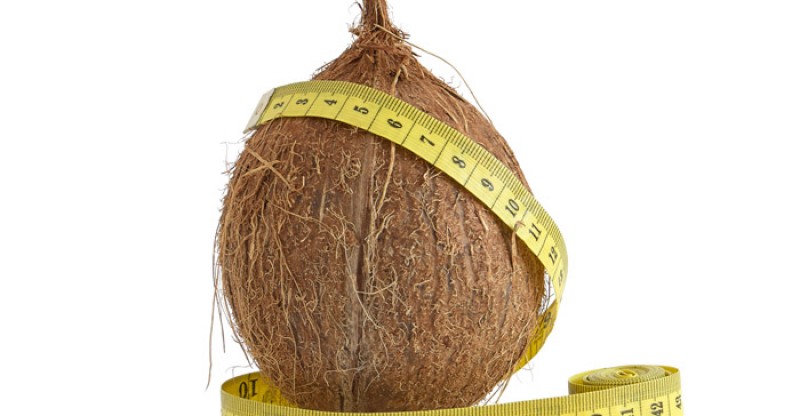 Health pioneers are keeping coconut oil in the front of health enthusiasts’ pantries by releasing some exclusive information – coconut oil can help you lose weight.

Many praise coconut as a superfood with medicinal power.

For centuries, coconut oil has been used in tropical cultures for its health benefits.

Studies show that the consumption of coconut oil leads to an increased amount of weight loss, compared to other oils (1).

Coconut oil contains a blend of healthful fatty acids, which have a positive effect on your metabolism and provide the body with a boost of energy.

But in this article, we’re looking at the science behind the ways that coconut oil can help you reduce fat and lose weight.

It may sound like an oxymoron to say that fat could help you lose weight, but that’s how coconut oil works.

The benefits of coconut oil are exploding in popularity amongst doctors and fitness enthusiasts.

MCFAs are metabolized differently than their long-chained cousins.

They begin in the digestive tract and are routed to the liver.

From the liver, these acids will then be turned into ketone bodies or consumed for energy.

Ketone bodies are water-soluble molecules that provide energy to your brain, muscles, and kidneys.

Another benefit of MCFAs is that they’ll help keep your blood sugar steady.

So they’ll help prevent extreme blood-sugar highs and lows, which could otherwise cause cravings for sweet, salty, and unhealthy items.

Obesity is an increasing problem, especially in Western society.

Carrying extra weight is uncomfortable, and it can also be dangerous for your health (especially lower-belly fat).

The fat that clings to your midsection (visceral fat) can build in your intestines, stomach, and organs.

And it’s been linked to cancer. Abdominal obesity can be especially dangerous.

If left unchecked, this form of obesity can lead to more serious issues in the future.

They include the increased risk of coronary events, cardiovascular disease, and Type 2 diabetes (2,3,4).

Getting rid of belly fat can be frustrating and challenging, but coconut oil may help you.

Research shows that coconut oil can have a positive effect on abdominal obesity, especially in women.

In a study, 40 females (all 20 to 40 years old) were given both coconut and soybean oil supplements every day for 12 weeks.

All participants also followed a routine of daily exercise and a low-calorie diet.

By the end of the trial, both groups had lost weight, but it was only the female participants decreased their belly fat (5).

Adding healthy fats to your diet can actually help boost your metabolism (7).

But not all fatty acids are going to mean healthy-boosting benefits for your body.

Long-chain fatty acids can be difficult for the body to transfer into energy.

Instead, the body will choose to store these acids as fat. But unlike long-chain fats, MCFAs helps your body oxidize fat.

Once consumed, MCFAs are immediately utilized as energy (through the ketone transformation).

One study revealed that participants who daily consumed 1-2 tablespoons of MCFAs burned an average of 120 extra calories per day (8).

These results showed an increased energy expenditure of 5% (840 extra calories per week).

This expenditure occurs because MCFAs speed up your metabolism and allow your body to burn more fat and calories, even when at rest.

In addition to boosting a sluggish metabolism, one study showed that coconut oil can actually increase the metabolic rate enough to burn off stored fat (9).

Coconut oil can also aid in digestion and help the body absorb fat-soluble vitamins, which leads to improved absorption of essential vitamins and minerals.

True weight loss happens when your body is using up more calories than it’s consuming.

Most people don’t count calories because they’d rather be in the dark about their daily intake.

And in reality, counting calories isn’t necessary for losing weight.

In other words, you’ll feel fuller for a longer period of time.

And the fuller your body feels, the fewer calories you’ll ingest.

In theory, you’ll decrease your daily caloric intake, which may suppress your desire to snack or binge.

In one study, six healthy men were placed on a high MCFA diet.

The results showed that each man ate an average of 256 fewer calories per day (12).

These results are partially due to medium-chain fatty acids.

Studies show that animals who partake in an MCFA diet ingest less food than animals on long-chain fatty diets (13).

A significant finding hasn’t yet been identified, but studies suggest that the appetite-suppressing effect of MCFAs may be due to a hormone (14).

This hormone might be released after MCFAs are consumed, which would then make your body feel full and satisfied.

Other studies suggest that coconut oil works to curb the appetite, due to the ketone bodies that your liver produces after ingesting the oil (15, 16).

Your body needs the energy to function. That’s why the caloric intake is so important for maintaining a healthy, active body.

When your blood sugar dips, you may be tempted to head straight for sugary drinks or snacks.

Sugar is a class of carbohydrates, which turns into energy and provides a quick boost.

Sugar works as a quick energy fix, but it’ll wreak havoc on your blood sugar and cause unnecessary spikes.

Studies show that participants reaching for energy in the form of sugary snacks reported feeling increased fatigue, reduced energy, and higher tension rates after one hour of consumption (17).

As mentioned, the MCFAs in coconut oil are converted into energy.

Unlike sugar, coconut oil can create an energy boost without disturbing insulin.

Consuming coconut oil before meals also lowers the glycemic impact of your meal, which helps prevent the spiking and dipping of blood sugar.

The fats found in coconut oil digest slower than carbohydrates.

In other words, your meals will be evenly digested, so they won’t disturb your blood-sugar levels.

All oils are not created equal.

Therefore, it’s important to choose the right kind of oil for weight loss.

Coconut oil is resistant to heat, which means solvents must be used to extract it.

It’ll have the highest preservation of micronutrients, and it’s been processed without any harmful chemicals and pesticides.

Quality coconut oil can easily be found in most supermarkets.

Coconut oil ranges anywhere from $5 to $20, depending on the brand.

You can use coconut oil in place of other fats (such as butter or vegetable oils).

Note that coconut oil is solid, so it shouldn’t be transferred to a spoon until it’s been melted.

You can easily melt coconut oil in a saucepan, but many find microwaving to be the most convenient method.

If you like coconut, coconut oil is a healthy, delicious choice.

With a subtle hint of coconut, this oil creates crispy coatings to protein dishes, which creates moist cakes and muffins.

If you don’t consume oil on a daily basis, some suggest liquefying the oil and drinking a spoonful twenty minutes before mealtime.

Then you can reduce your appetite and allow your body to feel fuller from smaller portions.

Coconut oil can also be used in herbal tea or other hot beverages.

It adds a smooth texture with a hint of coconut.

When beginning your coconut oil routine, you should consume very little at first.

Then as your body gets used to the oil, gradually increase the amount.

Consume coconut oil by the tablespoon (up to three times per day).

If you’d rather not swallow a spoonful of oil on a daily basis, coconut oil capsules are also available in drugstores.

Some studies show that the average American consumes at least 3 tablespoons of oil per day (18).

To reap its health benefits, replace unhealthy oils (such as palm oil) with coconut oil.

As a weight-loss method, coconut oil is becoming increasingly popular, but it’s important to remember that oil contains calories.

Some even argue that coconut oil is full of calories and should be avoided if you’re trying to lose weight.

Oil is fat. According to the United States Department of Agriculture, one cup of coconut oil contains 1,945 calories (19).

Regardless, the calories found in coconut oil aren’t going to metabolize the same way the calories in a cheesecake would.

In other words, it burns calories faster (and increases more energy expenditure) than other fats with the same amount of calories (20).

Because of the metabolic benefits of this oil, these calories shouldn’t have a negative effect on your weight.

As a general rule, don’t exceed more than three tablespoons of coconut oil per day.

As long as you’re using this oil in moderation and don’t have any coconut allergies, you shouldn’t experience any side effects.

In fact, studies show that coconut oil can actually quell side effects from other medications and cancer treatments (21).

Symptoms of a coconut allergy include respiratory reactions (such as difficulty breathing, shortness of breath, and wheezing).

Other symptoms include hives and lightheadedness, but these symptoms are rare.

With the magic of MCFAs on your metabolism, coconut oil can help with weight loss and aid in weight maintenance.

As with any foods, consume the oil in moderation to avoid unnecessary weight gain.

Still not convinced that coconut oil does the trick?

One study found that those who eat coconut oil daily reduce their overall body fat and reduce their waistline (22).

Coconut oil should earn its place in your pantry as a must-have dietary staple.

Diet and exercise play an important part in weight loss.

To maintain a healthy body, doctors recommend a well-balanced diet and at least 30 minutes of physical activity per day.

Weight-loss benefits aside, there are plenty of health benefits that come with adding coconut oil into your daily diet.

Coconut oil may not give you rippling abs, but making small changes to your diet (such as switching from olive oil to coconut oil) can have a huge impact on your health over time. 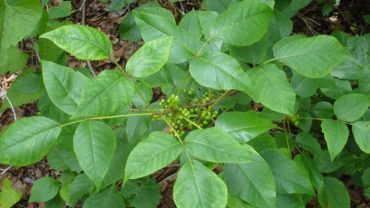